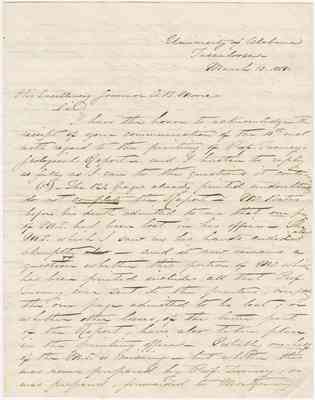 His Excellency Governor A.B. Moore, Sir, I have the honor to acknowledge the receipt of your communication of the 10th inst with regard to the printing of Prof. Tuomey's geological Report - and I hasten to reply as fully as I can to the questions it contains. (1) The 124 pages already printed undoubtedly do not complete the Report - Mr. Bates before his death admitted to me that one page of M.S. had been lost in his office - The M.S. which I saw in his hands ended (also) abruptly - and it now remains a question whether this portion of M.S. which has been printed inclues all that Prof. Tuomey ever sent to the printeres, excepting the one page admitted to be lost; or whether other losses, of the letter part of the Report, have also taken place in the printing office - Probably one-half of the M.S. is missing - but whether this was never prepared b y Prof. Tuomey or was prepared, forwarded to Montgomery 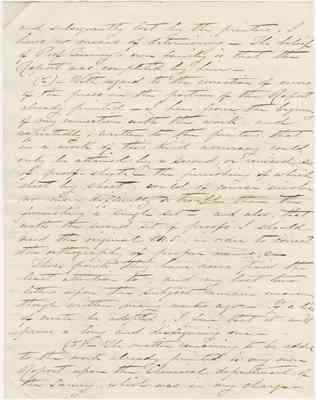 and subsequently lost by the printers, I have no means of determining. The belief of Prof. Tuomey's own familiy is that the Report was completed by him. (2) With regard to the correction of errors of the press in the portion of the Report already printed - I havae from the beginning of my connection with the work, and respeatedly, written to the printers, that in a work of this kind accuracy could only be attained by a second or revised set of proof-sheets The furnishing of whivch sheet by sheet, could of course invoke no more difficulty or trouble then the furnishing a single set and also that with the second set of proofs, I should need the original M.S., in order to correct the orthography of proper nouns. These points they have never paid the least attention to, and my last two letters upon the subject remain unanswered though written many weeks ago - If a line of errata be adopted, I fear that it will prove a long and disfiguring one - (3) The matter remaining to be added to the work already printed is my own Report upon the Chemical department of the Survey, which was in my charge - 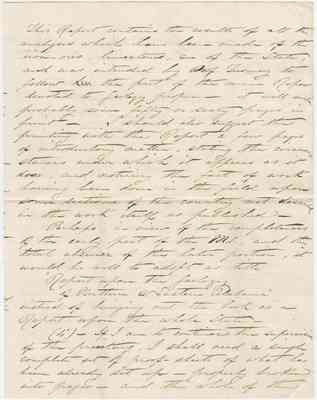 This Report contains the results of all the analyses which have been made of the iron - ores, limestones, and of this State, and was intended by Prof. Tuomey to follow the part of the main Report directed to geology proper - it will make probably some fifty or sixty pages in print - I should also suggest the printing with the Report a few pages of introductory matter, stating the circumstances under which it appears as it does, and nothoing the fact of work having been done in the field upon some sections of the country not described in the work itself as published - Perhaps in view of the completeness of the early part of the M.S., and the totwl absence of the later protion, it would be well to adopt as title "Report upon the geology of Northern & Eastern Alabama" instead of bringing out the book as a Report upon the whole State - (4) If I am to continue the supervision of the printing, I shall need a single complete set of proof sheets of what has been already set up - properly broken into pages - and the whole of this 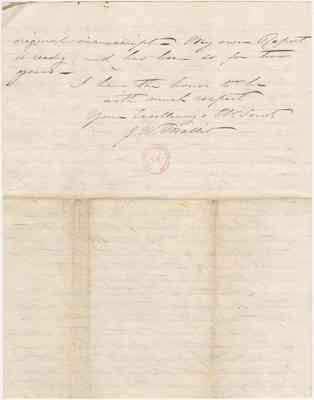 original manuscript - My own Report is ready and has been so for two years - I have the honor to be with much respect Your Excellency's Ob't Serv't J.W. Mallet

Last edit 12 days ago by aeide
Displaying all 4 Page