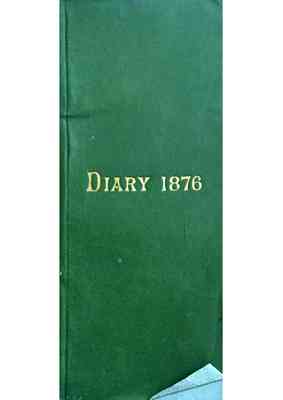 Last edit about 1 year ago by JessvK 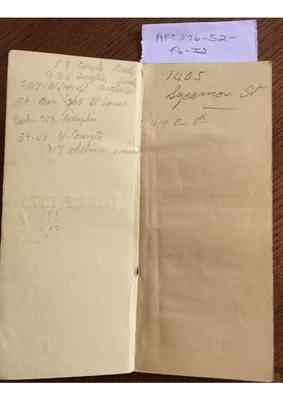 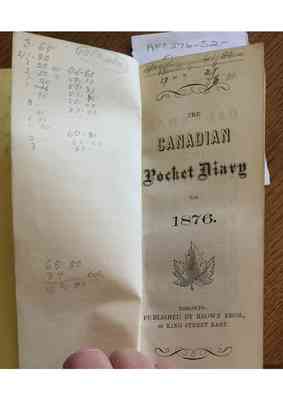 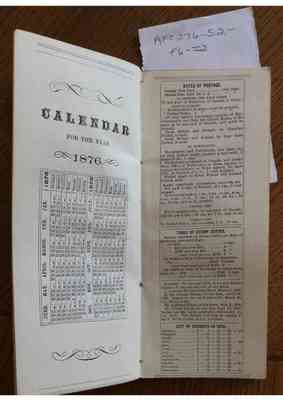 ON LETTERS, PER HALF OUNCE

Newspaperas and Periodicals, less than one oz. of each, posted singly, prepaid, 1/2 cent each ; if under 4 ozs., 1 cent.

Printed and published in Canada, and posted from Office of Publication or News Agency, to regular Subscribers of News Agents, for each 1lb., or fraction of 1lb., 1 cent, prepaid.

Posted singly to Great Britain and Ireland, 2 cents each.

Eclipses - In the year 1876, there will be two Eclipses of the Sun and two of the Moon. 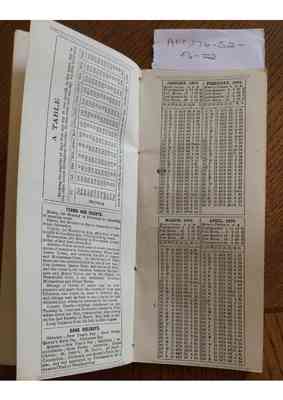 TERMS AND COURTs. Hilary, 1st Monday in February to Saturday of ensuing week. Easter, 3rd Monday in May to Saturday of 2nd week thereafter. Trinity, 1st Monday in Aug. after 21st of said month to the Saturday of the following week. Michaelmas, 3rd Monday in November to Saturday of 2nd week thereafter. Assizes-Twice in ech year in every county ot union of counties in Ontario, between Hilary and Easter Terms, and between the 21st of August and Michaelmas Term. In the County of York there are two additional Courts, one in the vacation between Easter Term and the 1st of July, and the other in the vacation between Michaelmas and Hilary Terms, and in the County of Wentworth there is one additional between Michealmas and Hilary Terms. Sittings of Courts of Assize may be held separate and apart from the Courts of Oyer and Terminer, and either on same or different say, and sittings may be held in any County for trial without Jury whenever directed by the Courts. County Courts.-Sittings commence on 2nd Tuesday in June and December, except in York where there are four, commencing respectively on the 2nd Tuesday in March, May, Sepy. & Dec. Long Vacation from 1st July to 21st August. BANK HOLIDAYS. Ontario.- New Year's Day; Good Friday, Queen's Birth Day; Christmas Day. Quebec.-New Year's Day; Epiphany; Annunciation; Good Friday; Ascension; Corpus Christi; St Peter's; St. Paul's; All Saints; Conception; Christmad and Queen's Birth Day; also, any day appointed by Proclamation for a General Fast or Thanksgiving. [Right column] [Left side] January 1876. Moon's Phases D. H. M. First Quarter 4 10 06 M Full Moon.. 11 1 05 M Last Quarter 18 3 32 M New Moon.. 26 8 24 M February 1876. Moon's Phases.
Last edit 4 months ago by KevindenDunnen
← Previous 1 2 3 4 5 6 Next →
Displaying Page 1 - 5 of 30 in total