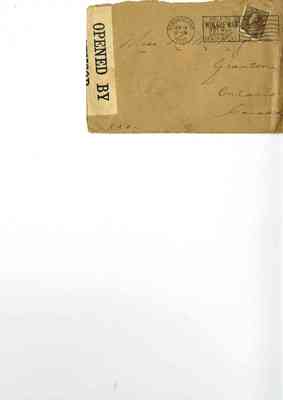 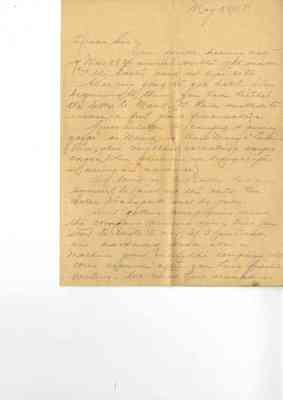 Your epistle bearing date of Mar. 28th arrived on the 17th inst. and the Easter card on Apr. 30th.

Was very glad to get both. Was beginning to think you had hitched the letter to Maud and had omitted to enclose a few giant firecrackers.

Guess I better be careful or "perenez garde" as Maud is Aunt Mary s' Ladies Aid, also neighbors collecting corps cage. (Where prisoners are brought after or during an advance)

As long as A [Baden?] has a squirrel to pick up the nuts his motor transport will be jake.

Am getting suspicious about the company arriving every time you start to write to me. If I put out an advanced post also a machine gun crew, the company will come around after you have finished writing. We must have discipline. 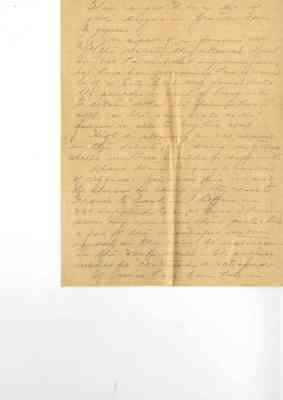 There ought to be a lot of good singers in Grantonapres le guerre [French for after the war or meaning postwar].

You spoke of a farmers' club and the results they attained. Now I'm not handing out any won jars, but have been wondering how it would be if a City Club was formed with the purpose in view, of being able to obtain what the farmer has to sell at the same rate as the farmer is able to buy his coal.

High explosives are not allowed in this debate, so seeing one of those shells in three months is sufficient.

About them buying barload of coffins. You new Sis it would be almost as cheap if they came to France to cash in. Coffins are not supplied here, at best I haven't seen any around these parts. Saw a few of the dissatisfied ones over anyways so they can be [??] in the next world. The subject would be "contented or satisfield." If Jessie had been here in

Last edit 9 months ago by logiebear 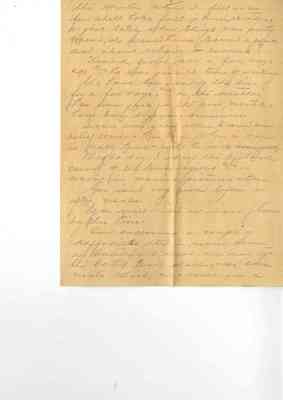 3 the winter when I fell in a few shell holes full of mud + water for just lately when things were pretty warm she would have learned a great deal about religion - minus? Heard from Jack a few days ago and he was jake at time of writing We have been out of the line for a few days and as the weather has been jake for the past month have been enjoying ourselves I sure was glad when I saw our relief coming this trip When a man is really tired well he is no damn good Might say I saw the left hand corner of the lower regions and it wasnt in moving pictures either Gas isn't very good before or after meals You will know all about J Evans by this time Am enclosing a couple of daffodils that I picked from a battlefield about one day after the battle took place also some violets which are growing in a 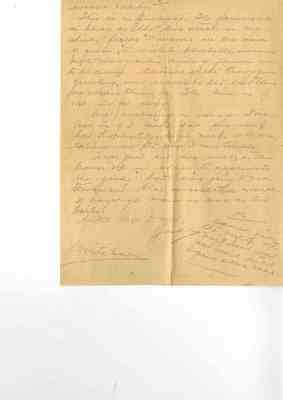 4 woods nearby This is a fine spot. The farmers are as busy as the live stocks in my shirt, fields and woods are one mass of green, and violets, bluebells, daisies and many other kinds of flowers are to be seen. Outside of the heavy guns growling, war would be the last thing one would think of. The line is not very far away Am enclosing a snap. It may look as if I could eat pig iron, but honestly, wire nails of large calibre are the most I can handle. Hope you all are well, as this leaves me in shape to appreciate this good ? bath we're going to get tomorrow. Was innoculated a couple of day ago + am as sore as two boils. With love to all Jack ps/ cannot find the violets + the mail boat will not wait until I pick some more Write soon