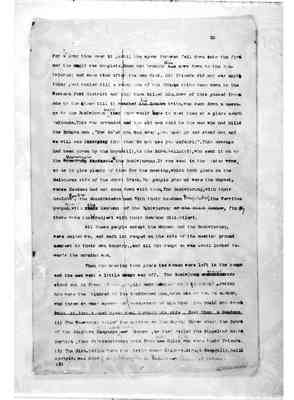 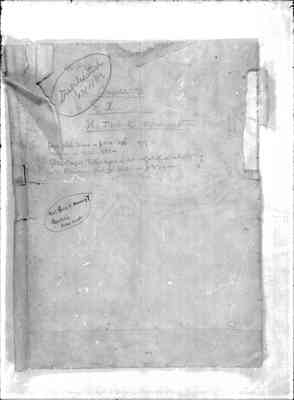 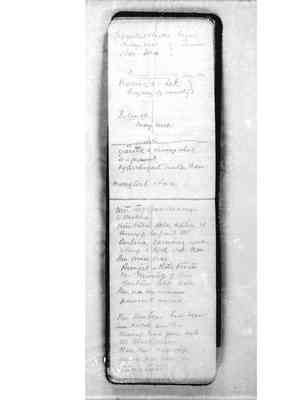 [Beyond? or legend?] sections are theWarri-je-[lek?]long way off country

This man was Bunjil - Kŭr būrū[no?] Mūrŭp of this [Kurbŭru?] [held? or had?] him This was the mans personal name.

This bear had been killed and his Mūrŭp had gone into the blackfellow. Then the Mūrŭp would find him a [fūngūrū?]

Last edit over 1 year ago by Christine 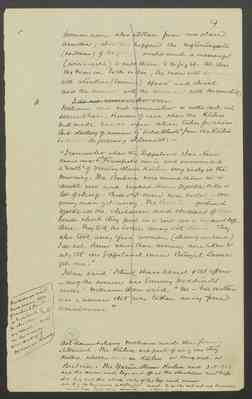 [I do not remember cases - crossed out]

William did not remember or rather did not seem to have known of cases where the Kūlin had made raids upon alien tribes for wives. As to stealing of women by "Wild Blacks" from the Kūlin he made the following statement: -

“I remember when the Gippsland Ber-biracame over to where Mansfield now is and surrounded a “mob” of Yeerŭng illum Kūlin very early in themorning. The Berbira were round them in a double row and rushed them together like a lot of sheep. Three old men were killed. One young man got away. The Berbira gathered together all the children and chopped off their heads which they put in a row on a log and left there. They took the bodies away with them. They also took away five women (showing one hand). I do not know where these women were taken to only that one Gippsland man Būnjil Laena got one.”

I then said “I think I have heard of that affair– one of the women was Tommy Hoddinot’smother”. William then said “No – his mother was a woman that was taken away from Cranbourne.”

4As to Cannibalism William made the following statements. The Kūlin eat parts of any one theykilled whether he was Kūlin or Mey met or Berbira. The Yerŭn illum Kulin and 3. 5. 7. 13 eat the arms and legs cut off at the shoulders and hips. Nos 6. 9 eat the skin only of the legs and arms.Nos 8 . 9 the legs arms & kidney fat and 2. 4. 12 eat not only the arms and legs but also drank the blood.

[written in left side margin]This woman would have been crow if a native of Cranbourneor Eagle hawk if from elsewhere. Note my remarks in K + Kre this woman when speaking of McLennan's theories. 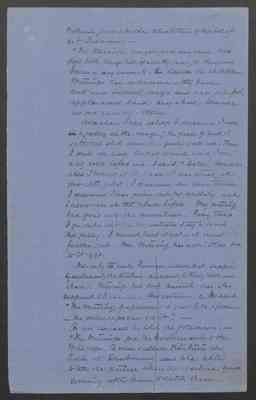 16William gave a further illustration of his belief as to Dreams: “The Mūrŭps can get food any where. With their little things like spears they can get KangaroosEmus – any animals. Besides the Whitefellows Mūrŭps can do the same – they have carts and bullock drays and can get food, apples and bread anywhere, because no one can see them.

Once when I was asleep I dreamed I was in a gully in the ranges; the piece of rock I sate on slid down the gully with me. Then I stood up and looked round and I saw a big rock before me. I said “Hallo! because when I looked at it I saw it was stuck all over with gold. I dreamed this three times. I dreamed I was going out for wallaby and I never was at that place before. My Mūrŭp had gone into the mountains. Every time I go out into the mountains I try to find this gully. I cannot find it yet – it must be further out. My Mūrŭp has not taken me to it yet.

Not only [is - crossed out] was each human individual supposed [by William - crossed out] by the Kūlin according to King Williamto have a Mūrŭp but each animal was also supposed to have one. For instance as he said “The Mūrŭp of a possum is just like a possum – the wirriraps can see it”.

As an instance he told the following: - “The Mūrŭp give the Coroboree songs to the Wiriraps. A man called Kŭrbūrū who lived at Dandenong used to be able to tell the Kūlin when the Berbira were coming after them to catch them.

Show pages that mention Berbira in all works