hw0164 Notes on the Maneroo and Ngarigo 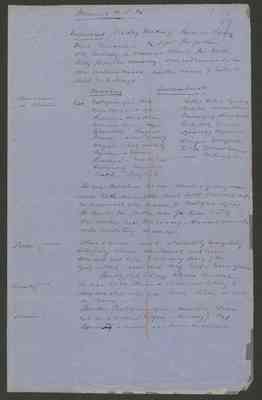 Maneroo NSW17 Informant Charley Nuking. Born at Reedy Flat Maneroo NSW. His father Old Nuking a Maneroo Black his mother Kitty from the Murray. Does not remember his own native name nor the name of the tribe to which he belongs.

He says that when he was ‘made a young man’ and had one of his front teeth knocked out he received the name of “Naldjana djan”He thinks his father was YukimbūrkHis mother was Miroong. Cannot remember rules regulating marriage.

Property –When a man died absolutely everything belonging to him was buried with him. They did not like to see any thing of his lying about nor did they talk of him again.

Show pages that mention Old Nuking in all works