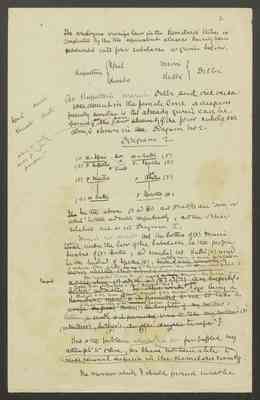 The analogous marriage law in the Kamilaroi tribes is complicated by the two equivalent classes having been subdivided into four subclasses as given below.

As Kupathin marries Dilbi, and vice versa with descent in the female line a diagram precisely similar to that already given can be framed. The marriage law of the four subclasses above, is shown in Diagram No. 2.

This is the problem which has so far baffled my attempts to solve, as I have not been able tomake personal enquiries in the Kamilaroi country

The manner which I should proceed would be

Which is not necessary for my presentpurpose

Show pages that mention Kupathin in all works