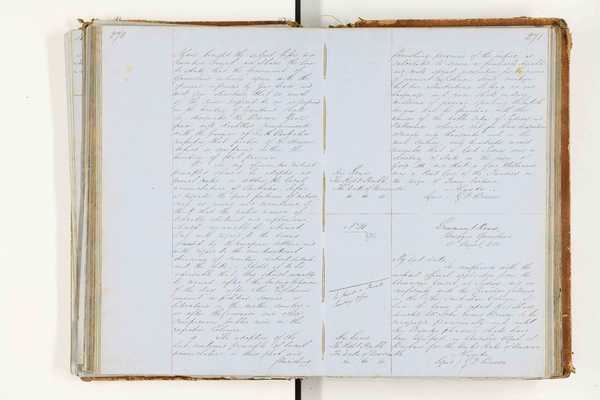 I have brought the subject before my Executive Council and I have the honor to state that the government of Queensland entirely agrees with the opinions expressed by Your Grace, and will give directions that so much of the river referred to as is comprised in the territory of Queensland shall be designated the Barcoo. Your Grace will doubtless communicate with the governor of South Australia respecting that portion of the stream which is comprised within the territory of that province.

3. In my opinion, two distinct principles should be adopted, as general rules, in settling the local nomenclature of Australia. So far as regards the great features of nature, such as rives and mountains, I think that the native names, if tolerably distinct and euphonious, should invariably be retained. But with regard to the towns founded by the European settlers, and with regard to the new territorial divisions of counties, electoral districts, and the like, — I hold it to be advisable that they should usually be named after the leading Statesmen of the day, after other Englishmen eminent in politics, science, or literature in the mother-country, — or after the Governors, and other conspicuous public men in the respective Colonies.

4. The adoption of the last-mentioned principle of local nomenclature in these great and flourishing

His Grace The Right Honble. The Duke of Newcastle &c. &c. &C.

flourishing provinces of the Empire, is calculated to secure a peculiarly durable and wide-spread recognition for the names of eminent Englishmen. I will mention but two illustrations. So long as our language and race shall endure, millions of persons speaking the English tongue will be familiar with the names of the noble cities of Sydney and Melbourne, whereas, but for these designations, already only thousands, and in the next century, only hundreds would remember that a Lord Sydney was a Secretary of State in the reign of George III, and that a Lord Melbourne was a First Lord of the Treasury in the reign of Queen Victoria.

His Grace The Right Honble. The Duke of Newcastle &c. &c. &.c

In compliance with the enclosed official application from the American Consul at Sydney, and in conformity with the practice followed in the other Australian Colonies, I have the honor to report that I have directed Mr. John Evans Brown to be recognized, provisionally, and until Her Majesty's pleasure shall have been signified, as Consular Agent at Brisbane for the United States of America.

Show pages that mention Lord Sydney in all works