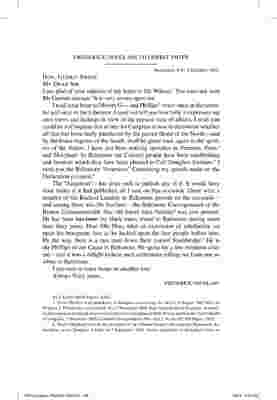 Rochester[, N.Y.] 8 Oct[ober] 1865. HON. GERRIT SMITH MY DEAR SIR: I am glad of your opinion of my letter to Mr Wilson.1 You have not seen Mr Garnets answer.2 It is very severe upon me.

I read your letter to Messrs G— and Phillips3 twice: once in the cercular and once in the Liberator. I need not tell you how fully it expresses my own views and feelings in view of the present state of affairs. I wish you could be in Congress this winter for Congress is now to determine whether all that has been fairly purchased by the patriot blood of the North—and by the brave negroes of the South, shall be given back again to the spoilers of the Nation. I have just been making speeches in Vermont, Penn.4 and Maryland. In Baltimore the Colored people have been establishing and Institute which they have been pleased to Call Douglass Institute.5 I send you the Baltimore “American” Containing my speech made on the Dedication occasion.6

The “American"—has done well to publish any of it. It would have done better if it had published all I said on that occasion. There were a number of the Radical Leaders in Baltimore present on the occasion— and among them was Mr Snethen7—the Baltimore Correspondent of the Boston Commonwealth. Our old friend John Needles8 was also present. He has been has been the black mans friend in Baltimore during more than forty years. Dear Old Man, what an expression of satisfaction sat upon his benignant face as he looked upon the free people before him. By the way, there is a rare man down there named Stockbridge.9 He is the Phillips of our Cause in Baltimore. He spoke for a few moments after me—and it was a delight to hear such sentiments rolling out from one so white in Baltimore.

I am soon to leave home on another tour. 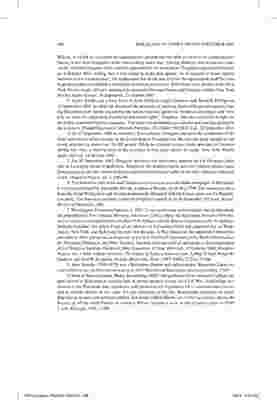 Wilson, in which he criticized the organization and rejected the offer to serve as its representative. Garnet wrote that Douglass’s letter was nothing more than “glaring fallacies and erroneous statements” and that Douglass alone stood in opposition to the association. Douglass responded to Garnet on 4 October 1865, writing that it was unfair to make him appear “as if opposed to those highest interests of our common race.” He emphasized that he did not criticize the organization itself but only its proposed plan to establish a combined monument and school. Both letters were printed in the New York Weekly Anglo-African, making this argument between Garnet and Douglass public. New York Weekly Anglo-African, 16 September, 21 October 1865.

3. Gerrit Smith sent a long letter to both William Lloyd Garrison and Wendell Phillips on 12 September 1865, in which he discussed the necessity of securing black suffrage and equality during Reconstruction. Smith argued that the nation must not ignore the freedman any longer and “shut him out from the enjoyment of political and social rights.” Douglass, who also continued to fight for the ballot, supported Smith’s argument. This letter was published as a circular and was also printed in the Liberator. Printed Ephemera Collection Portfolio 126, Folder 15b, DLC; Lib., 22 September 1865.

4. On 22 September 1865 in Avondale, Pennsylvania, Douglass attended the celebration of the third anniversary of the issuing of the Emancipation Proclamation. He was the main speaker at the event, attended by more than 20,000 people. While he claimed to have made speeches in Vermont during this time, a confirmation of his activities in that state cannot be made. New York Weekly Anglo-African, 14 October 1865.

6. The Baltimore American and Commercial Advertiser was the oldest newspaper in Maryland. It was first published by Alexander Martin, a native of Boston, on 14 May 1799. The American was a firm ally of the Whig party and became prominently identified with the Union cause and the Republican party. The American carried a report of Douglass’s speech in its 30 September 165 issue. Scharf, History of Baltimore, 609.

7. Worthington Garrettson Snethen (c. 1805-?) was an attorney and journalist born in Maryland. He published the New Orleans Morning Advertiser (1842), edited the Baltimore Patriot (1859-60), and served as a correspondent for the New York Tribune and the Boston Commonwealth. In addition, Snethen compiled The Black Code of the District of Columbia (1848) and practiced law in Washington, New York, and Baltimore for over two decades. A War Democrat, he supported Frémont for president in 1864 and served as chairman of the Sub-National Committee of the Radical Democracy for Maryland, Delaware, and West Virginia. Snethen both reported on and spoke at the inauguration of the Douglass Institute. Frederick (Md.) Examiner, 15 June 1864; Lib., 13 October 1865; Douglass Papers, ser. 1, 4:86; Andrew Johnson, The Papers of Andrew Johnson, eds., LeRoy P. Graf, Ralph W. Haskins, and Paul H. Bergeron, 16 vols. (Knoxville, Tenn., 1967-2000), 5:221n, 7:434n.

8. John Needles (1786-1878) was a Baltimore Quaker and cabinetmaker. Benjamin Lundy recruited him to the abolitionist movement in 1831. Merrill and Ruchames, Garrison Letters, 5:207.

9. Born in Massachusetts, Henry Stockbridge (1822—96) graduated from Amherst College and then moved to Baltimore to practice law. A strong unionist during the Civil War, Stockbridge was elected to the Maryland state legislature and sponsored the legislation for a constitutional convention to abolish slavery in that state. For the remainder of his life, Stockbridge remained an active Republican in state and national politics. Frederick Clifton Pierce, ed., Field Genealogy: Being the Record of All the Field Family in America Whose Ancestors were in this Country prior to 1700, 2 vols. (Chicago, 1901), 1:165.