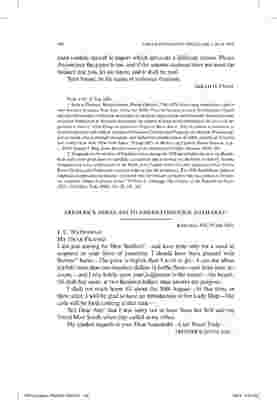 must confine myself to papers which advocate a different course. Please discontinue the paper to me, and if the amount enclosed does not meet the balance due you, let me know, and it shall be paid. Your friend, In the cause of universal freedom, HIRAM PUTNAM.

1. Born in Danvers, Massachusetts, Hiram Putnam (1786-1874) was a long-tenured sea captain who moved to Syracuse, New York, in the late 1820s. There he became active in the Unitarian Church and contributed much of his time and money to the local congregation until his death. Putnam became an ardent abolitionist in Syracuse and gained the respect of many local abolitionists for his vocal opposition to slavery. After Congress passed the Fugitive Slave Act of 1850, he joined a committee of local abolitionists and publicly denounced President Fillmore and Congress. In addition, Putnam supported social reform through education, and backed the establishment of public schools in Syracuse and central New York. New York Times, 20 July 1852; In Memory of Captain Hiram Putnam, (n.p., c. 1874); Samuel J. May, Some Recollections of our Antislavery Conflict (Boston, 1869), 350.

2. To appeal to a broad base of Northern voters during the 1856 presidential election, the Republican party took great pains to repudiate accusations that it favored the abolition of slavery. Despite disappointing many abolitionists in the North, party leaders knew that they needed to attract former Know-Nothing and Democratic voters in order to win the presidency. The 1856 Republican platform emphasized opposition to slavery’s extension into the western territories, but was content to let slavery continue “where it already exists.” William E. Gienapp, The Origins of the Republican Party, 1852-1856 (New York, 1988), 331-38, 347, 362.

Rochester[, N.Y.] 29 July 1856. J. C. HATHAWAY: MY DEAR FRIEND: I am just leaving for New Bedford2—and have time only for a word in response to your favor of yesterday. I should have been pleased with Burnes’3 horse—The price is higher than I wish to go—I can not allow mySelf more than two hundred dollars in horSe flesh—and from your account,—and I rely Solely upon your judgement in the matter—the beautiful dark bay mare, at two hundred dollars must answer my purpose.

I shall not reach home till about the 20th August—At that time, or there after, I will be glad to have an introduction to her Lady Ship—The cash will be forth coming at that time—

Tell Dear Ann4 that I was sorry not to have Seen her Self and my friend Miss Smith when they called at my office.

My kindest regards to your Dear household—I am Yours Truly— 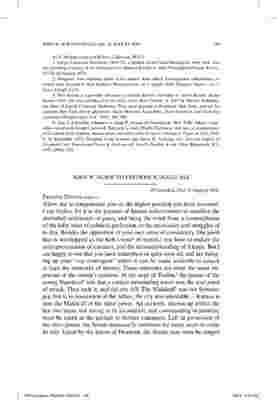 3. This Barnes is a possible reference to Samuel Barnes, the father of Aaron Barnes. Aaron Barnes (1819-48) was introduced to his wife, Anna Mott Cornell, in 1847 by Phoebe Hathaway, the sister of Joseph Comstock Hathaway. They were married in Rochester, New York, and left for southern New York shortly afterward. Adam Mott and Anne Mott, Their Ancestors and Their Descendants (Poughkeepsie, N.Y., 1890), 186, 369.

Philadelphia, [Pa.] 24 Aug[ust] 1856. FRIEND DOUGLASS:— Allow me to congratulate you on the higher position you have assumed. I say higher, for it is the greatest of human achievements to sacrifice the cherished sentiments of years, and bring the mind from a contemplation of the lofty ideal of political perfection, to the necessities and struggles of to-day. Besides the opposition of your own sense of consistency, (the jewel that is worshipped as the Koh-i-noor2 of morals,) you have to endure the misrepresentation of enemies, and the misunderstanding of friends. But I am happy to see that you have triumphed in spirit over all, and are bringing up your “war contingent” where it can be made available to assault at least the outworks of slavery. These outworks are often the most important of the enemy’s position. At the siege of Toulon,3 the genius of the young Napoleon4 saw that a certain outstanding tower was the true point of attack. They took it, and the city fell. The Malakoff5 was not Sebastopol, but it, in possession of the Allies, the city was untenable.—Kansas is now the Malakoff of the slave power. An outwork, thrown up within the last two years, but strong in its foundation, and commanding in position, must be taken as the prelude to further conquests. Left in possession of the slave power, the Senate necessarily continues for many years to come its ally. Taken by the forces of Freedom, the Senate may soon be ranged