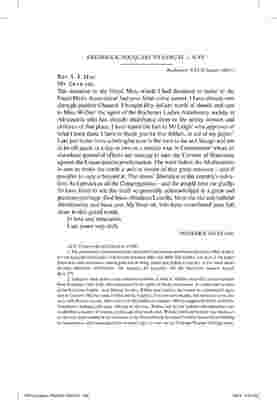 FREDERICK DOUGLASS TO SAMUEL J. MAY

Rochester[, N.Y.] 28 January 1863[.] REV S. J. May. MY DEAR SIR. The donation to the Freed Men, which I had designed to make to the Freed Men’s Association1had your letter come sooner, I have already sent through another Channel. I bought fifty dollars worth of shawls and sent to Miss Wilbur2 the agent of the Rochester Ladies Antislavery society at Alexandria who has already distributed them to the needy women and children of that place. I have stated the fact to Mr Leigh3 who approves of what I have done. I have to thank you for five dollars, in aid of my paper.4 I am just home from a fortnights tour in the west as far as Chicago and am to be off again in a day or two on a similar tour in Connecticut5 where as elsewhere powerful efforts are making to turn the Current of Sentiment against the Emancipation proclamation. The work before the Abolitionists is now to make the north a unit in favour of that great measure—and if possible to cary it beyond it. The slaves’ liberation is the country’s salvation. So I preach in all the Congregations—and the people hear me gladly. To have lived to see this truth so generally acknowledged is a great and precious privilege. God bless Abraham Lincoln, bless the old and faithful Abolitionists and bless you, My Dear sir, who have contributed your full share to this grand result,

In love and veneration I am yours very truly FREDERICK DOUGLASS.

1. The prominent Unitarian minister and active Garrisonian abolitionist Samuel J. May worked for the Syracuse Freedmen’s Aid Society between 1863 and 1869. The society was part of the larger freedmen’s aid movement, whose goal was to bring social and political equality to the freed slaves through education. McPherson, The Struggle for Equality, 386-88; Yacovone, Samuel Joseph May, 175.

2. Douglass likely refers to the antislavery efforts of Julia A. Wilbur (1815-95), a white Quaker from Rochester, New York, who advocated for the rights of blacks and women. A teacher and member of the Rochester Ladies’ Anti-Slavery Society, Wilbur was hired by the society as a freedmen’s agent and in October 1862 was sent to Alexandria, Virginia, to assist contrabands. She formed a close alliance with Harriet Jacobs, who arrived in Alexandria in January 1863 to support Wilbur’s activities. Sometimes clashing with army officials in the area, Wilbur and Jacobs assisted schoolteachers and established a number of sewing circles and other work sites. Wilbur continued to help free blacks after the war, most notably at her residence in the Pennsylvania Freedmen’s Relief Association building in Georgetown, and campaigned for women’s right to vote via the National Woman Suffrage Asso- 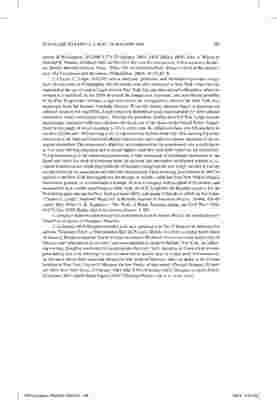 3. Charles C. Leigh (1812-95) was a merchant, politician, and Methodist Episcopal clergyman. He was born in Philadelphia, but his family soon after relocated to New York, where he was orphaned at the age of twelve. Leigh lived in New York City and then moved to Brooklyn, where he worked as a merchant. In the 1850s he joined the temperance movement, and was elected president of the City Temperance Alliance. Leigh was elected on a temperance ticket to the New York state legislature from the Seventh Assembly District. When the slavery question began to dominate all political issues in the mid-1850s, Leigh joined the Republican party and attended the 1856 national convention, which nominated John C. Frémont for president. During the Civil War, Leigh became increasingly concerned with race relations and the future of the slaves in the United States. Sympathetic to the plight of slaves escaping to Union army lines, he called on others who felt similarly to attend a 22 February 1862 meeting at the Cooper Institute in New York City. This meeting led to the formation of the National Freedmen’s Relief Association, and Leigh was chosen chairman of the executive committee. The association’s objective, with support from the government, was to treat blacks as free men, offering education and financial support until they were able to provide for themselves. The government gave the association permission to take possession of abandoned plantations in the South and direct the work of freedmen there. In addition, the association established schools in occupied Southern areas, employing hundreds of teachers throughout the war. Leigh traveled to Europe to raise funds for the association and met with great success. Upon returning from Europe in 1867, he applied to the New York state legislature for the right to secure a cable line from New York to France. Permission granted, he traveled back to Europe, formed a company with a capital of $5 million, and successfully laid a cable from France to New York. In 1872, Leigh left the Republican party for the Prohibition party and ran for New York governor (1872) and mayor of Brooklyn (1881) on that ticket. “Charles C. Leigh," National Magazine: A Monthly Journal of American History, 19:406, 413-19 (April-May 1894); G. K. Eggleston, “The Work of Relief Societies during the Civil War," JNH, 14:277 (July 1929); Ripley, Black Abolitionist Papers, 1: 553.

4. Douglass failed to acknowledge the contribution from Samuel J. May in the erratically published lists of donors in Douglass’ Monthly.

5. In January 1863, Douglass traveled west on a speaking tour. On 19 January, he delivered the address “Truth and Error” at Metropolitan Hall in Chicago, Illinois. In a letter to Gerrit Smith dated 28 January, Douglass reported that he had just returned to Rochester from a two-week lecture tour in Chicago and “other places in the west” and was scheduled to speak in Buffalo, New York, the following evening. Douglass continued his lecturing into February 1863, speaking in Connecticut at some point during this time. Although he did not mention the specific date he would speak in Connecticut, he was most likely there sometime during the first week of February, since he spoke at the Cooper Institute in New York City on 6 February, the first Friday of that month. Chicago Tribune, 19 January 1863; New York Times, 5 February 1863; DM, 5:793 (February 1863); Douglass to Gerrit Smith, 28 January 1863, Gerrit Smith Papers, NSyU; Douglass Papers, ser. 1, 3: xxxiv-xxxv.