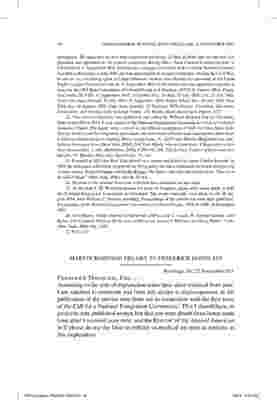 movements. He organized the first state convention for blacks in Ohio in 1844, and was elected vice president and appointed to the central committee during Ohio’s State Colored Convention held in Cleveland on 11 September 1852. Jenkins was a delegate from Ohio at the Colored National Convention held in Rochester in July 1853, and was appointed to its finance committee. During the Civil War, he served as a recruiting agent at Camp Delaware. Jenkins was elected vice president of the Equal Rights League Convention held on 21 September 1865 in Cleveland and was appointed sergeant at arms for the 1867 State Convention of Colored People in Columbus. 1870 U.S. Census, Ohio, Franklin County, 55; FDP, 15 September 1843, 1 October 1852, 20 May, 15 July 1853; Lib., 21 July 1865; Daily Cleveland Herald, 25 July 1863, 21 September 1865; Ripley (Ohio) Bee, 10 July 1867; New York Age, 16 January 1892; Ohio State Journal, 25 February 1870; Delany, Condition, Elevation, Emigration, and Destiny of the Colored People, 118; Ripley, Black Abolitionist Papers, 4:73.

22. The Aliened American was published and edited by William Howard Day in Cleveland, Ohio, from 1853 to 1854. It was created at the National Emigration Convention as a rival to Frederick Douglass’ Paper. The paper, which served as the official mouthpiece of both the Ohio State AntiSlavery Society and the emigration movement, met with much criticism and ceased publication when it failed to obtain adequate funding. Henry Louis Gates, Jr., and Evelyn Brooks Higginbotham, eds., African American Lives (New York, 2004), 219; Todd Mealy, Aliened American: A Biography of William Howard Day, 2 vols. (Baltimore, 2010), 1:204-05, 209, 224; Levine, Politics of Representative Identity, 97; Rhodes, Mary Ann Shadd Cary, 76, 114.

23. Founded in 1835, the New York Herald was owned and edited by James Gordon Bennett. In 1850 the newspaper editorially supported the Whig party, but had a reputation for balanced reporting of news events. Richard Kluger and Phyllis Kluger, The Paper: The Life and Death of the “New York Herald Tribune” (New York, 1986), 44-46, 63-64.

24. No issue of the Aliened American with Jenkins’s statement has survived.

25. At the time J. M. Whitfield penned his letter to Douglass, plans were being made to hold the National Emigration Convention in Cleveland. The event eventually took place on 24-26 August 1854, with William C. Munroe presiding. Proceedings of the convention were later published. Proceedings of the National Emigration Convention of Colored People, 1854, 9; FDP, 18 November 1853.

According to the note of explanation some time since received from you,1 I am satisfied to exonerate you from any design at disparagement, in the publication of the private note from me in connection with the first issue of the Call for a National Emigration Convention.2 This I should have, in justice to you, published sooner, but that you were absent from home some time after I received your note; and the EDITOR3 of the Aliened American will please do me the favor to publish so much of my note as pertains to this explanation

Last edit over 1 year ago by ginnymc 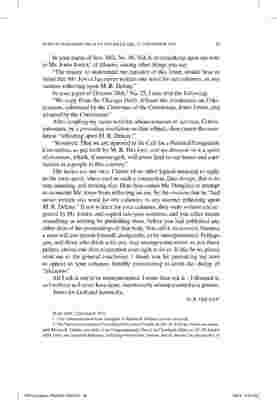 “The reader, to understand the injustice of this letter, should bear in mind that Mr. JONES has never written one word for our columns, in any manner reflecting upon M. R. Delany.”

“We copy from the Chicago Daily Tribune the resolutions on Colonization, submitted by the Chairman of the Committee, JOHN JONES, and adopted by the Convention.”

After coupling my name with the odious enemies of our race, Colonizationists, by a preceding resolution on that subject, then comes the resolution “reflecting upon M. R. Delany:”

“Resolved, That we are opposed to the Call for a National Emigration Convention, as put forth by M. R. DELANY; and we discover in it a spirit of disunion, which, if encouraged, will prove fatal to our hopes and aspirations as a people in this country.”

The italics are my own. I know of no other logical meaning to apply to the term spirit, when used in such a connection, than design; this is its true meaning, and nothing else. How then comes Mr. Douglass to attempt to exonerate Mr. Jones from reflecting on me, by the evasion that he “had never written one word for HIS columns, in any manner reflecting upon M. R. Delany.” If not written for your columns, they were written and reported by Mr. JONES, and copied into your columns; and you either meant something or nothing by publishing them, before you had published any other item of the proceedings of that body. You call it dictatorial, because a man will not permit himself, designedly, to be misrepresented. Perhaps you, and those who think with you, may misrepresent others as you think proper, and no one dare to question your right to do so. If this be so, please omit me in the general conclusion. I thank you for permitting my note to appear in your columns, humbly endeavoring to avoid the charge of “dictation.”

All I ask is not to be misrepresented. I more than ask it—I demand it, as I will not as I never have done, intentionally misrepresented any person.

Yours for God and humanity,

1. This communication from Douglass to Martin R. Delany has not survived.

2. The National Emigration Convention of Colored People, led by the African American nationalist Martin R. Delany, was held at the Congregational Church in Cleveland, Ohio, on 24-26 August 1854. Over one hundred delegates, including twenty-four women, met to discuss the practicality of

Last edit over 1 year ago by ginnymc 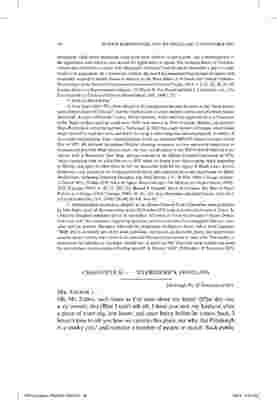 emigration. Only those promoting emigration were allowed to participate, and a representative of the opposition, John Malvin, was denied the opportunity to speak. The National Board of Commissioners was formed to compete with Douglass’s National Council and to formulate a plan to assist blacks with emigration. As a temporary solution, the board recommended buying land in Canada, but eventually wanted to enable blacks to relocate to the West Indies or to South and Central America. Proceedings of the National Emigration Convention of Colored People, 1854, 5, 7, 21, 28, 30, 37, 43; Levine, Politics of Representative Identity, 97, David D. Van Tassel and John J. Grabowski, eds., The Encyclopedia of Cleveland History (Bloomington, Ind., 1996), 732.

4. John Jones (1816-79), often referred to by contemporaries and the press as the “most prominent colored citizen of Chicago," was the freeborn son of a free mulatto mother and a German named Bromfield. A native of Greene County, North Carolina, Jones was later apprenticed to a Tennessee tailor. Jones worked until he could save $100, then moved in 1841 to Alton, Illinois, and married Mary Richardson, whom he had met in Tennessee. In 1845 the couple moved to Chicago, where Jones taught himself to read and write and where he set up a tailor shop that catered primarily to whites. A successful businessman, Jones owned property worth an estimated $85,000 before Chicago’s Great Fire of 1871. He lectured throughout Illinois, stressing economic success and social integration as fundamental goals for black advancement. He was vice president of the 1853 Colored National Convention held in Rochester, New York, and participated in the Illinois Colored Convention of 1856. Jones’s speaking took on added fervor in 1853 when he fought laws discouraging black migration to Illinois, and again in 1864 when he led the successful fight for the repeal of Black Laws. Jones’s home was a way station for the Underground Railroad and a meeting place and guest home for fellow abolitionists, including Frederick Douglass and John Brown. Lib., 18 May 1860; Chicago Tribune, 12 March 1875, 22 May 1879; Allen H. Spear, Black Chicago: The Making of a Negro Ghetto, 18901920 (Chicago, 1967), 6, 55, 77, 107, 111; Harold F. Gosnell, Negro Politicians: The Rise of Negro Politics in Chicago (1935; Chicago, 1967), 81-82, 111; Arna Bontemps and Jack Conroy, They Seek a City (Garden City, N.Y., 1945), 28-36; DANB, 366-67.

5. Antiemigration resolutions adopted at the Illinois Colored State Convention were published by John Jones, chair of the committee, in the 28 October 1853 issue of Frederick Douglass’ Paper. In a letter to Douglass, published in the 18 November 1853 issue of Frederick Douglass’ Paper, Delany took issue with the resolution, suggesting that Jones and his committee had impugned Delany’s character and his motives. Douglass followed the publication of Delany’s letter with a brief response: “Well; this is decidedly one of the most querulous, dictatorial, uncharitable, hasty, and unprovoked assaults upon a worthy man which it has been our fortune or misfortune to meet with. The reader, to understand the injustice of this letter, should bear in mind that Mr. Jones has never written one word for our columns, in any manner reflecting upon M. R. Delany.” FDP, 28 October, 18 November 1853.

Oh, Mr. Editor, such times as I’ve seen about my letter! ([P]ut this into a sly corner, do.) [B]ut I can’t tell all. I have just sent my husband after a piece of roast pig, you know; and must hurry before he comes back. I haven't time to tell you how we came to this place, nor why; but Pittsburgh is a smoky city,2 and contains a number of people to match. Such public