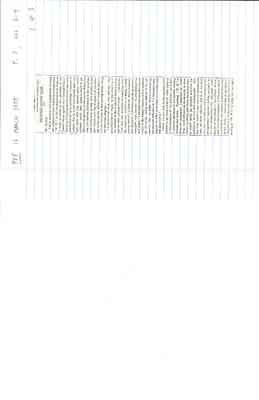 I have watched with considerable interest, the progress of your Columbia correspondent "W.W.," in the development of his ideas, as to cause or causes of the prejudice in the United States against the "Colored People." Knowing his strong mental powers and close observation of "men and things," I was led to believe, that he would have thrown some new light upon this long mooted point, which perhaps would have aided us much in our efforts to surmount, or remove the difficulties that are serious hindrances to our progress, and enable us to see why this unlucky prejudice existed, and why we should be the selected marks against whom it levels its hate. - For we find him, in his opening letter, using the following language:

"I believe that those who maintain that prejudice has its origin in the condition of the enslaved, or the nominally free, are wrong, and for this purpose I write. I do not believe that this prejudice is caused by either the complexion, condition, or blood, of those against whom it is directed; but I do believe that prejudice is directed against us, as Communipaw says, because we are colored." - And again, "I maintain that prejudice has its origin in the human instinct, and is enforced by the pride, malice and hatred of its possessors; that we suffer from its exercise by the despotic influence of the dominant class, because we differ from them in features, race and complexion."

I must confess, that in this opening there seemed to my mind a kind of veiled mystery in this statement of his position; yet I tho't I could see the cause of this studied twisting of ideas and terms. Knowing "W.W." to be an old campaigner, I supposed he threw those out in advance as skirmishers, to draw out an opponent, and that at the proper time, he would unfold his strength, and show his position to be true and impregnable. For one, I am forced to say, that my expectations have not been realized; and as he has fired his LAST shot, retiring as if he had settled the all-important question (he has, no doubt, to his own satisfaction,) why prejudice exists against us as a people in the United States, and with your permission, I will state wherein I think he has failed to establish his points as laid down. There seems, to my mind, a defectiveness in the logic and method of reasoning in "W.W.'s" articles, and, as might 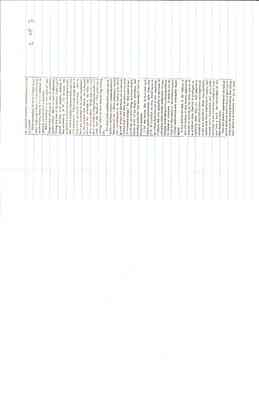 be expected, incorrect conclusions arrived at on his part.

Before proceeding, however, I deem it necessary to give my definition of the word cause, as everything depends how we construe its meaning, in its present application.

What I understand as the cause of anything, is that which gives rise, or produces certain evident effects of itself or colaterals. Taking this view of the matter, I find myself placed, thereby, in an opposite position to that assumed by W.W., for he says that prejudice is leveled against us because we possess certain physical characteristics, and that it is instinctive. I know that much more is required of usthan of either men. But we have now presented to us a new requirement; we, the despised and hated, are to become lovers for the elevation of the white man above his prejudices. If this was true, I feel as if it would be lengthening the shadow far back into the future of "that good time a coming," which we have been so long looking for.

The association established by your correspondent, between instinct, human hatred and ignorance of the "White American," leaves but one inference to be drawn, as to their general weight and character, (to use his own words,) that "they have no claim to the title of reasonable beings," for they stand as pictured out, as a mere thing, in human mould, bereft of all of the higher attributes, and reveling under the free exercise of their instinctive passions.

I for one believe this to be libel upon Man's nature, particularly upon those, who, if W.W.'s position be true, would fasten it, as evident facts force me to this conclusion. I believe that this prejudice is the result of education, under certain unfavorable circumstances, which has given it a fixedness difficult to master or overcome. It takes its rise far back into the history of an enfeebled people - their enslavement and consequent degradation.

It is a well known fact, in the history of men and nations, if they become enslaved by conquest or tyranny, or by birth, and act as a distinct class, deprived of privileges, exercised by other men, tho' well endowed in mental or physical abilities - the deprivation of the free exercise of them, they gradually recede back into a semi-state of nature, and become mere dependants, and give ready obedience to the will of their rulers and "masters," - in a word, the enslavement of the Man becomes entire.

Past and present experience of our fathers and of ourselves, enables us to judge of its effects upon the many generations that follow; and I think it unnecessary for me to point 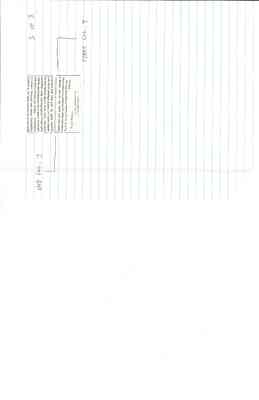 them out or enumerate them, for its entailed blightening effects are painfully evident of themselves. Whilst the fettered limbs and combwebed minds of the bondmen plod droopingly along, mouldering out their unnatural existence until life's solids mingle with its mother earth, an unholy influence arises and extends itself ar and near, and rests as a

death like pall upon the mental visions of those who claim for themselves a superiority. Such is the influence of American Slavery. 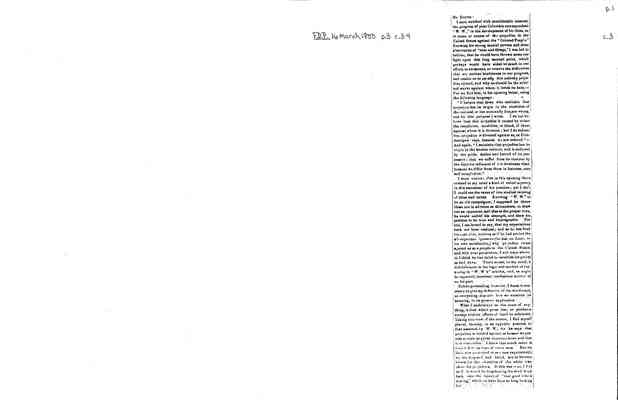 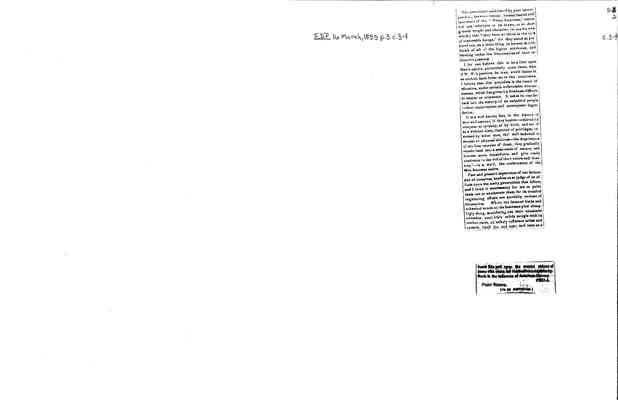