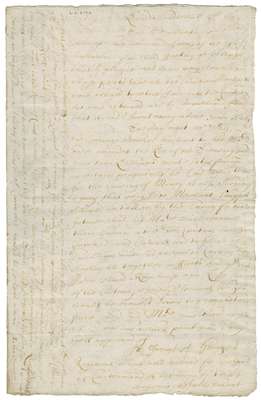 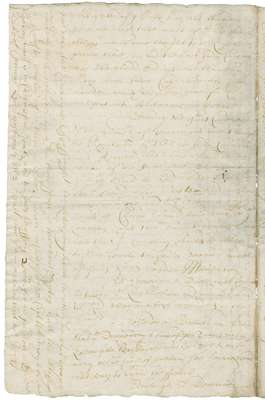 And yesterday Mayls from that kingdom gaue an account that most of the Barbadoes Shipps which were thought to be Lost are put in there - And the East India Company has the gladd Tidings that their ship Mary from India Captain Barker Commander which they had given for Lost was put into Baltamore in Ireland Yesterday the Grand Committee of the House of Commons went through the Regulacion of the East India Company and Resolved that there should be no Alien of the Committee - That [...] Iobbing should be Laid aside - That 508li stock should have a vote and [higher] summ no more, and that the Governor that should be Chosen should haue 5000li stock in the Company, , and 1000li every Committee man and that the Company should be obliged to Carry yearly to India 100000li worth of goods of the English Manufactury Yesterday a Duell was fought between the Lords Mohun and Cannada and tis said they are both wounded in the ffray = Yesterday our Merchants had Advice that the Dromedary a ship of 700 Tunns richly Laden from Barbadoes was Last week cast away on the Coast of Scottland she sayling round that way to avoid the ffrench Edinburgh 2d December 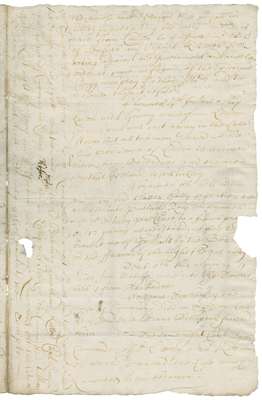 the Cannell haue discharged those persons in Custody for not taking the oaths - an order is come from London to prosecute the Earl of Seaforth and Viscount Killseith for acting against the Government and another order is come in favour of the Episcopall Clergy who pray for their Maiesties and to prosecute those that refuse Plymouth 4th Instant a ship ~ Laden with Gricery ware from London for this port was cast away in the Late Storm but all the men Saved - the Ship providence of London is arrived here from Barbadoes and the men say that Iseland is still sickley Weymouth 5th the William and Mary and Sussex Gally privatiers are arrived into Portland Road from plymouth - - on the 3d they gaue Chace to a ffrench priv[...] of 12 gunns notwithstanding they ha[...] brought one of her Masts by the Boar[...] by the ffavour of the night she gott away Deal 6th this morning 4 ships from Malaga came into the Downs with 1 from Barbadoes Serieant Topham of the house of Commons died on Tuesday Last It is said Sir William Bishop will succeed him The same night Captain Tyore Commander of the Ossory a 2d Rate man of warr departed this Life much Lamented by the Seamen.

{on Tuesday 2 dutch officers of Foot Quarreled and ffought a Duell and the Livetenant killed the Ensign on the spot - And the same day the Lord Banbury ffought and Killed Captain Lawson upon some words concerning his Lordships Misse and his Lordship was Seized and Committed to New-gate = Last night mr Young and mr Graham both [...] Quarrelled At the [Dorn] Tavern In ffleet street and at 9 a clock came in to the Temple} 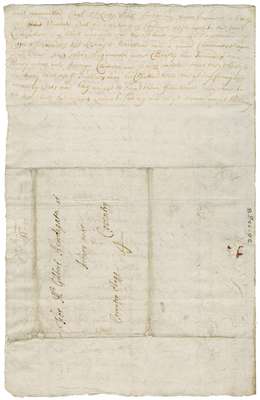 For Mr Gilbert Newdigate at Arbury near Coventry Coventry Bagg. 4