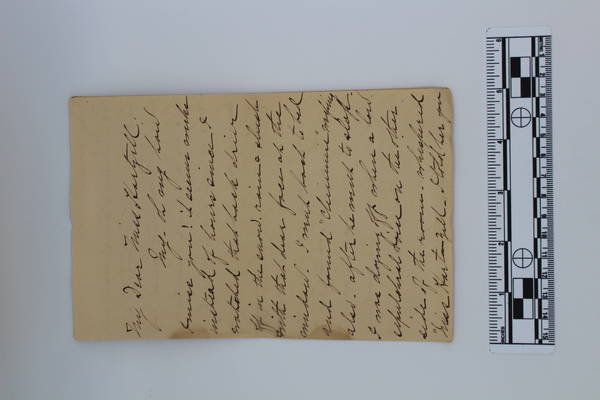 My Dear Miss [Hartzell], My- oh my how I miss you! It seems weeks instead of hours since I watched that hack drive off in the snow, rain & slush with that dear face at the window. I went back to bed and found ["Chi?ie"?] weeping also. After he went to sleep I was dozing off when a low [expulsheal?] voice on the other side of the room whispered "Miss Hartzell. I told her you 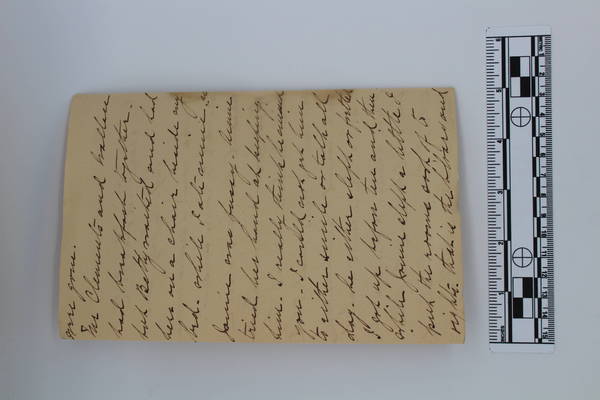 were gone. Mr Clements and Wallace had breakfast together. but Betty waited and had hers on a chair beside my bed. While I ate mine as [Jamie?] was fussy. [Anne?] tried her hand at burping him. I really think he missed you. I could not put him to either smile or talk all day. He either slept or fretted. I got up before tea and then while [Jamie?] slept a little I put the rooms sort of to rights. that is the library 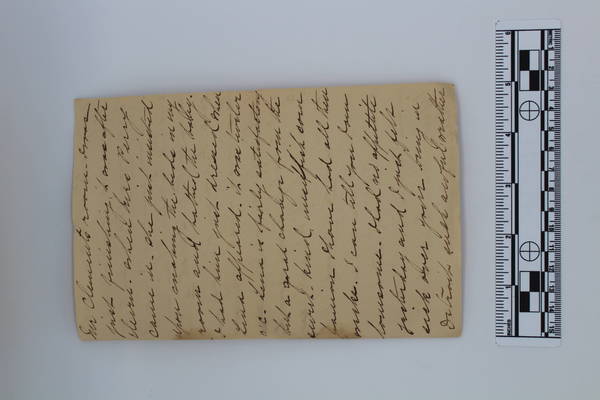 Mr Clement's room. I was just finishing, it was after eleven. When Mrs Perry came in, she just insisted upon making the beds in my room and bathed the baby. I had him just dressed when Lena appeared. It was twelve o'c. Lena is fairly satisfactory But a great change from the sweet, kind, unselfish com panion I have had all these weeks. I can tell you I am lonesome. I had no appettite yesterday and I just felt sick over your being in Detroit such awful matter 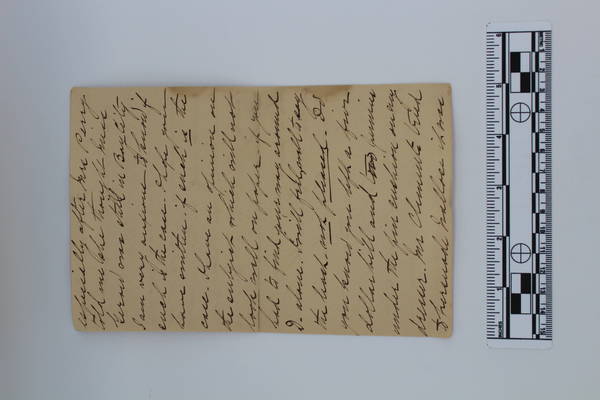 especially after Mrs Perry told me she thought Miss Gerard was still in Bay City. I am very anxious to know if such is the case. I hope you have [omitted?] if such is the case. I have an opinion on the subject which will not look [small?] on paper if you had to find your way around. D. alone. I will feel, [small] to say the least not pleased. Do you know you left a five dollar bill and two pennies under the pin cushion on my dresser. Mr Clements tried to persuade [?] it was 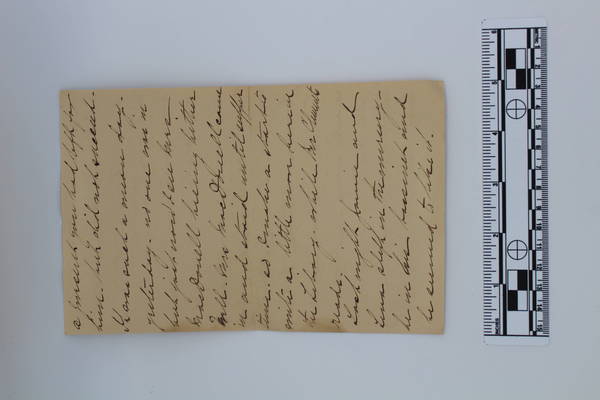 a present you had left for him. Such did not succeed. It was such a mean day yesterday. No one was in but just now I see Mrs MacDonell hieing hither. Well Mrs MacDonell came in and staid until supper time. So I make a start to [nite?] a little [more] here in the Library while Mr Clements reads. Last night Jamie and Lena slept in the nursery - he in his bassinet and he seemed to like it.

Last edit about 1 month ago by martinar317
← Previous 1 2 Next →
Displaying pages 1 - 5 of 7 in total
www.ArcadiaCA.gov/Museum This project was funded under the provisions of the Library Services and Technology Act from the Institute of Museum and Library Services. California’s LSTA program is administered by the California State Library. This project is also funded by the Friends of the Arcadia Museum.