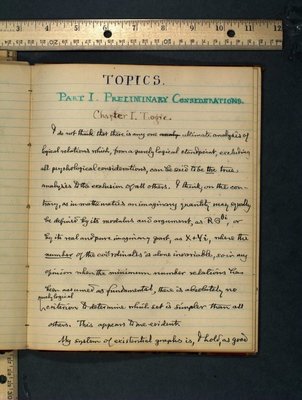 I do not think that there is any one ultimate analysis of logical relations which, from a purely logical standpoint, excluding all psychological considerations, can be said to be the true analysis to the exclusion of all others. I think, on the contrary, as in mathematiucs an imaginary quantity may equally be defined by its modulus and argument, as [EEK!]

Last edit over 4 years ago by greatcathy 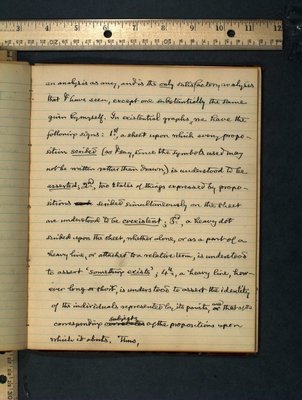 an analysis as any, and is the only satisfactory analysis that I have seen, except one substantially the same given by myself. In existential graphs, we have the following signs: 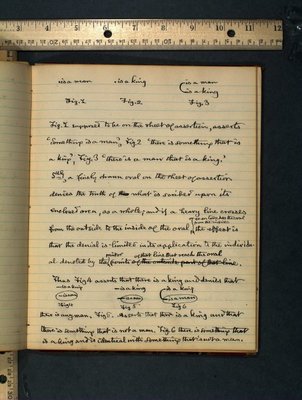 Last edit about 4 years ago by Jeffrey Downard 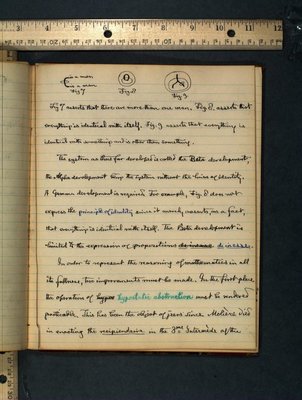 The system as thus far developed is called the Beta development, the Alpha development being the system without the lines of identity. A Gamma is required. For example, Fig. 8 does not express the principle of identity since it merely asserts, as a fact, that anything is identical with itself. The Beta development is limited to the expression of propositions de inesse.

In order to represent the reasoning of mathematics in all its fullness, two improvements must be made. In the first place the operation of hypostatic abstraction must be rendered practicable. This has been the object of jeers since Molière died in enacting the recipiendaire in the 8th Intermède of the

Last edit over 3 years ago by Jon Alan Schmidt 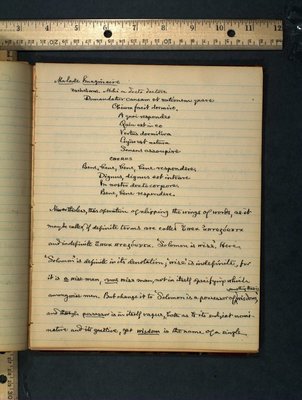