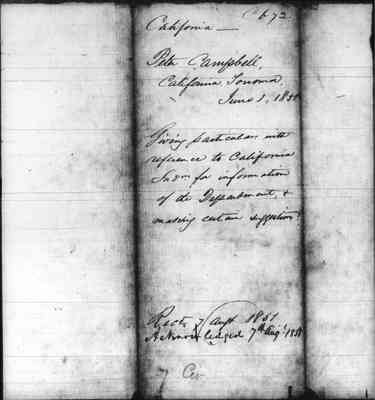 Giving particulars with reference to California Indns for information of the Department, & making certain suggestions.

Last edit 9 months ago by Fudgy 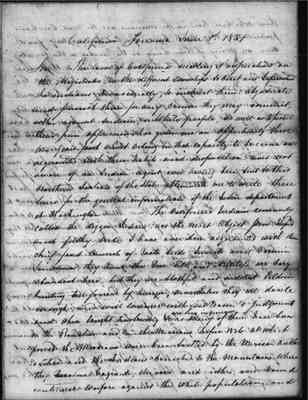 The laws of California making it imperative on the Magistrates in the different townships to visit and Superintend the indians occasionally, to instruct them, abjudicate and punish them for any crimes they may commit, wither against Indians, or White people, as well as to protect them from oppression has given me an opportunity these two years past whilst acting in that capacity to become well acquainted with their habits and disposition. We're not aware of an Indian Agent ever having been sent to this Northern Section of the State. Stimulate me to write these lines for the general information of the Indian department at Washington.

The California Indians commonly called the digger Indians, are the most abject poor, stupid and filthy tribe I have ever been acquainted with their chief food consists of roots, seeds, Insects and vermin Sometimes they hunt the Deer, Elk, and Antelope are very abundant here. but they are slothful and indolent Seldom hunting till forced by hunger, nevertheless they are docile enough and will conserve with good reason & judgment and when taught husbandry &c are very ingenious as many of them have been on the Rancherias and in the Missions before 1826 at which period the Missions were been Sacked by the Mexican authorities and the Indians banished to the Mountains where they became vagrants, thieves and idlers, and vowed continued warfare against the White population and

Last edit 9 months ago by Fudgy 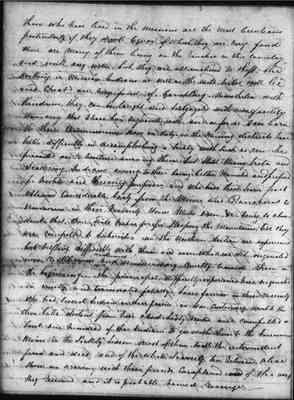 those who have lived in the Missions are the most Cautious particularly if they drink liquor of which they are very fond there are many of them living on the Ranchos in this country and work very well but they are all inclined to theft the working in Mission Indians as well as the wild tribes, will lie and cheat, are very fond of Gambling nevertheless with Kindness they can be taught and Subjugated with more facility than any that I have been acquainted with, and as far as I can learn the three Commissioners now on duty, in the mining districts have little difficulty in accomplishing a treaty with such as can be [prevailed?] and to venture among them but still many tribes and scattering Indians owing to their being better mounted and prepared for hostile and [?ing] purposes and who have these time past obtained considerable booty from the Miners and Rancheras so numerous in their Vicinity. Horses Mules oxen &c being so abundant that those wild tribes prefer Keeping the mountains till they are compelled to Submit. in the Northern Section we experienced but trifling difficulty with them, and even what we did, originated from recklessness, wantonness and unnecessary cruelty towards them in the beginning. the principal difficulty experienced here originated in cruelty and terminated fatally. Some farmers in the vicinity who had several Indians on their farms as was customary went to the Clear lake distant from here about Sixty Miles and compelled about one hundred of the Indians to go with them to the [Sacrameno?] Mines in the Sickly Season. most of them [took?] the [indiscriminant?] fever and died and of the whole scarcely ten returned alive those on arriving with their funds complained of the [usag?] they received and it is probable [caused revenge?.

Last edit 7 months ago by acmwitz 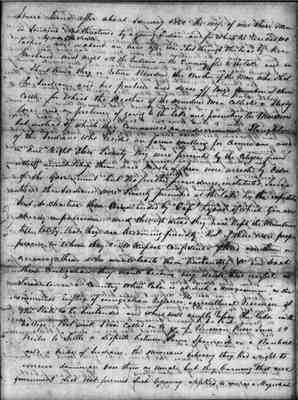 Some time after about January 1850 the wife of one these men in Sonoma was threatened by a young Indian and for which he received 100 lashes by order of the alcalde and in about an hour after was shot through the head by her husband. Next night all the Indians in the vicinity fled to the lake and in a short time they in return murdered the Brother of the man who shot the Indian, and his partner and drove off large number of their cattle. for which the Brothers of the murdered man called a strong force and on pretence of going to the lake and punishing the murderers but instead of which they commenced an indiscriminate Slaughter of the Indians who resided on farms working for Americans and in one night Slew Twenty. They were prevented by the citizens from utterly annihilating them. And most of them were arrested by order of the Government but no further proceedings instituted. Since the the Indians were Severely punished at the lake by the expedition Sent to chastise them commanded by Capt. Lyons of which you are already in possession. And through dread they have kept the mountains till lately that they are becoming friendly. But if there were proper persons in whom they could dispose confidence placed over them or arrange them who would teach them husbandry &c and teach them civilization they would become very docile and useful as Servants in a country where labor is at such a maximum as the immense influx of emigration requires the agricultural Resources of the State to be husbanded and which will amply Repay the labor with valleys. Last week I was called on to go up Russian River some 50 miles to Settle a dispute between some Spaniards on a Ranchero and a tribe of Indians. The Mexicans believing they had a right to exercise dominion over them as usual but they learning that our government did not permit such tyranny applied to me as a Magistrate

Last edit 6 months ago by Fudgy 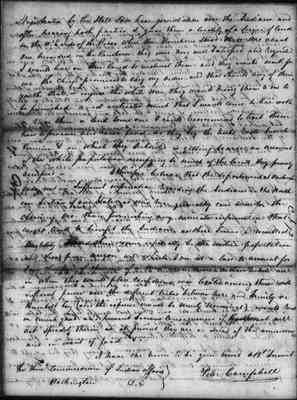 Magistrates by the State law have jurisdiction over the Indians and after hearing both parties I gave them a locality of a League of land on the N.E Side of the River where their Rancheria stood. There are about one hundred on the Rancharee. They were very well satisfied and requested I would live on their land to instruct them. and they would work for me. the chief promised to obey my orders. and that should any of their youth steal or injure the white men, they would bring them to me to be punished. and entreated much that I would come to live with as near them or Send some one I could Recommend to teach them how to procure and raise food as they say the herbs root Insects vermin & on which they subsisted as getting scarce on account of the white population occupying so much of the lands they formerly occupied.

I therefore believe that the department at Washington was not in Sufficient information regarding the Indians in the Northern Section of our State, as men here generally care more for the obtaining ore than furnishing any accurate information that might tend to benefit the Indians as there Seems a marked [has?] [-ly?] [illegible] show more [-ally?] by the western population and show from Oregon and which I am at a loss to account for. I am therefore of opinion if a man accustomed to their habits [our?] in whom they would place confidence was located among them with Sufficient power over the different tribes between here and Trinity or Humbolt [Humboldt] bay (and the expense would be merely nominal) would result in much good and prevent Serious Consequences if [Government?] will act speedily therein as at present they are in dread of the americans and in want of food &c.

Last edit 9 months ago by Fudgy
Displaying all 5 pages