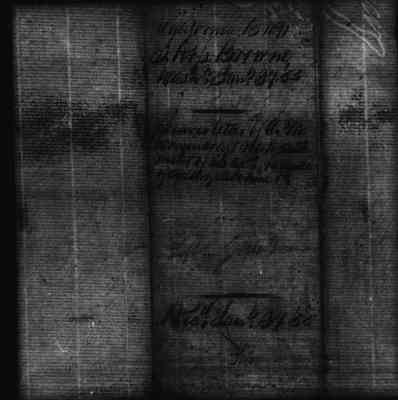 Leaves letter of O.M. Wozencraft rel. to settlement of his a/cs, & allude of salary due him &c

Last edit 3 days ago by Fudgy 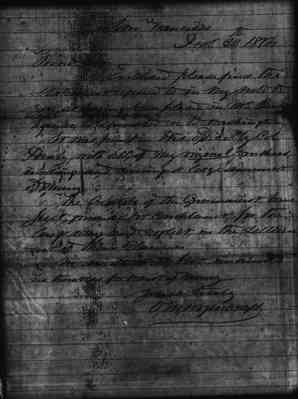 Enclosed please find the statement referred to in my note to you as having been placed in Mr. Beales hands, to be forwarded on to Washington.

It was found in his office by Col Henly, with all of my original vouchers, involving and covering a large amount of money.

The Creditors of the Government have just grounds for complaint, for the long delay and neglect, in the settlement of their claims.

We are all well, but immersed in troubles for want of money

Last edit 3 days ago by Fudgy 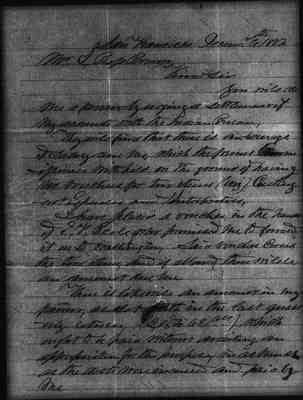 You will do me a favour, by urging a settlement of my accounts with the Indian Bureau.

They will find that there is an overage of salary due me, which the the former Commissioner withheld on the ground of having no vouchers for two items (viz) Contingent Expenses and Interpreters.

I have placed a voucher in the hands of E. F. Beale who promised me to forward it on to Washington. Said voucher covers the two items, and if allowed there will be an amount due me.

There is likewise an amount in my favour, as set forth in the last quarterly expenses (2,464 62 cts) which ought to be paid without awaiting an appropriation for the purpose, in as much as the debts were incurred and paid by me

Last edit 9 days ago by Fudgy 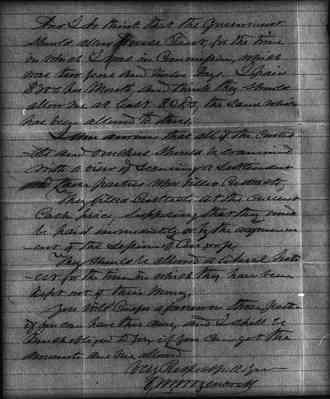 And I do think that the Government should allow House Rent, for the time in which I was in Commission, which was two years and twelve days. I paid $300 per month, and think they should allow me at least $250, the same which has been allowed to there.

I am anxious that all of the contracts and vouchers should be examined with a view of securing a settlement to these parties who filled contracts.

They filled contracts at the current cash prices, supposing that they would be paid immediately or by the adjournment of the Session of Congress.

They should be allowed a liberal Interest for the time in which they have been kept out of their money.

You will confer a favour on these parties if you can have this done, and I shall be much obliged to you if you can get the amounts due me allowed

Last edit 3 days ago by Fudgy
Displaying all 4 Page