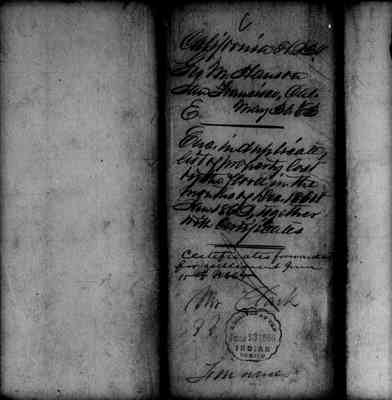 Enc. in duplicate, list of property lost by the flood in the months of Dec 1861 & Jan 1862, together with Certificates 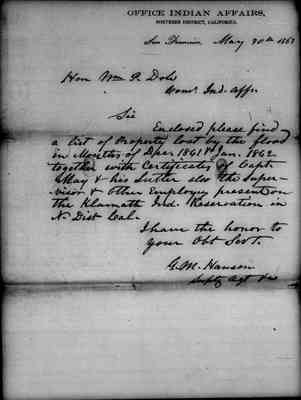 Sir Enclosed please find a list of Property lost by the flood in Months of Dec. 1861 & Jan. 1862 together with Certificate of Capt. May & his Sistter also the Supervisor & other Employees present on the Klamath Ind. Reservation in N. Dist Cal.

I have the honor to Your Obt Sevt. G. M. Hanson Suptg Agt &c 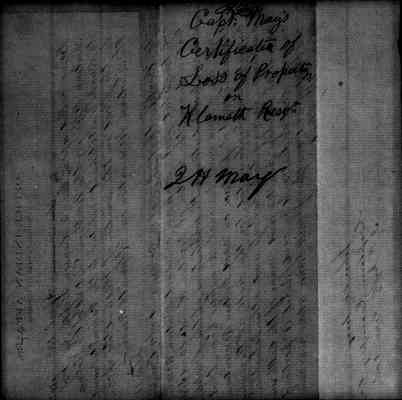 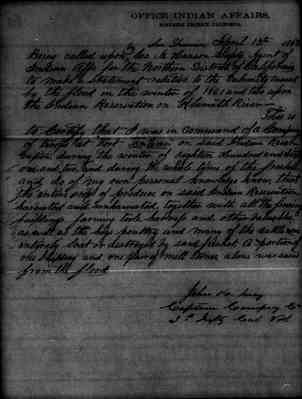 Being called upon by Geo. M. Hanson Suptg. Agent of Indian Affs. for the Northern District of California, to make a statement relative to the calamity caused by the flood in the winter of 1861 and two upon the Indian Reservation on Klamath River.

This is to certify that I was in Command of a Company of troops at "Fort Ter-War" on said Indian Reservation, during the winter of eighteen hundred and sixty one and two, and during the whole time of the freshets, and do of my own personal knowledge know, that the entire crop of produce on said Indian Reservation, harvested and unharvested, together with all the fencing, buildings, farming tools, harness and other valuables, as well as the hogs poultry and many of the cattle were entirely lost or destroyed by said freshet, a portion of one building and one pair of mill stones alone was saved from the flood. 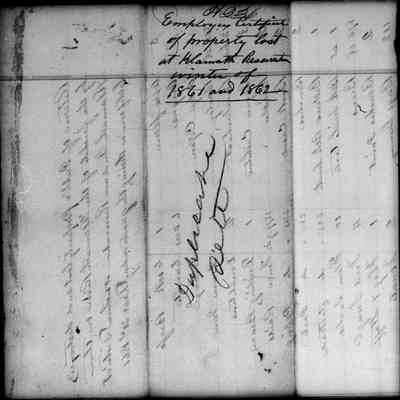