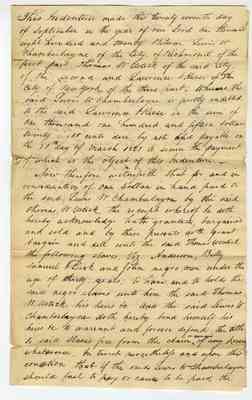 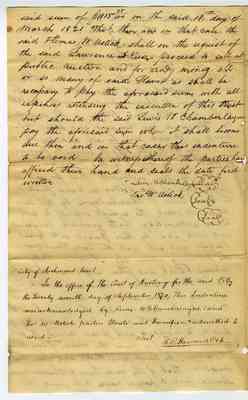 said sum of $1115 28/100 on the said 15th day of March 1821 That then and in that case the said Thomas W. Ustick shall on the request of the said Lawrence and Keese proceed to sell at public auction and for ready money all or so many of said Slaves as shall be necessary to pay the aforesaid sum with all expenses attending the execution of this trust but should the said Lewis W. Chamberlayne pay the aforesaid sum when it shall become due then and in that case this indenture to be void. In witness whereof the parties have affixed their hand and seals the date first written Lewis W. Chamberlayne {Seal} Tho's. W. Ustick {Seal} [blank] {Seal} City of Richmond to wit In the Office of the Court of Hustings for the said City the twenty seventh day of September 1820. This Indenture was acknowledged by Lewis W Chamberlayne and Tho's. W Ustick parties thereto and thereupon admitted to record. Test Th: C. Howard Clk 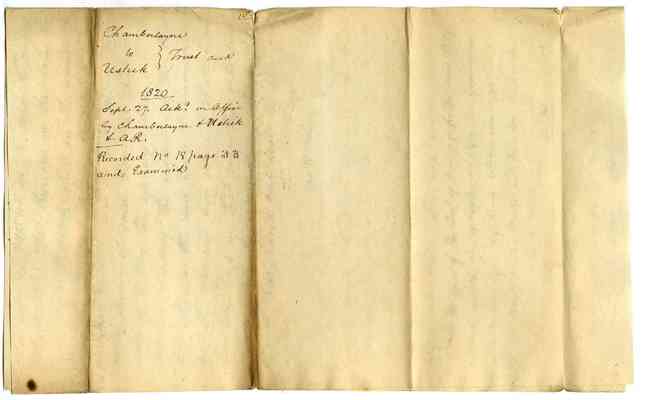