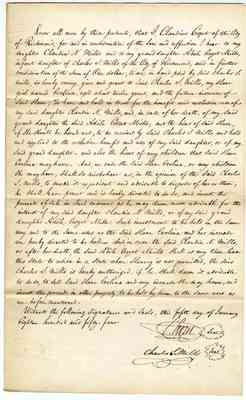 Know all men by these presents, that I, Claudius Crozet of the City of Richmond, for and in consideration of the love and affection I bear to my daughter Claudia N Mills and to my grand daughter Adele Crozet Mills, infant daugher of Charles S. Mills of the City of Richmond, and in further consideration of the sum of One dollar, to me in hand paid by said Charles S. Mills, do hereby convey, give and grant to said Charles S. Mills, my slave girl named Evelina, aged above twelve years, and the future increase of said slave; To have and hold in trust for the benefit and exclusive use of my said daughter Claudia N. Mills, and, in case of her death, of my said grand daughter the said Adele Crozet Mills; and the hires of said slave, if she should be hired out, to be received by said Charles S Mills and held and applied to the exclusive benefit and use of my said daughter, or of my said grand daughter- and also the hires of any children that said slave Evelina may have. And, in case the said slave Evelina, or any children she may have, shall so misbehave as, in the opinion of the said Charles S. Mills, to make it expedient and advisable to dispose of her or them, he shall have power and is hereby directed to do so, and invest the proceeds of sale in such manner as he may deem most advisable for the interest of my said daughter Claudia N. Mills, or of my said grand daughter Adele Crozet Mills: Such investment to be held in the same way and to the same uses as the said slave Eveline and her increase are hereby directed to be held.- And, in case the said Claudia N. Mills, or after her death, the said Adele Crozet Mills shall at any time leave this state to reside in a state where slavery is not permitted, the said Charles S. Mills is hereby authorized, if he shall deem it advisable to do so, to sell said slave Evelina and any increase she may have, and invest the proceeds in other property to be held by him to the same uses as are before mentioned. Witness the following signatures and seals, this fifth day of January Eighteen hundred and fifty-four C. Crozet Seal Charles S. Mills Seal 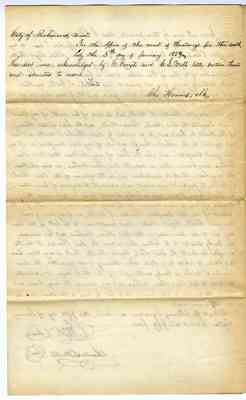 City of Richmond, to wit: In the office of the court of Hustings for the said City the 5th day of January 1854 This deed was acknowledged by C. Crozet and C. S. Mills both parties thereto and admitted to record. Teste Chs. [Charles] Howard clk [clerk] 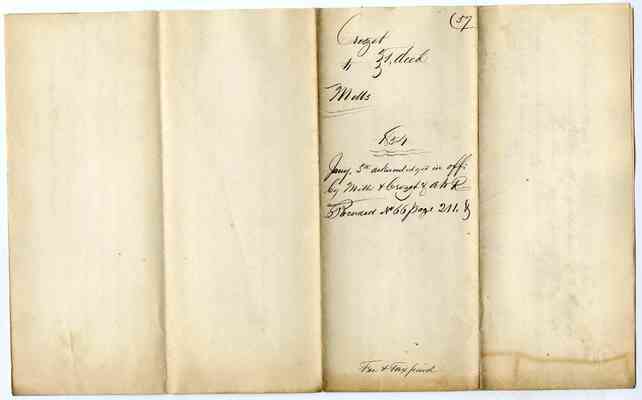 Last edit about 2 months ago by Beka, LVA
Displaying all 3 pages