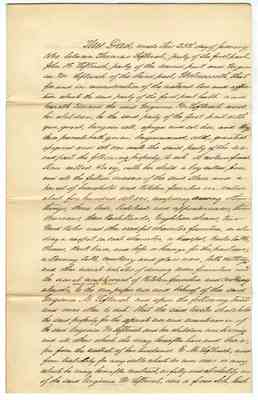 This Deed made this 25th day of January 1860 between Thomas Leftwich, part of the first part John H Leftwich, party of the second part and Virgin ia. M Leftwich of the third part, Witnesseth, that for and in consideration of the natural love and affec tion which the said party of the first part hath and haveth toward the said Virginia M. Leftwich and her children, he the said party of the first part doth give, grant, bargain, sell, assign and set free, and by these presents hath given, bargainained, sold, granted assigned and set over unto the said party of the sec ond part the following property, to wit A certain female Slave called Lucy, with her child a boy called Jim, and all the future increase of the said slave and a parcel of household and Kitchen furniture in value about five hundred dollars, composing among other things, three beds, bedsteads and appurentances, three Bureaus, three Washstands, Eighteen chairs, two Ward Robes and other need needful chamber furniture, inclu ding a carpet in each chamber, a Carpet, Centre table, Chairs, Book Case, and Sofa or Lounge for the parlour, a Dining table, crockery and glass ware, table cutlery, and other usual articles of dining room furniture and the usual complement of Kitchen furniture and cooking utensils, and one cow to the own proper use and behoof of the said Virginia M Leftwich and upon the following trusts and none other to wit: that the said trustee shall hold the said property for the separate use and maintenance of the said Virginia M Leftwich and her children now living and all others which she may hereafter have and bear, free from the control of her husband E M. Leftwich, and from liability for any debts which he now owes or any which he may hereafter contract, as fully and absolutely as if the said Virginia M Leftwich, were a feme Sole, but 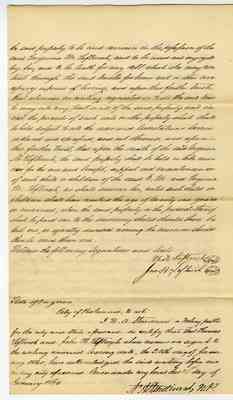 the said property to be and remain in the pofsesfsion of the said Virginia M Leftwich, and to be used and enjoyed by her, and to be liable for any debt wich she may con tract through the said trustee for house rent or other nec cessary expense of living, and upon this further trust, that whenever in writing requested so to do the said trus tee may sell any part or all of the said property and in vest the proceeds of such sale in other property which shall be held subject to all the uses and limitations herein declared and specified, and not otherwise, and upon this further trust, that upon the death of the said Virginia M Leftwich, the said property shall be held in like man ner for the use and benefit, support and maintenance of such child or children of the said E. M and Virginia M. Leftwich, as shall survive her, until such child or children shall have reached the age of twenty one years or married, when the said property or the proceeds therof shall be paid over to the surviving child should there be but one, or equally divided among the survivors should there be more than one. Witness the following Signatures and Seals Thos. Leftwich {Seal} Jno. H. Leftwich {Seal} State of Virginia City of Richmond, to wit I N. A. Sturdivant a Notary public for the city and State aforesaid do certify that Thomas Leftwich and John H Leftwich whose names are signed to the writing annexed bearing date, the 25th day of Janu ary 1860, have acknowledged the said writing before me in my city aforesaid. Given under my hand this 31st day of January 1860 N A Sturdivant N. P. 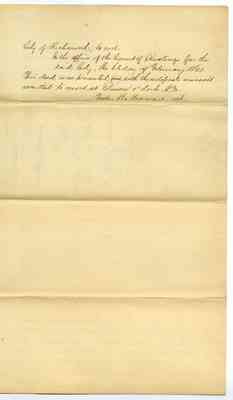 City of Richmond, to wit. In the office of the Court of Hustings for the said City , the 6th day of February 1860 This deed was presented and with the certificate annexed admitted to record at Eleven o'clock A. M. Teste, Ro Howward, clk. 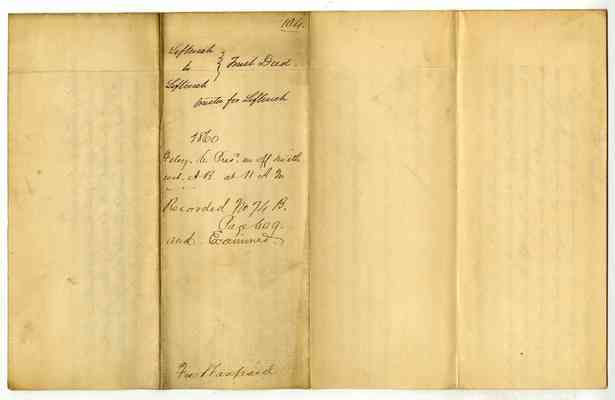 Last edit 6 months ago by kmh33469
Displaying all 4 pages