Letters (1860-1924) between Mount Auburn Cemetery's Superintendents, Secretaries, Treasurers, and Lot Proprietors. This collection of 65 letterpress copying books provides a first hand account of a time period that included the creation of a greenhouse and nursery, appointment of a permanent Gardener's position, the installation of fountains in the ponds, and the creation of a committee to protect, encourage and introduce birds within the property. Letterpress copying represents the first viable means of producing copies other than a longhand duplicate. The process, in which the original letter was transferred to a page in the copybook by a blotting process of the still wet ink, was common from the mid-19th century to the early 20th century. 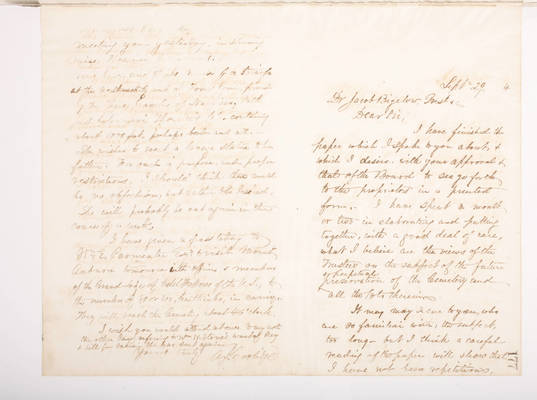 Transcribe the historic 19th-century materials that tell the story of America's first rural cemetery and
the first designed landscape open to the public in North America.