The supreme courts of justice system, in effect briefly from 1755 to 1759, served as the immediate predecessor and the pattern on which the district superior courts system was based. Under the supreme courts of justice, the colony of North Carolina was divided into five districts--each with its own independent court. The following towns served as the seats of the court districts: Edenton, Enfield, New Bern, Salisbury, and Wilmington. Each supreme court of justice was independent and had the same jurisdiction over civil and criminal matters in their respective districts.

Duties of the district superior courts also included the power of probate for deeds and wills. Under the new system, all the districts' seats remained the same--except that Enfield had been replaced by Halifax when the latter became the county seat of Halifax County in 1758. A sixth district was added in 1767 with its seat at the town of Hillsborough.

The district superior court system collapsed in November of 1772 when the court law expired and the royal government refused to permit another to be passed. During 1773, 1774, 1775, and 1777, serious crimes were tried in special courts of oyer and terminer. While this special criminal system remained in effect, civil suits involving more than a monetary value of fifty pounds sterling could not be heard and remained on the dockets without action.

After the cession of the western territory (Tennessee) to the federal government in 1789, the district superior court system underwent various changes. The courts and records of the three western districts (Washington, Davidson, and Mero) were transferred to the custody of the federal government and eventually to the state of Tennessee. Also, North Carolina's remaining eight districts were divided geographically into the Western Riding District, composed of Fayetteville, Hillsborough, Morgan, and Salisbury districts, and the Eastern Riding District consisting of Edenton, Halifax, New Bern, and Wilmington districts. Under provisions of an 1806 law, the district superior courts were closed and replaced by superior courts erected in every county seat in the state.

Information on Currency in North Carolina


How to Help Transcribe Documents

For more information, check out our Transcription Guide, Handwriting Guide, or the FromThePage transcription demo video

When transcriptions are finalized and exported out of FromThePage, they will be added to the digitized items in the North Carolina Digital Collections. Here are a few examples of what that looks like! These are real transcriptions finished by TranscribeNC volunteers just like yourself. Click the word Transcript below the image of the item to view the transcription.

Thank you for helping us improve public access to historic documents and materials through your transcription efforts.

Contact our transcription archivist - Please be sure to fill out the subject field as specifically as possible. 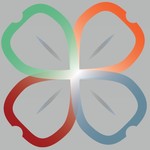