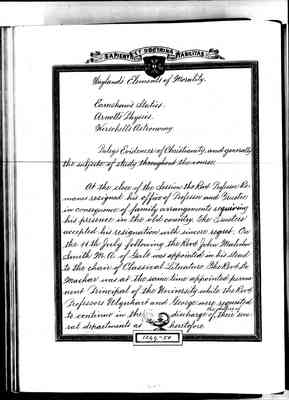 Paley's Evidences of Christianity, and generally the subjects of study throughout the course.

At the close of the Session the Revd Professor Romanes resigned his office of Professor and Trustee in consequence of family arrangements requiring his presence in the old country. The Trustees accepted his resignation with sincere regret. On the 11th July following the Revd John Malcolm Smith M.A. of Galt was appointed in his stead to the chair of Classical Literature. The Revd Dr. Machar was at the same time appointed permanent Principal of the University while the Revd Professors Ulquhart and George were requested to continue in the discharge of the duties of their several departments as heretofore. 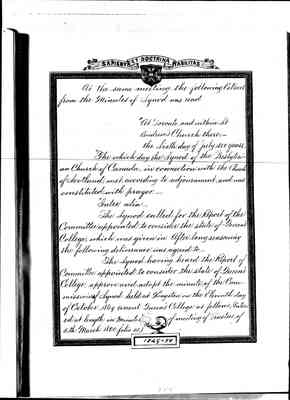 At the same meeting, the following Extract from the Minutes of Synod was read

"The which day the Synod of the Presbyterian Church of Canada, in connection with the Church of Scotland, met, according to adjournment, and was constituted with prayer. - 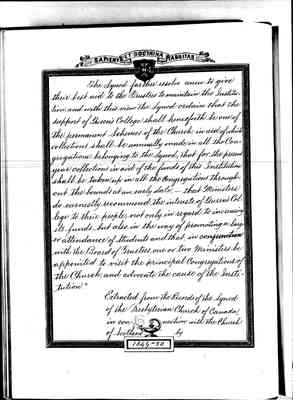 The Synod farther resolve anew to give their best aid to the Trusees to maintain the Institution, and with this view the Synod ordain that the support of Queen's College shall henceforth be one of the permanent Schemes of the Church, in aid of which collections shall be annually made in all the Congregations belonging to the Synod; that for the present year collections in aid of the funds of this Institution shall be taken up in all the Congregations throughout the bounds at an early date, - that Ministers do earnestly recommend the interests of Queen's College to their people, not only in regard to increasing its funds, but also in the way of promoting a larger attendance of Students and that, in conjunction with the Board of Trustees, one or two Ministers be appointed to visit the principal Congregations of the Church, and advocate the cause of the Institution."

Extracted from the Records of the Synod of the Presbyterian Church of Canada, in connection with the Church of Scotland.-" by 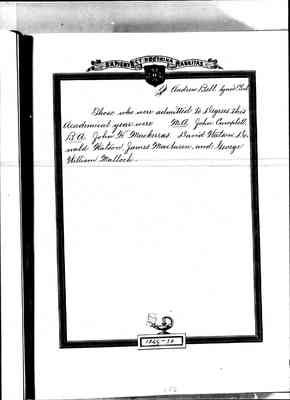 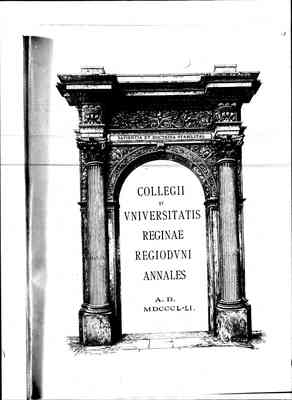