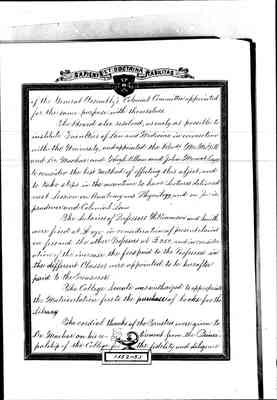 of the General Assembly's Colonial Committee appointed for the same purpose with themselves.

The Board also resolved, as early as possible to institute Faculties of Law and Medicine in connection with the University, and appointed the Revds Mr McGill and Dr. Machar, and Hugh Allan and John Mowat Esqrs to consider the best method of effecting this object, and to take steps in the meantime to have Lectures delivered next Session on Anatomy and Physiology, and on Jurisprudence and Colonial Law.

The College Senate was authorized to appropriate the Matriculation fees to the purchase of books for the Library.

The cordial thanks of the Trustees were given to Dr. Machar on his retirement from the Principalship of the College for the fidelity and diligence 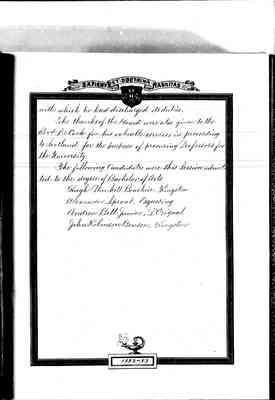 with which he had discharged its duties.

The thanks for the Board were also given to the Revd Dr Cook for his valuable services in proceeding to Scotland for the purpose of procuring Professors for the University. 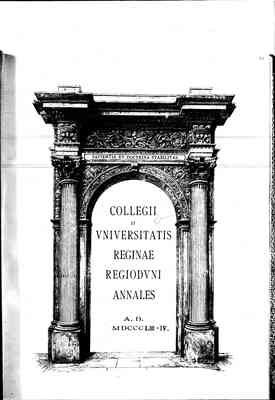 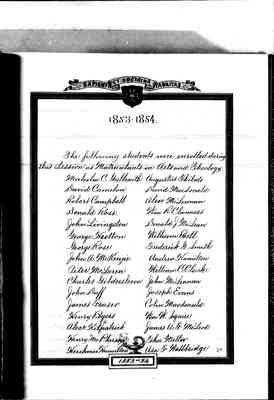 The following students were enrolled during this Session as Matriculants in Arts and Theology.

Last edit about 2 years ago by yvonne 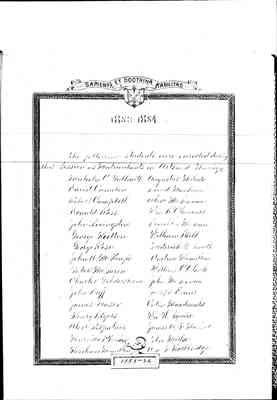 The following students were enrolled during this Session as Matriculants in Arts and Theology.