Following the closure of the Moreton Bay penal settlement in 1842, tenders were called in 1847 to convert the Female Factory in Queen Street to a gaol. On 14 December 1849, the altered building was proclaimed a prison known as the Gaol, Brisbane. A new gaol was built at Petrie Terrace in 1860 and subsequently, from 1883, prison buildings for male and female prisoners were erected at a site in South Brisbane and called The Brisbane Gaol. This Brisbane prison became known as Boggo Road Gaol. Queensland prisons kept records of prisoners' admissions, criminal history and physical descriptions, either separately or combined in the same register. This series consists of registers containing descriptions of male and female prisoners admitted to HM Gaol/Prison, Brisbane (Boggo Road). Details may include: prisoner number (annual running number), name of prisoner, year of birth, height, make, complexion, eye and hair colour, education, marital status, children, former convictions, particular markings, remarks, and connection and history (i.e. 'brother in Ipswich', 'boy in Constantinople', 'Aboriginal', 'lunatic', etc.) Only the earliest volume (1864-1868) contains descriptions of male and female prisoners, the rest being only for males. 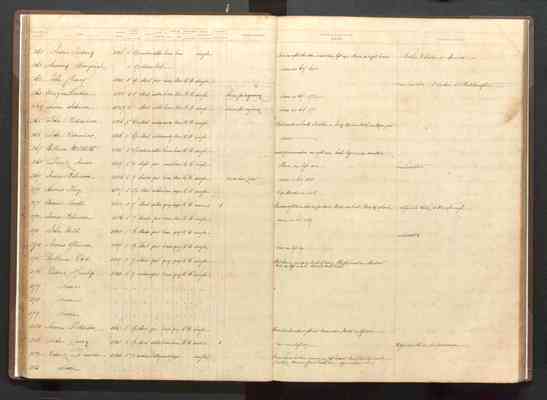 about 1 month agoQueensland State Archives wrote Hi Maltesemaur - it all looks fine. I've added in 'Fair' to the hair choices. Don't worry about t...
about 2 months agomaltesemaur wrote Actually, could you check all fields to see if this is what you want. There's no template so I d...
about 2 months agomaltesemaur wrote I'm having trouble with height inches (it doesn't like the 3/4 inch) and hair colour of Fair. The...
Show More