MacDonnell's next appointment was governor of South Australia, a surprising choice for a colony about to gain responsible government. With a reputation for severity he arrived at Port Adelaide on 9 June 1855 and took over from B. T. Finniss, who had acted as governor since Sir Henry Fox Young had left in December 1854. MacDonnell was promptly active in the deliberations on the 1853 Constitution bill which the Colonial Office had returned to the Legislative Council for reconsideration. His eagerness to show colonials that he knew what was best for them brought him into heated conflict with some of South Australia's reformers.
https://adb.anu.edu.au/biography/macdonnell-sir-richard-graves-4084 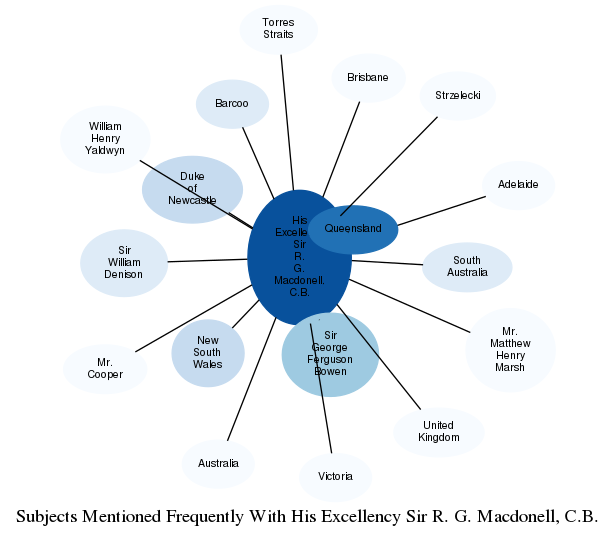