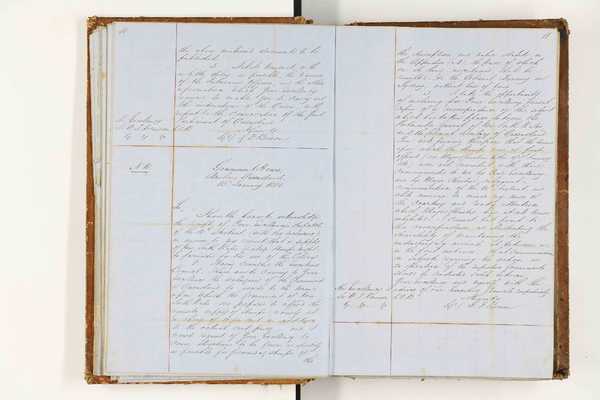 the above mentioned documents to be published.

3. I shall transmit, with as little delay as possible, the names of the Returning Officers, and the other information which Your Excellency requires to enable you to carry out the instructions of the Queen, with respect to the Convocation of the first Parliament of Queensland.

I have the honor to acknowledge the receipt of Your Excellency's despatch of the 10th Instant, (with one enclosure), in answer to my request that a supply of New South Wales postage stamps might be furnished for the use of this Colony.

2. Having consulted the Executive Council, I have now to convey to Your Excellency the willingness of the Government of Queensland to accede to the terms upon which the Government of New South Wales are prepared to afford the requisite supply of stamps - namely at a charge of 10 per cent in addition to the actual cost price, - and I would request of Your Excellency to cause directions to be given as speedily as possible for forwarding stamps of the

the description and value stated in the Appendix (A), the price of which on its being ascertained, shall be remitted to the Colonial Treasury in Sydney, without loss of time.

3. I take the opportunity of enclosing for Your Excellency's perusal - copies of a correspondence on this subject which has taken place between the Postmaster General of New South Wales, and the Colonial Secretary of Queensland. You will perceive therefrom that the terms upon which the stamps were at first offered (see Major Christie's' letter of 5th January 1860) were not consistent with those communicated to me by Your Excellency, and by Major Christie's subsequent communication of the 10th Instant, and while anxious to evince my sense of the courtesy and ready attention which Major Christie has at all times exhibited - I cannot but point to this correspondence as illustrating the desirability of maintaining the understanding arrived at between us, - in the first instance, - that communication on subjects requiring the action or co-operation of the respective Governments, should be conducted solely between Your Excellency and myself, with the advice of our Executive Councils respectively. 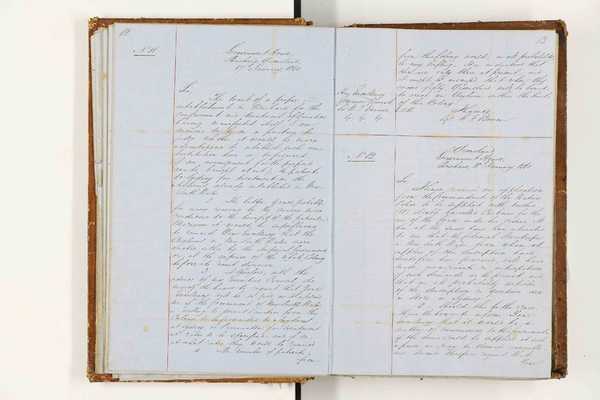 The want of a proper establishment in Brisbane for the confinement and treatment of lunatics having manifested itself, I am anxious to be in a position to judge whether it would be more advantageous to establish such an Institiution here or, to forward, (if an arrangement for the purpose can be brought about), - the patients to Sydney for treatment in the Asylums already established in New South Wales.

2. The latter would probably for many reasons be the course more conducive to the benefit of the patients, - Moreover it would be superflous to remind Your Excellency, that the Asylums in New South Wales were erected either by the Imperial Government, or at the expense of the whole Colony, before its recent division.

3. I therefore, with the advice of my Executive Council, do myself the honor to request that Your Excellency will be so good as to inform me if the Government of New South Wales is willing to permit Lunatics from this Colony to be forwarded to Asylums at Sydney or Parramatta for treatment at rates to be specified - and if so, at what rates they would be received.

4. The number of patients from

from the Colony would, in all probability, be very trifling , - It is understood that there are only three at present; and it might be arranged that when they exceed fifty, Queensland will be bound to erect an Asylum within the limits of this Colony.

I have received an application from the Commandant of the Native Police to be supplied with twelve, (12) double barrelled Carbines for the use of the force under his orders. It has at the same time been intimated to me that the Colonial Storekeeper in New South Wales, from whom all supplies of this description have heretofore been procured, will have made arrangements in anticipation of such demands as the present, - and, that in all probability articles of the description in question are in Store in Sydney.

2. Should this be the case, I have the honor to inform Your Excellency that it would be a matter of convenience to this Government if the arms could be supplied at such a price as may be deemed reasonable; and would therefore request that Your 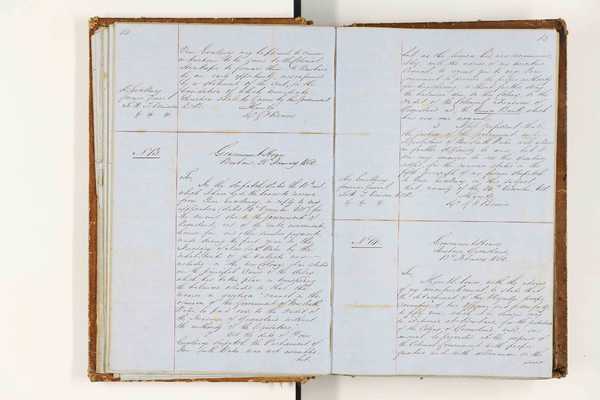 Your Excellency may be pleased to cause instructions to be given to the Colonial StoreKeeper to forward them to Brisbane by an early opportunity, accompanied by a statement of the cost, for the liquidation of which immediate direction shall be given by this Government.

In the despatch (dated the 10th inst.) which I have had the honor to receive from Your Excellency, in reply to my application (dated 24th December, Ult.) for the amount due to the Government of Queensland out of the rents, assessments, license fees, and other similar payments, made during the past year to the Treasury of New South Wales by the inhabitants of the Districts now included in the new Colony, it is stated as the principal cause of the delay which has taken place in transferring the balances alluded to, that the monies in question "cannot in the "opinion of the Government of New South "Wales, be paid over to the credit of "the Treasurer of Queensland without "the authority of the Legislature."

2. At the date of Your Excellency's despatch the Parliament of New South Wales was not assembled; but

but as the Session has now recommenced, I beg, with the advice of my Executive Council, to request you to urge your Government to procure the proper authority for transferring, without further delay, the balances due to this Colony, to the credit of the Colonial Treasurer of Queensland at the Union Bank, which has now our account.

3. I feel confident that the justice of the Government and Legislature of New South Wales will allow no further difficulty to arise; but I am very anxious to see this question settled, for the reasons stated in the fifth paragraph of my former despatch to Your Excellency on this subject, that, namely of the 24th December, Ult.

I have the honor, with the advice of my Executive Council, to state that the detachment of Her Majesty's troops, consisting of two Officers and from forty to fifty men, which it is desired may be stationed at Brisbane, for the protection of the Colony of Queensland, will, on arrival, be provided at the expense of the Colonial Government with proper quarters and with allowances on the same 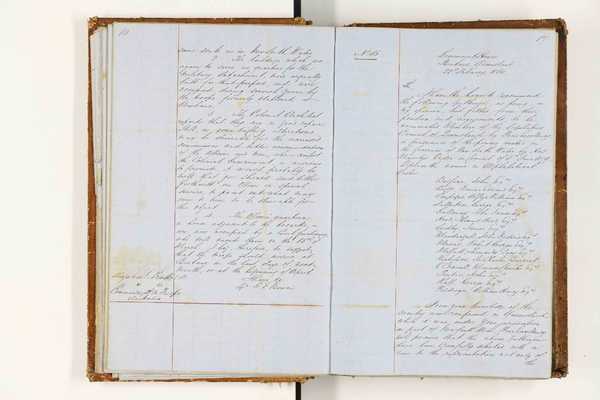 2. The buildings which are again to serve as quarters for the military detachment, were originally built for that purpose, and were occupied during several years by the troops formerly stationed at Brisbane.

3. The Colonial Architect reports that they are in good repair. Still, as some trifling alterations may be desirable for the increased convenience and better accommodation of the Officers and men, whose comfort the Colonial Government, is anxious to promote, it would, probably, be well that you should send hither forthwith an Officer on special service, to point out what may seem to him to be desirable for this object.

4. The Officers' quarters - a house adjacent to the barracks, - are now occupied by a Civil functionary, who will vacate them on the 15th of March. I beg, therefore, to suggest that the troops should arrive at Brisbane in the last days of next month, or at the beginning of April.

I have the honor to recommend the following gentlemen, as being, in my opinion, best fitted, from their position and acquirements, to be nominated Members of the Legislative Council of Queensland by Your Excellency, in pursuance of the powers vested in the Governor of New South Wales by Her Majesty's Order in Council of 6th June 1859. I place the names in Alphabetical Order.

From your knowledge of the country now comprised in Queensland while it was under Your jurisdiction as part of New South Wales, Your Excellency will perceive that the above gentlemen have been carefully selected with a view to the representation not only of the 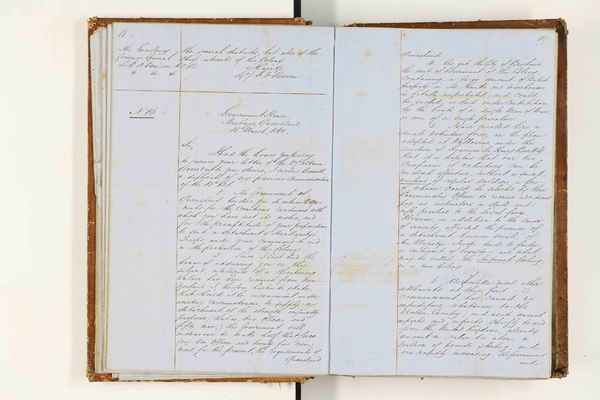 the several districts, but also of the chief interest of this Colony.

I had the honor yesterday to receive your letter of the 27th Ultimo. According to your desire, I enclose herewith, a duplicate of my previous communication of the 13th Ult.

2. The Government of Queensland tenders you its acknowledgements for the courteous readiness with which you have met its wishes, and for the promptitude of your preparations to send a detachment of Her Majesty's Troops under your command to aid in the protection of this Colony.

3. Since I last had the honor of addressing you on this subject, intelligence of a threatening nature has been received from New Zealand. I, therefore, hasten to state, that should it be inconvenient, under existing circumstances, to supply a detachment of the strength originally proposed (that is, two officers and fifty men,) this Government will endeavour to make half that force (viz: one officer and twenty-five men,) meet, for the present, the requirements of Queensland.

4. As yet, the City of Brisbane, the seat of Government of this Colony, containing a large amount of British property in its banks and warehouses, is totally unprotected; and could be sacked or laid under contribution, by the boats of a single Man of War, or even of a single privateer.

5. I have enrolled here a small volunteer force, on the plan adopoted at Melbourne, under the sanction or Governor Sir Henry Barkly. But it is hopeless that our two Companies of volunteers can be rendered effective, without a small nucleus of regular soldiers, a few of whom could be selected by their Commanding Officer to receive additional pay as instructors in drill and rifle-practice to the local force. Moreover, in addition to the sense of security afforded, the presence of a detachment, however small, of Her Majesty's Troops tends to foster a sentiment of loyalty - and what may be called the Imperial feeling, in a new Colony.

6. As Queensland, unlike most other settlements at their first commencement, has caused no expenditure whatsover to the Mother-Country; and as its annual exports and imports chiefly to and from the United Kingdom, already amount in value to above a million of pounds sterling, and are rapidly increasing, the Government and