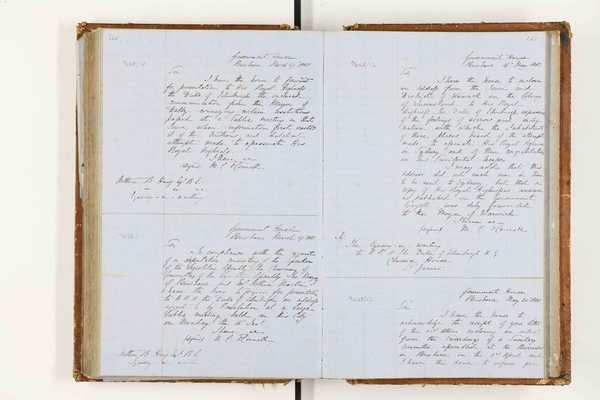 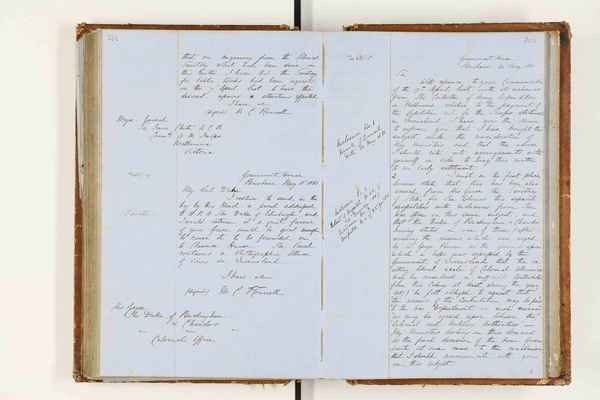 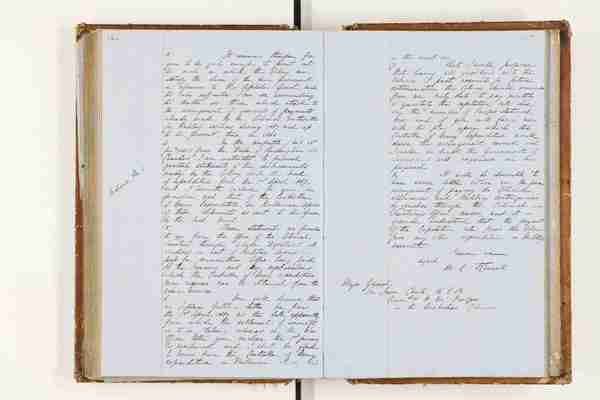 Left margin 264 3. It remains therefore for you to be good enough to point out the mode in which this Colony can satisfy the claim of the Home Government in reference to this Capitation Grant, and the only difficulties I can see surrounding the matter are those which attach to the arrangement of accounts of payments already made by the Colonial authorities for Military services during 1867 and up to the present time in 1868. 4. In the despatch / No 2 22nd. Janry 1868, from the Duke of Buckingham and Chandos, I am instructed to furnish quarterly statements of the disbursements made by the Colony under this head of Expenditure from the 1st April 1867, and I herewith enclose for your in -formation, and that of the Controller of Army Expenditure in Melbourne copies of these statements as send to His Grace by the last mail. Left margin Enclosure No. 4. 5. These statements are furnished to me from the Office of the Colonial Secretary, through whose Department all vouchers on acct of Military Expenditure pays for examination before being paid by the Treasury and any explanations which the Controller of Army expenditure may require can be obtained from the same source. 6. You will observe that in Captain Gatton's letter he fixes the 1st April 1867, as the date, apparently from which the settlement of accounts is to be taken; whereas in the War Office letter you enclose the 1st January is mentioned and I shall be glad to know from the Controller of Army expenditure in Melbourne which date

265 is the correct one. 7. But I would propose that leaving all questions as to the balance of past accounts for future determination this Colony should commence from an early date to pay monthly or quarterly the capitation rate due on the number of Troops stationed here and if you will favor me with the plan upon which the Controller of Army Expenditure would desire this arrangement carried out I make no doubt the Government of Queensland will acquiesce in his proposal. 8. It will be desirable to have some little notice ere the present arranangement of paying the Colonial allowances and Military contingencies by Voucher through the Colonial Secretary's Office ceases, and it is of course understood that the payment of the capitation rate frees the Colony from any other expenditure on Military account. I have &c signed. M.C. O'Connell Left margin Major General Sir Trevor Chute K.C.V.S. Commder H M' Troops in the Australian Colonies.

Last edit 8 months ago by Claremcvs 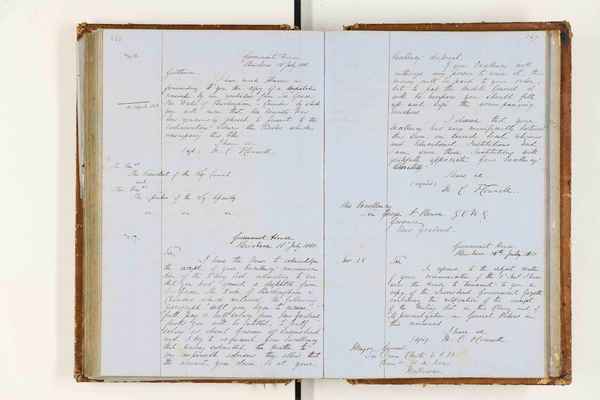 I have much pleasure in forwarding to you the copy of a despatch received by me yesterday from His Grace The Duke of Buckingham & Chandos by which you will learn that Her Majesty has been graciously pleased to present to the Parliamentary Library the Books which accompany this letter.

If your Excellency will authorize any person to receive it, this money will be paid to your order; but to pay the Auditor General it will be necefsary you should fill up and sign the accompanyint vouchers.

In reference to the subject matter of your communication of the 8th last I have now the Honor to transmit to you a copy of the Queensland Government Gazette containing the notification of the receipt of the Mutiny Act in this Colony and of its promulgation in General Orders in this command. 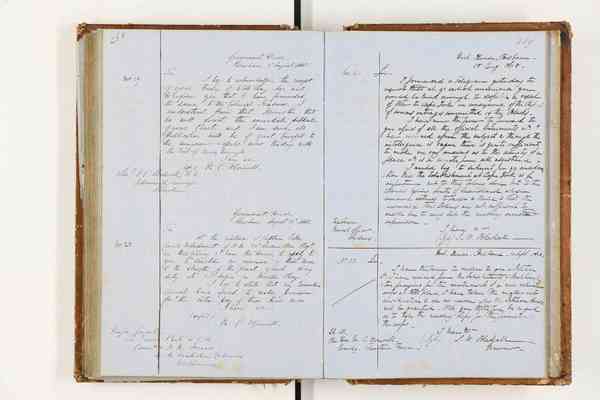 I beg to acknowledge the receipt of your tracing of Wide Bay bar, and to inform you that I have forwarded the same to the Colonial Treasurer. I understant from that Minister that he will direct the immediate publication of your Chart and I am sure its publication will be of great benefit to the numerous vessels now trading with the Port of Maryborough

At the instance of Captain Eden Comm'ng Detachment of H.M. 50th Queens Own Regt. in this Colony I have the Honor to apply to you to sanction an increase of three men to the strength of the penal guard doing duty at "St. Helena" in Moreton Bay.

I beg to state that my Executive Council have agreed to make provision for the extra pay of these three men.

I forwarded a Telegram yesterday to request that at yr. earliest convenience you would be kind enough to despatch a vessel of War to Cape York in consequence of the Reports of serious outrages committed by the Blacks.

I have now the honor to forward to you a [?] of all the official Documents evn. & have received upon the subject & though the intelligence is vague there is quite sufficient to make me very anxious as to the security of a place wh. is so remote from all assistance.

I would beg to submit for yr. considera -tion that the Establishment at Cape York is of importance not to this Colony alone but to the Colonies lying South of Queensland whose commerce extends to India & China & that the resouces of this Colony are not sufficient to enable me to carry out the necessary constant supervision.

I have the honor to enclose to you a Petition Wh. I have received from the inhabitants of Rockhamp -ton praying for the [enrole?]ment of a new Volunteer Corps at Head place, I have taken the matter into consideration & see no rason why the Petition could not be granted. Will you therefore be so good as to take the necessary steps for the formation of the Corps. I have &c (Sgd) S. W. Blackall Governor Left margin H. Wm. The Hon. M.C. O'Connell Comdg. Volunteer Force