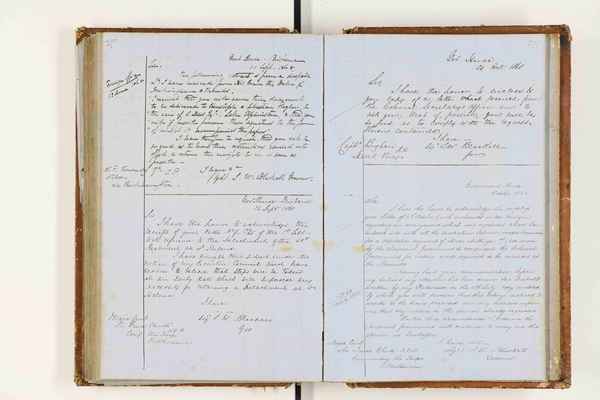 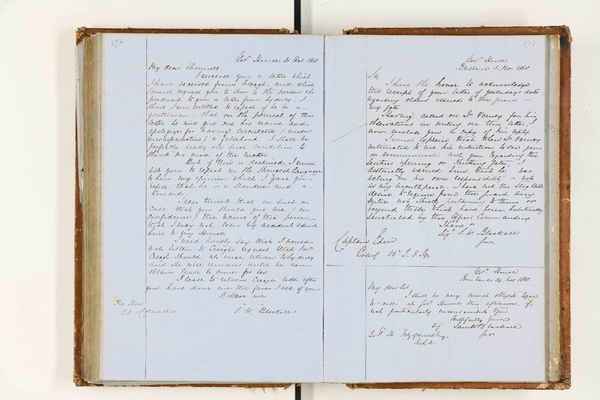 I enclose you a letter which I have received from Creagh- and which I must request you to show to the person who produced to you a letter from Sydney - I think I am enitled to expect if he be a gentleman, that on the perusal of this letter he will give me his name and apologize for having circulated / under misinformation/ a falsehood. I shall be perfectly ready on such condition to think no more of the matter.

But if this is declined, I must ask you to repeat in the strongest language to him my opinion which I gave you before, that he is a Slanderer and a Coward.

I also think that in such a casethat you should give me / in confidence / the name of the person, that I may not, even by accident, admit him to my House.

I need hardly say that I would not listen to Creagh's request that Mrs. Creagh should at once return to Sydney and she will remain until he can obtain leave to come for her.

I have the honor to acknowledge the receipt of your letter of yesterdays date regarding orders issued to the guard of my gate.

Having called on Dr. Verney for his observations in writing on this letter, I now enclose you a copy of his reply.

I must explain that when Dr Verney intimated to me his intention to see you or communicate with you regarding the Sentries orening or shutting gates, I distinctly warned him that he was acting on his own responsibility & not as my mouthpiece. I have not the slightest desire to require how the guard any Duties not strictly pertaining to them or beyond those which have been habitually Sanctioned by the Officer Commanding

I shall be very much obliged to you to call at Govr House this afternoon. if not particularly inconvenient to you. 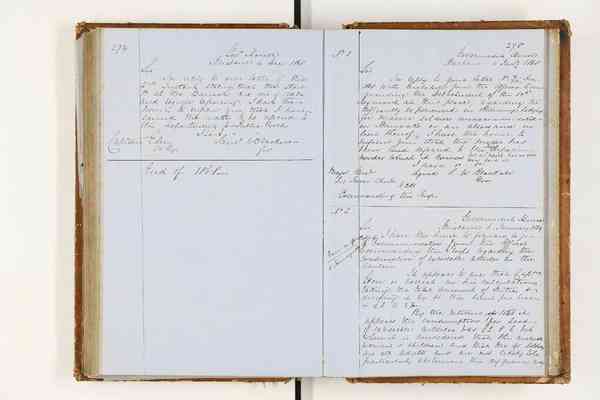 In reply to your leter of the 2nd. Instant stating that the stairs etc. at the Barracks are out of order and require repairing, I have the honor to inform you that I have caused the matter to be referred to the Department for Public Works.

In reply to your letter No B/710/ Dec1868 With Enclosure from the Officer Commanding the Detachment of the 50th. Regiment at this place, regarding the difficulty experienced in obtaining lodging for married soldiers unaccommodated in Barracks or an allowance in lieu thereof, I have the honor to inform you that the matter has been referred to the proper Department but no report has as yet been sent in.

I have the honor to forward to you Communication from the Officer Commanding the troops regarding the consumption of exciseable articles in the canteen.

It appears to me that Captn. Eden is correct in his calculationstaking the total Account of Duties & dividing it by 91. the sum per head is £3. 11. 2-.

By the returns for 1866 it appears the consumption per head of exciseable Articles was £2. 8. 6 but when it is considered that this includes women & children and that the 91 soldiers are all adults and are not likely to be particularly abstemious the difference may 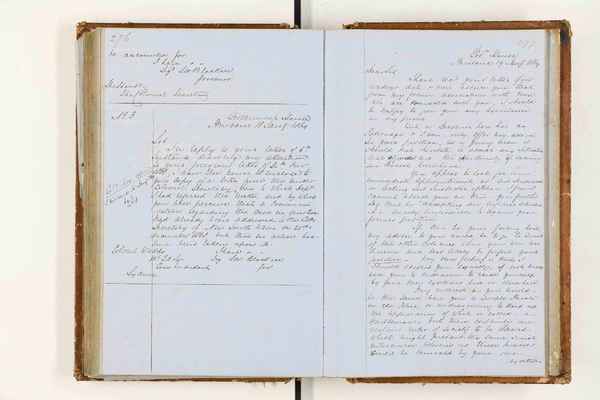 The House The Colonial Secretary

be accounted for I have &c &c Sigd S W Blackall Governor.

In reply to your letter of 6th Instant, drawing my attention to your previous letter of 30th Nov 1868, I have the honor to enclose to you copy of a letter from the Under Colonial Secretary here to which Dept. I had referred the matter, and by which you will perceive that a communi: :cation regarding the case in question had already been addressed to the Coln. Secretary of New South Wales. on 21st December 1868 but that no action had since been taken upon it.

I have recd. your letter of yes -terdays date & can assure you that from my former associations with those who are connected with you, I should be happy to give you any assistance in my power.

But a Governor here has no Patronage & I can only offer my advice. In your position - as a young man I should not hesitate to accept any situation that afforded me the opportunity of earning an honest livelihood.

You appear to look for an immediate appointment as Sub Inspector or Acting Sub Inspector of Police. I fear I cannot assist you in this - you further say that by "accepting an inferior situation" It is nearly impossible to regain your former position

If this be your feeling here, my advice to you would be to go to some of the other colonies where you were less known and less likely to forfeit your position.- My own feeling is that I should respect you equally, if not more were you to endeavour to raise yourself by your own exertions here or elsewhere.

My interest in you would be the same were you a simple Private in the Police, or endeavouring to keep up the appearance of what is called a Gentleman - but there certainly are certain rules of Society to be observed which might prevent the same social intercourse between us there however could be removed by your own exertions 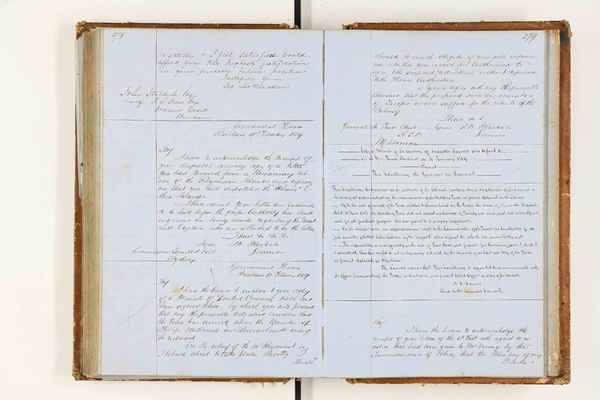 I have to acknowledge the receipt of your Despatch covering copy of a letter you had received from a Missionary at one of the Polynesian Islands, and informing me that you had despatched the "Rosario" to those Islands.

I have caused your letter and enclosure to be laid before the proper Authority here, and enquiries are being made regarding the Vessel and Captain who are alluded to in the letter

I have the honor to enclose to you copy of a Minute of Executive Council which has been agreed where, by which you will perceive that my Responsible Advisers consider that the time has arrived when the Number of Troops stationed in Queensland may be reduced.

As the relief of the 50th Regiment is I believe about to take place shortly. I should

should be much obliged if you will inform me whether you would feel Authorized to agree to the proposed reduction, without reference to the Home Authorities.

Copy of Minute of Proceeding of Executive Council above referred to

His Excellency the Governor in Council

His Excellency the Governor at the instance of the Colonial Secretary directs the attention of the Council to the very great expense attending the maintenance of the Military Force at present stationed in the Colony.

Up to the date of arrival of the Force allotted to Queensland by His Grace the Duke of Newcastle's Despatch, dated 26 June 1863 the Military Force did not exceed an Average of Twenty six men, and one or two Officers, and for all practical purposes this was found to be amply sufficient.

On the 8 August 1866, an application was made to the Commander of the Forces in Australia for the full number allotted to their Colony by the 'Despatch' above referred to, which was immediately sent.

The expenditure is consequently at the rate of Four thousand pounds per Annum (£4000), and it is considered that this might be advantageously reduced by the removal of at least one half of the Force at present stationed at Brisbane.

The Council advises that His Excellency be requested to communicate with the Officer Commanding the Troops in Australia, and forward to that Officer a copy of the Minute

I have the honor to acknowledge the receipt of your letter of the 6th Inst. with regard to a notice that had been given to Mr Verney by the Commissioner of Police, that the Police pay of my Orderlies