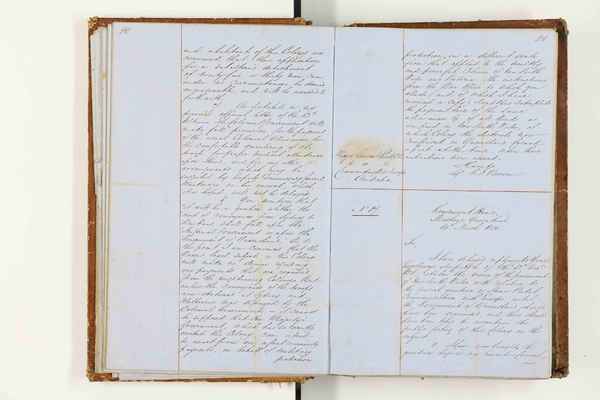 and inhabitants of this Colony are convinced that their application for a subaltern's detachment of twenty-five or thirty men can under no circumstances be deemed unreasonable, and will be acceded to forthwith.

7. As I stated in my previous official letter of the 13th Ultimo, the Colonial Government will make full provision for the payment of the usual Colonial Allowances, for the comfortable quartering of the troops, for proper medical attendance upon them, and for any other arrangements which may be suggested by Deputy Commissary General Rentmore on his arrival; which, it is hoped, will not be delayed.

8. You mention that "it will be a question whether the "cost of conveyance from Sydney to "Brisbane shall fall upon the "Imperial Government or upon the "Government of Queensland." As to this point, I am convinced that the Queen's loyal subjects in this Colony will make no demur regarding any payments that are required from the neighbouring Colonies. But - unless the conveyance of the troops now stationed at Sydney and Melbourne was defrayed by the Colonial Governments, - it cannot be supposed that Her Majesty's Government, which has so recently erected this Colony, can intend to exact from an infant community, payments, on behalf of military protection

protection, on a different scale from that applied to the wealthy and powerful Colonies of New South Wales and Victoria. The instructions from the War Office to which you allude (and of which I have received a copy) doubtless contemplate the payment here of the same allowances &c. of all kinds, as are paid in New South Wales; of which Colony the districts now comprised in Queensland formed apart at the time when those instructions were issued.

I have delayed replying to Your Excellency's despatch of the 12th Dec. Ult., stating the views of the Government of New South Wales with relation to the general question of Steam Postal Communication with Europe, until the Government of Queensland should have been organised, and there should have been time to ascertain the public feeling of this Colony on the subject.

2. I have now brought the question before my Executive Council, and 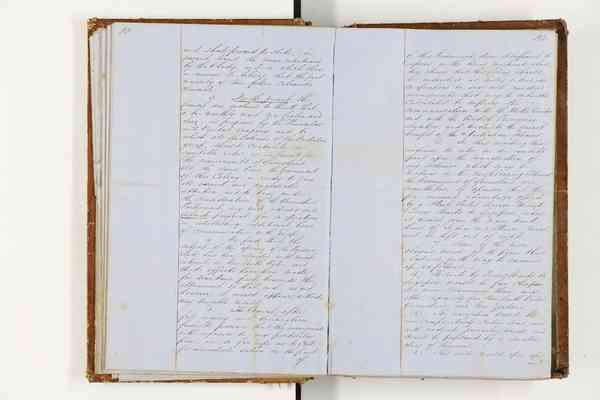 and shall proceed to state, in general terms, the views entertained by that body, and in which there is reason to believe that the great majority of their fellow-Colonists coincide.

3. For the present, the Council are inclined to think that a bi-monthly mail via Ceylon and Suez, as proposed by the Peninsular and Oriental Company, and to which all the Colonies of the Australian group, should contribute in equitable rates, is sufficient for the requirements of Queensland. At the same time, the Government of this Colony is ready to give its earnest and immediate attention, and to bring under the consideration of the Queensland Parliament, any well-advised and definite proposal for co-operation in establishing additional lines of communication with Europe.

4. We find that the subject of the opening of the Panama route has been regarded with much interest in New South Wales, and that efforts have been made for sometime past towards the attainment of that end; as yet, however, it would appear, without any tangible result.

5. The Council after full enquiry and deliberation, failing to perceive that the arrangements with reference to any particular plan, are so far ripe as to call for immediate action on the part of

of this Government, deem it sufficient to express, in the terms mentioned above, their desire that this Colony should be understood as willing to lend its co-operation to any well-considered arrangements that may be submitted, Calculated to improve the communication with the Mother Country, and with the British Possessions elsewhere, and tending to the general benefit of the Australian Colonies.

6. In thus recording their readiness to enter in an equitable spirit upon the consideration of any schemes which may be matured in the neighbouring colonies, the Government of Queensland are, nevertheless, of opinion that the pre-eminent advantages offered by a Mail Postal Service through Torres Straits to Singapore, (where it would join the main trunk lines of India and China,) must not be left out of sight.

7. Some of the more obvious merits of the plan thus shadowed forth may be summed up as follows:-

(1.) The route by Torres Straits to Singapore would be far cheaper and more convenient than any other, especially for New South Wales, Queensland, and New Zealand.

(2.) The navigation would be over comparatively calm seas, and with moderate prevailing winds, and could be performed by a smaller class of Steamers.

Last edit 9 months ago by Allie288 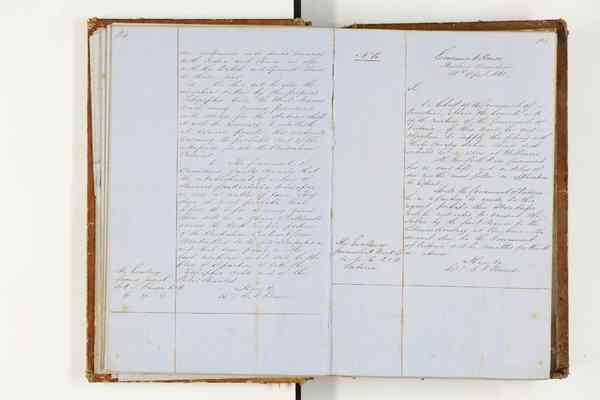 an extensive and direct commerce with India and China, as also with the Dutch and Spanish Colonies in those seas.

(4.) As this will be also the direction taken by the proposed Telegraphic line, the Mail-Steamers could easily convey provisions and stores for the stations which it will be necessary to establish at various points, thus materially lessening the probable cost of the enterprise for all the Australian Colonies.

8. The Government of Queensland, finally consider that the establishment of a line of Steamers from Australia to Singapore is only a matter of time. They deem it most probable that, before the lapse of many years, there will be a chain of settlements across the North-Eastern portion of the Australian Continent from Moreton Bay to the Gulf of Carpentaria, and that some point in the last-mentioned inlet will be the place of departure of both the Telegraphic Cable and of the Postal Steamers.

The New South Wales Government has no arms left, and a delay of six months must follow an application to England. 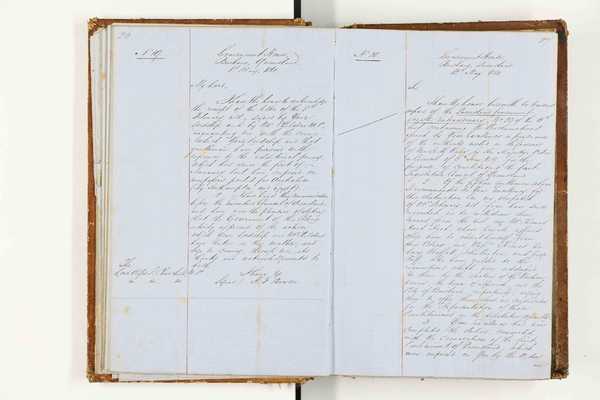 I have the honor to acknowledge the receipt of the letter of the 8th February, ult., signed by Your Lordship and by Mr. Childers M.P., acquainting me with the course which Your Lordship and that gentleman have pursued with reference to the additional penny, which has since the first of January last, been imposed on newspapers posted for Australia (by Southampton and Egypt).

2. I have laid this communication before the Executive Council of Queensland; and have now the pleasure of stating, that the Government of this Colony entirely approves of the action which Your Lordship and Mr. Childers have taken in this matter; and begs to convey, through me, its thanks and acknowlegements to both.

I have the honor herewith to transmit copies of the Queensland Government Gazette Extraordinary, No. 23 of the 11th inst., containing the Proclamations issued by Your Excellency in pursuance of the authority vested in the Governor of {{New South Wales}} by Her Majesty's Order in Council of 6th June 1859, for the purpose of constituting the first Legislative Council of Queensland.

2. Of the fifteen gentlemen whom I recommended to Your Excellency for this distinction in my despatch of 22nd February, ult., four have since requested me to withdraw their names from the list: viz: Mr. Thomas Hood Hood; whose private affairs oblige him to absent himself from this Colony and Messrs Thomas De Lacy Moffatt, Alfred J. P. Lutwyche John Panton, and George Raff; who have yielded to the requisitions which were addressed to them by the electors of the Western Downs, the town of Ipswich, and the City of Brisbane, respectively, urging them to offer themselves as candidates for the Representation of those Constituencies in the Legislative Assembly.

3. Your Excellency has now completed the duties, connected with the convocation of the first Parliament of Queensland, which were imposed on you by the Order in 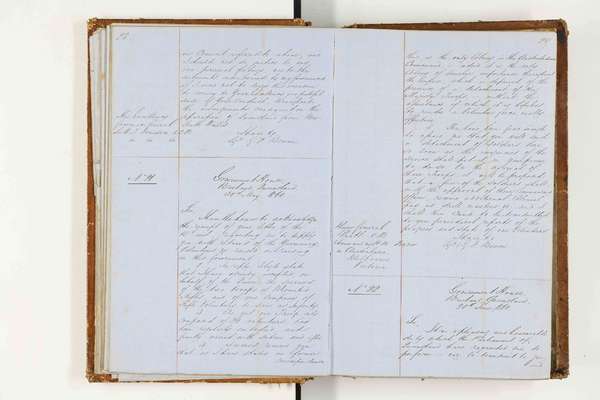 in Council referred to above; and I should not do justice to my own personal feelings, nor to the sentiments entertained by my Government, if I were not to seize this occasion to convey to Your Excellency our grateful sense of Your conduct, throughout the arrangements consequent on the separation of Queensland from New South Wales.

I have the honor to acknowledge the receipt of your letter of the 16th inst., requesting me to supply you with returns of the Yeomanry, Volunteers &c. raised, or raising in this Government.

2. In reply, I beg to state that I have already accepted, on behalf of the Queen, the services of the two troops of Mounted Rifles, and of one Company of Rifle Volunteers, to serve as Infantry.

3. As yet, one Troop only, composed of 32 volunteers, has been regularly embodied, and partly armed with sabres and rifles.

4. I would remind you that, as I have stated in former correspondence,

this is the only Colony in the Australasian Command; - indeed it is the only Colony of similar importance throughout the Empire, which is deprived of the presence of a detachment of Her Majesty's Troops; - without the assistance of which it is hopeless to render a Volunteer force really effective.

5. You have been good enough to assure me that you will send a detachment of soldiers here so soon as the exigencies of the service shall put it in your power to do so. On the arrival of those Troops, it will be proposed that a few of the soldiers shall, with the approval of their Commanding Officer, receive additional Colonial pay as drill-masters &c; and it shall then cause to be transmitted to you periodical reports of the progress and state of our Volunteers.

It is a pleasing and honourable duty which the Parliament of Queensland have requested me to perform:- viz. to transmit to you, and