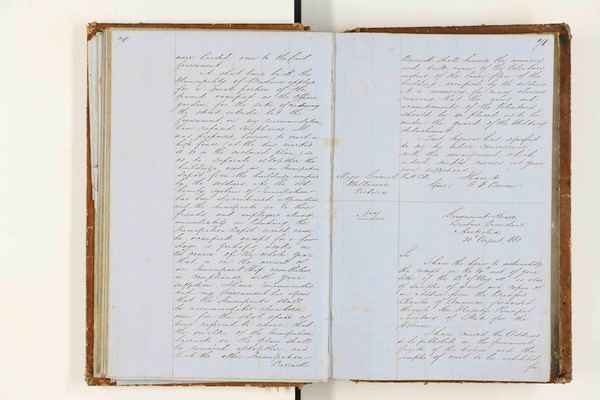 were handed over to the Civil Government.

A short time back, the Municipality of Brisbane applied for a small portion of the ground occupied as the Officer's garden, for the sake of widening the street outside; but the Government, on my recommendation, have refused compliance. It was proposed, however, to erect a high fence (at the line marked A.D. in the enclosed plan,) so as to separate altogether the buildings used as an Immigration Depot from the buildings occupied by the soldiers. As the old country system of Immigration has been discontinued in Queensland, and the Immigrants go to their friends and employers almost immediately on landing, the Immigration Depot would never be occupied except for a few days, or, perhaps, weeks in the course of the whole year, that, is on the arrival of an Immigrant Ship, nevertheless, in compliance with your suggestion, I have recommended and my Government has agreed that the Immigrants shall be accommodated elsewhere, even for the short space of time referred to above, that the smaller of the Immigration barracks on the plan shall be removed altogether, and that the other Immigration Barrack

Barrack shall become the armoury and drill-room of the Volunteers, instead of the lower floor of the building occupied by the soldiers.

It is necessary, for many obvious reasons, that the arms and accoutrements of the Volunteers should be so placed as to be under the guard of the Military detachment.

Lieut. Seymour has signified to me his entire concurrence with this arrangement, which indeed, simply carries out your own suggestions.

I have the honor to acknowledge the receipt, on the 14th inst, of your letter of the 13th of May ult; as also of the samples of wool, and copies of an Address from the Bradford Chamber of Commerce, forwarded through Her Majestys' Principal Secretary of State for the Colonies.

I have caused the Address to be published in the Government Gazette of this Colony; and the samples of wool to be exhibited for 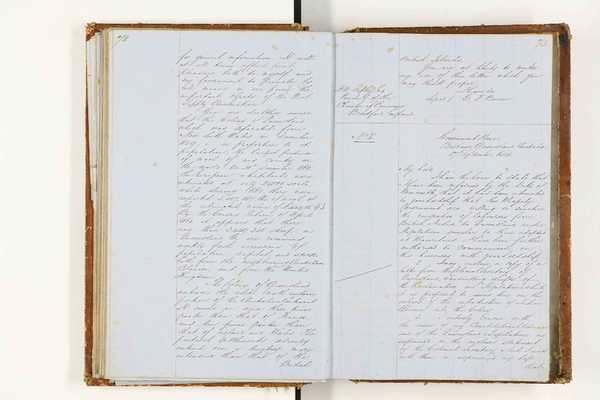 for general information. It will at all times afford great pleasure both to myself and my Government to promote by all means in our power the important objects of the Wool Supply Association.

You are doubtless aware that this Colony of Queensland, which was separated from New South Wales in December 1859, is in proportion to its population, the largest producer of wool of any country in the world. On 31st December 1860, the European inhabitants were estimated at only 28,000 souls; while, during 1860, there were exported 5,007,167 lbs. of wool, of the estimated value of £444,118:9.3.

By the Census Returns of April 1860, it appears that there were then 3,449,350 sheep in Queensland. We are receiving weekly fresh accessions of population, capital, and stock, both from the neighbouring Australian Colonies, and from the United Kingdom.

The Colony of Queensland embraces the whole north-eastern portion of the Australian Continent. It covers an area three times greater than that of France, and that of England and Wales. The pastoral settlements already extend over a territory more extensive than that of the British

You are at liberty to make any use of this letter which you may think proper.

I have the honor to state that I have been informed by the Duke of Newcastle that it has been intimated to your Lordship that Her Majesty's Government are willing to sanction the emigration of labourers from British India to Queensland, under Regulations similar to those adopted at Mauritius. I have been further authorised to communciate on this business with your Lordship.

2. I now enclose a copy of a letter from the Colonial Secretary of Queensland transmitting drafts of the Proclamation and Regulations which it is proposed to issue here on the subject of the introduction of Indian labourers into this Colony.

3. I entirely concur with the views of my Constitutional Advisers and of the Queensland Legislature, as explained in the enclosed statement of the Colonial Secretary. And I unite with them in expressing my hope that 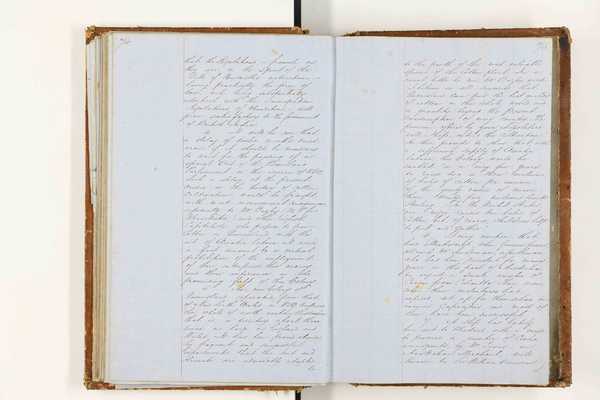 that the Regulations, - framed as they are, in the spirit of the Duke of Newcastle's instructions, - having practically the force of law, and being substantially identical with the Immigration Regulations of Mauritius, - will prove satisfactory to the Government of British India. 4. It will be seen that a delay of twelve months must occur if it should be necessary to wait for the passing of a special Act of the Queensland Parliament in the session of 1862. Such a delay, as the present crisis on the history of cotton cultivation, would be fraught with most inconvenient consequences, especially to Mr. Bazley (M.P. for Manchester,) and other English Capitalists, who propose to grow cotton in Queensland with the aid of Asiatic labour. It would in fact amount to a virtual prohibition of the employment of their enterprise, their money, and their experience, in the promising fileds of this Colony. 5. The new Colony of Queensland, separated from that of New South Wales in 1859, comprises the whole of north-eastern Australia, that is, a territory about three times as large as England and Wales. It has been proved already by frequent and successful experiments, that the soil and climate are admirably adapted to

to the growth of the most valuable species of the Cotton plant. In a recent letter to me, Mr Bazley wrote: "I believe in all sincerity that "Queensland can grow the best quality "of cotton in the whole worlkd, and "in quantity beyond the present "consumption of every country. The "premium offered by your Legislature "will, I hope, extend the cultivation." He then proceeds to show that, with a sufficient supply of Asiatic labour, this Colony would be enabled "in a very few years "to raise two or three millions "of bales of cotton per annum, "of the yearly value of more "than twenty-five millions Pounds "Sterling. In the United States, "one negro raised ten bales of "Cotton, but, of course, children help "to pick and gather." 6. I may mention that Lord Ellenborough, when Governor General, allowed Mr. Sanderman, a Gentleman who has been resident for many years in this part of Australia, to export a small number of Coolies from Calcutta. These men, when their indentures had expired, set up for themselves in various capacities, and most of them have been successful. 7. A ship has lately been sent to Madras, with a view to procure a number of Coolie immigrants, by Mr Towns, an Australian Merchant, well known to Sir William Denison. I 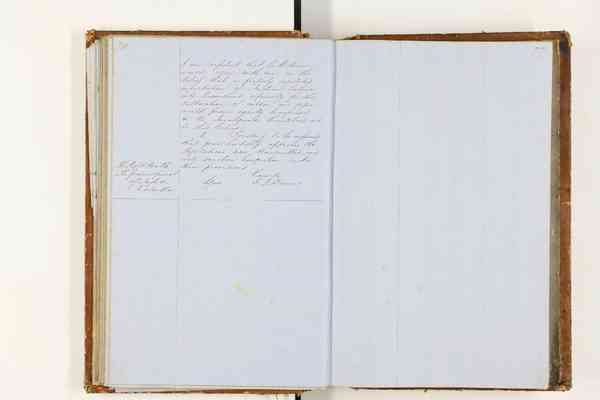 The Right Honble. The Governor General of India Calcutta.

I am confident that Sir William would agree with me in the belief that a properly regulated importation of Indian labour into Queensland, especially for the cultivation of cotton and sugar, would prove equally beneficial to the Immigrants themselves and to this Colony. 8. Trusting to be informed that your Lordship approves the Regulations now transmitted, and will sanction Emigration under their provisions. I have to. Signed / G. F. Bowen. 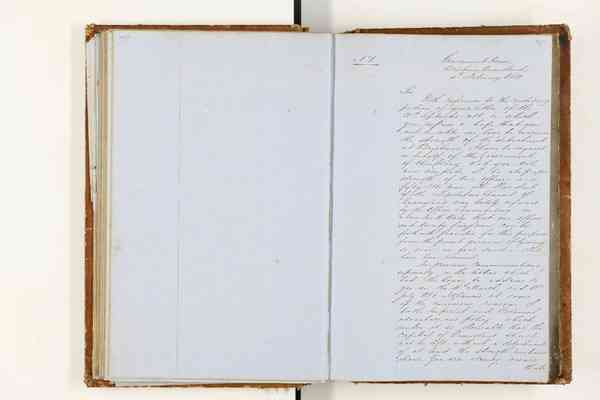 Sir, With reference to the concluding portion of your letter of the 10th September ult., in which you express a hope that you will be able ere long to increase the strength of the detachment at Brisbane. I have to request, on behalf of the Government of this Colony, that you will now complete it to its proper strength of two officers, and fifty (50) men. The President of the Legislative Council of Queensland was lately informed by the Officer Commanding in New South Wales that one officer and twenty-five (additional) men can be fothwith provided for this purpose, from the present garrison of Sydney, so soon as your sanction shall have been received. In previous communications, especially in the letters which I had the honor to address to you on the 11th March and 16th July 1860, I glanced at some of the numerous reasons of both Imperial and Colonial advantage and policy, which render it so desirable that the capital of Queensland should not be left without a detachment of at least the strength mentioned above. You are already aware that