ReadAboutContentsHelp
These letterbooks of despatches to the Secretary of State for the Colonies by the Governor include copies of correspondence relating, for example, to the progress and prosperity of the colony including exports, the squatting problem, and railway construction, as well as matters such as abuses to South Sea (Pacific) Islanders. They also include matters relating to parliamentary processes, granting of imperial honours, and consular appointments. 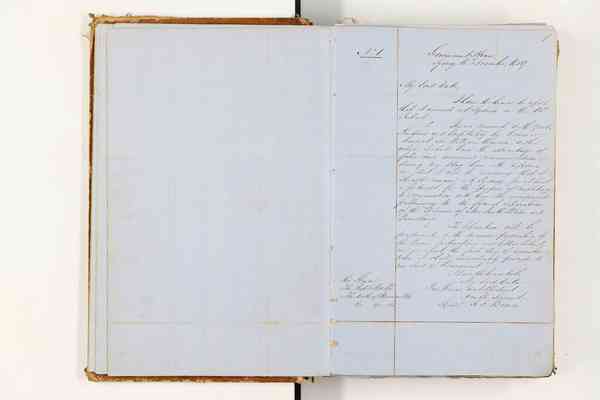 I have the honor to report that I arrived at Sydney on the 15th. Instant.

2. I was received with great kindness and hospitality by Governor General Sir William Denison, with whom I shall have the advantage of full and unreserved communication during my stay here. He informs me that it will be necessary that I should remain at Sydney, for at least a fortnight, for the purpose of completing, in conjunction with him, the arrangements preliminary to the formal Separation of the Colonies of New South Wales and Queensland.

3. This Separation will be proclaimed in the manner prescribed by the Queen's Instructions and Letters Patent, on or about the first day of December when I shall immediately proceed to my Seat of Government.

I have the honor to be My Lord Duke Your Grace's most Obedient Humble Servant, Signed / G. F. Bowen. 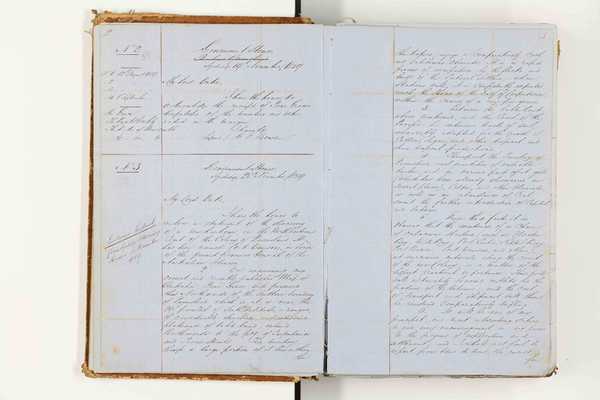 My Lord Duke, I have the honor to acknowledge the receipt of Your Grace's Despatches, of the numbers and dates, noted in the margin.

My Lord Duke, I have the honor to enclose a statement of the discovery of a new harbour, on the North Eastern Coast of the Colony of Queensland. It has been named Port Denison, in honor of the present Governor General of the Australian Colonies.

2. On examining any correct and recently published Map of Australia, Your Grace will perceive that Northwards of the Southern boundary of Queensland, which is at, or near, the 29th parallel of South Latitude, - ranges of considerable elevation and extensive plateaux of tableland, extend Northwards to the Gulf of Carpentaria and Torres Straits. This territory, though a large portion of it lies within the

the tropics, enjoys a comparatively cool and salubrious climate. It is in rapid process of occupation, by the flocks and herds of the Pastoral Settlers, - whose Stations will, it is confidently expected, reach the shores of the Gulf of Carpentaria, within the course of a very few years.

3. Between the table land above mentioned, and the Coast of the Pacific, lie extensive tracts of soil, admirably adapted for the growth of Cotton, Saugar, and other tropical and semi-tropical productions.

4. Throughout the Territory of Queensland, vast quantities of valuable timber, and in various parts of it, gold (which has been already discovered in several places), Copper, and other Minerals, as well as an abundance of Coal, await the further introduction of Capital and labour.

5. From these facts it is obvious that the existence of a Chain of capacious Harbors (such as Moreton Bay, Wide Bay, Port Curtis, Keppel Bay, Port Bowen, Port Denison, and others), at successive intervals along the Coast of the new Colony, is a matter of the highest practical importance. These ports will ultimately become outlets for the produce of the interior; and the cost of transport and shipment will then be rendered comparatively trifling.

6. It will be one of my principal, and most interesting duties to give every encouragement in my power to the progress of exploration and settlement; and I shall not fail to report, from time to time, the result, for 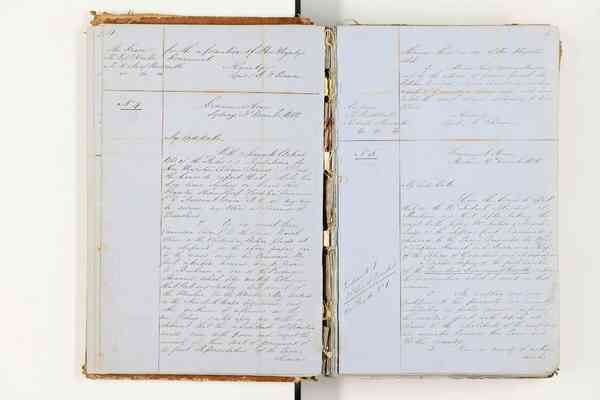 for the information of Her Majesty's Government.

With reference to Article 130 of the "Rules and Regulations for Her Majesty's Colonial Service," I have the honor to report that I shall this day leave Sydney on board Her Majesty's Steam-Sloop "Cordelia," Commander C. E. Harcourt Vernon R. N. on my way to assume my Office as Governor of Queensland.

2. On my arrival here, Commodore Loring, C. B, the Senior Naval Officer on the Australian Station, placed at my disposal, for the above purpose, one of the vessels under his Command. My first intention, however, was to proceed to Brisbane in one of the Passenger Steamers which ply weekly between that Port and Sydney. But several of the Members, for the Moreton Bay Districts in the New South Wales Legislature, and other gentlemen of influence in the new colony, waited upon me with a statement that the inhabitants of Queensland would view with pain and regret the arrival, at their seat of government, of the first Representative of the Queen, otherwise

5 otherwise than in one of Her Majesty's ships.

Under these circumstances and by the advice of Governor General Sir William Denison, I have decided on availing myself of Commodore Loring's offer, and have made the usual official application to that Officer.

I have the honor to report that on the 10th Instant, I landed at Brisbane and that after taking the usual Oaths before Mr. Justice Latwyche, Judge of the Supreme Court, I assumed, in obedience tot he Queen's Commands, the Office of Captain-General and Governor-in-Chief of the Colony of Queensland and its dependencies.

I enclose copies of the first number of the Queensland Government Gazette, containing the proclamation which I issued on that occasion.

2. My reception was very gratifying to me personally, and eminently satisfactory on public grounds, as proving the excellent spirit with which all classes of the inhabitants of the new Colony are animated towards their Queen and Mother-Country.

3. From a variety of motives, similar 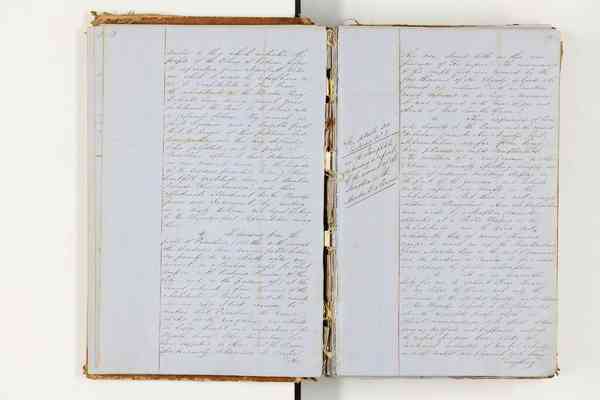 similar to those which actuated the people of the Colony of Victoria before its separation from New South Wales, - and which it would be superfluous in me to recapitulate to Your Grace, - the inhabitants of the Moreton Bay Districts have during several years, petitioned the Queen to be formed into a separate Colony. My arrival as first Governor was a tangible proof that the prayer of their petitions had been granted, and their long deferred hopes fulfilled; and the people of Queensland appear to have determined, as one man, to evince, (in the language of the Address presented to me,) their "heartfelt gratitude, love, and devotion "towards their Sovereign," and their "affectionate attachment to Her Majesty's "person and Government," by uniting in a hearty welcome and loyal greeting to Her Majesty's first Representative among them.

4. The Address from the people of Queensland, (together with several other addresses from various public bodies,) was presented to me shortly after my arrival, in a Pavilion erected for that purpose in the Botanic Gardens of this City; and in the presence of (at the Correct estimate,) four thousand of the inhabitants of Brisbane and its vicinity.

In my reply I took occasion to mention that "Queensland, the name "selected for the new Colony, was entirely "the happy thought and inspiration of Her "Majesty herself. Other designations had "been suggested to Her; but the Queen "spontaneoulsy determined to confer "Her

[left margin: *In details see Enclosure No. 2. i. e. the Pamphlet containing a report of the account of the Reception in the Moreton Bay Courier.

"Her own Royal title on this new "province of Her Empire." The announcement of this simple fact was received by the four thousand of Her Majesty's subjects who formed my audience, with an emotion rarely witnessed in so large a concourse;— it was received with tears of joy, and shouts of God Save the Queen!.

5. These expressions of love and loyalty to the Queen, and the cordial *welcome given to Her Majesty's first Representative, are far from being mere phrases or empty Compliments. The reception of a new Governor, in other Colonies is, generally speaking, simply an affair of ordinary military display on the part of the garrison; and entails neither expense nor trouble on the Inhabitants. But there is not a single soldier in Queensland, Here all preparations were made by a "Reception Committee appointed at a Public Meeting of the Inhabitants; and the whole cost, including the hire of several Steamers engaged to escort me up the River Brisbane from Moreton Bay to the seat of Government and the purchase of Cannon to fire salutes, was defrayed by public subscription.

6. It is an honorable duty for me to solicit Your Grace to lay before the Queen not only the assurance of the devoted loyalty, and gratitude of Her Majesty's subjects in this Colony; but also the manifold proofs which my official correspondence will afford, of their growing welfare and happiness, and of the rapid progress here, alike of material industry, of mental activity, and of moral and physical well-being - "Everything"

Last edit 5 months ago by MMcKL 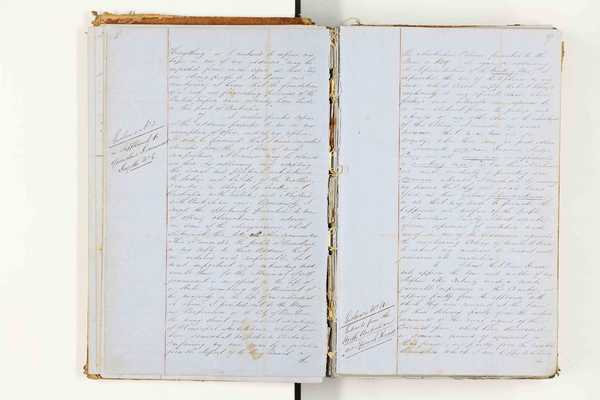 8 Enclosure No. 3 i. e. Supplement to Queensland Government Gazette No. 8.

"Everything" as I ventured to express my hope in one of my addresses, "may be expected from such signs as these. They are strong proofs to our Queen and countrymen at home that the foundations of a rich and flourishing province of the British Empire have already been laid in this part of Australia."

I enclose printed copies of the addresses presented to me on my assumption of Office, and of my replies - It will be perceived that I have somewhat deviated from the set form of such compositions. A Governor may be of much use here by explaining and adapting the social and political institutes, the feelings and habits, of the mother - country; in short, by looking at Australia with English, and at England with Australian eyes. Accordingly, I seized the opportunity presented to me of offering observations and advice on some of the idiosyncrasies, which distinguish this, like all other communities.

Thus I reminded the people of Queensland, in my reply to their Address, that an arduous and responsible, but most important and interesting task awaits them; for the attainment of self government is an epoch in the life of a State, resembling the attainment of his majority in the life of an individual. So again, I pointed out to the Mayor and Corporation of the City of Brisbane, the many direct and indirect advantages of Municipal Institutions, which have been somewhat neglected in Australia; confirming my own views by a quotation from the Report of the Privy Council on the

Enclosure No. 4 Extracts from the North Australian and Ipswich Herald.

the Australian Colours, presented to the Queen in 1849. So again, in addressing the Representatives of the Working Men," I depracated the use of that phrase in any sense which could imply that it belongs exclusively to any separate class, whose feelings and interests are adverse to, or even distinct from the feelings and interests of any other class of the inhabitants of this Colony. I reminded my hearers moreover, that, in a New and free country, where there are no paid idlers or sinecurists, every man, Governor, Judges, Clergy, and all, every man is emphatically a working man. "Let us then," I continued, "all unite cordially in promoting our "Common interests." I concluded by assuring my hearers that they will at all times find me their zealous fellow-workman in all that may lead to promote the happiness and welfare of the people of Queensland. Finally, I took advantage of some expressions of irritation made use of in one of the Addresses, against the neighbouring Colony of New South Wales, to exhort my audience to convert such jealousies into emulative.

3. I trust that Your Grace will approve the tone and matter of my Replies. They certainly made a most favorable impression in this Country; as appears, partly, from the applause with which they were received at the time of their delivery, partly, from the enclosed comments of the rival organs of the Colonial press, which have discovered a common ground of agreement in their praise, and, partly from the sensible diminution which I am happy to believe is