Following the closure of the Moreton Bay penal settlement in 1842, tenders were called in 1847 to convert the Female Factory in Queen Street to a gaol. On 14 December 1849, the altered building was proclaimed a prison known as the Gaol, Brisbane. A new gaol was built at Petrie Terrace in 1860 and subsequently, from 1883, prison buildings for male and female prisoners were erected at a site in South Brisbane and called The Brisbane Gaol. This Brisbane prison became known as Boggo Road Gaol. Queensland prisons kept records of prisoners' admissions, criminal history and physical descriptions, either separately or combined in the same register. This series consists of registers of male and female prisoners admitted to HM Gaol, Brisbane. The details given include the gaol annual number, name, mode of arrival (overland or by ship), the name of the ship, year of arrival, condition on arrived and on entering gaol), where born, religion, trade or calling, date and place of committal and by whom, date of reception in gaol, offence, sentence, how disposed of, date of discharge and conduct in gaol. These registers may also be known as 'Admission Books', 'Reception Books', 'Entrance Books', 'Male/Female Registers', 'Committed Books', etc., and differ from other series called "Register of prisoners admitted (with description)" in that the latter include physical descriptions of prisoners. 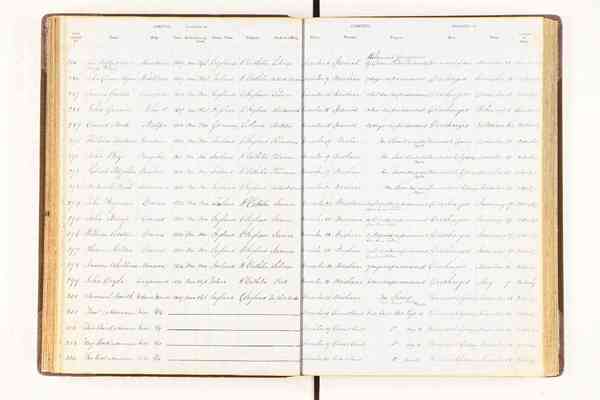