ReadAboutContentsHelp
The Committee of the Whole recommended that the liquor license granted to Frank Lindquist and Herman Lindset for the Mint Saloon be revoked. The committee believed that the saloon was a gathering place for prostitutes. See full description in Digital Collections 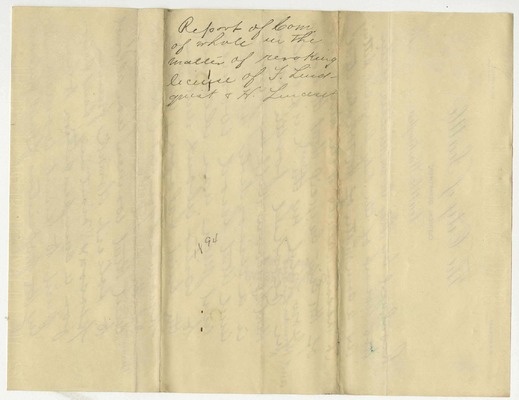 Report of Com. of whole in the matter of revoking license of F. Lind quist & H. Lindset

Last edit 8 days ago by Stevie 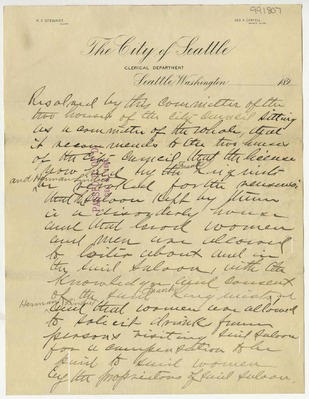 The City of Seattle Clerical Department

Resolved by this Committee of the two houses of the City Council sitting as a committee of the whole, that it recommends to the two houses of the City Council that the license now held by the Frank Linquist and Herman Lindset as revoked for the reasons that the saloon kept by them is a disorderly house and men are allowed to loiter about and in the said Saloon, with the knowledge and consen of the said Frank Linquist and Herman Lindset and that such women are allowed to solicit drink from persons visting said saloon for a compensation to be paid to such women by the proprietors of said saloon

Last edit 8 days ago by Stevie
Displaying all 2 pages