George Clement Perkins (1839-1923) was a California businessman who was one of the co-founders of the Pacific Coast Steamship Company. He was elected Governor of California and served from 1880 to 1883. In 1893 he was appointed U.S. Senator from California by Governor Henry Markham to complete the term of Leland Stanford following his death. Perkins served in the Senate from 1893 to 1915. 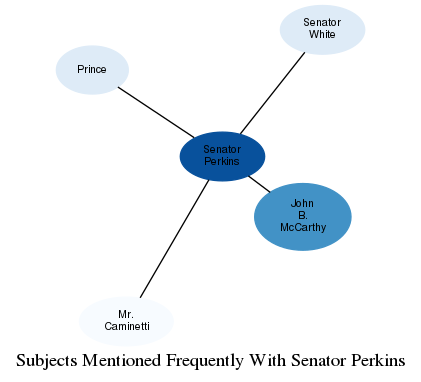 Show pages that mention Senator Perkins in all works