Gunaikurnai man McKay attended the Jeraeil that Howitt attended in 1884. He was also an informant for Howitt. He died in 1903 of influenza and was buried at Sarsfield. He was recorded as being 74 years old at his death, which would indicate he was born around 1829. 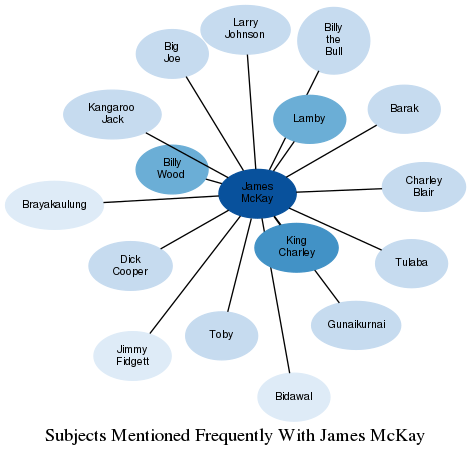 The graph displays the other subjects mentioned on the same pages as the subject “James Mckay”. If the same subject occurs on a page with “James Mckay” more than once, it appears closer to “James Mckay” on the graph, and is colored in a darker shade. The closer a subject is to the center, the more "related" the subjects are.

Show pages that mention James Mckay in all works