Johnny Connolly - Gartchuka of the Mukjarawaint. (I'll fix this up later)

John Connolly was Howitt's primary (and only) Mukjarawaint informant, his is also the only person to have given information pertaining to Bunjils Cave prior to it's 'discovery' by Europeans.

Connolly worked as a Stock-man and traveled to Wellington, Adelaide, Hamilton and Guichen Bay.

John Connolly had a cross cousin named George, George is a Wurant. (I'm not sure what happened to George)

John Connolly died at Rama-yuck and is buried in the Rama-yuck Cemetery. 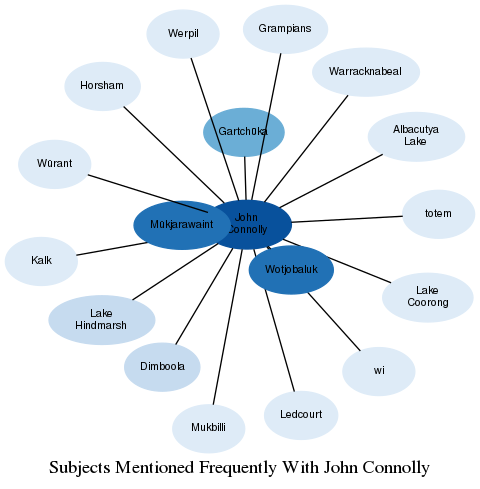 Show pages that mention John Connolly in all works