Lieutenant William Henry Breton, author of Excursions in New South Wales, Western Australia and Van Diemen's Land during the years 1830, 1831, 1832 and 1833 (London 1833). He also published a book on Norway in 1836. Breton became appointed a Major and was appointed a Police Magistrate, Chairman of the Court of Quarter Sessions and Commissioner of the Court of Requests. Breton gained some press attention for his evidence given before a House of Commons Committee describing the demoralising nature on British soldiers of working in the penal settlements in the colonies. 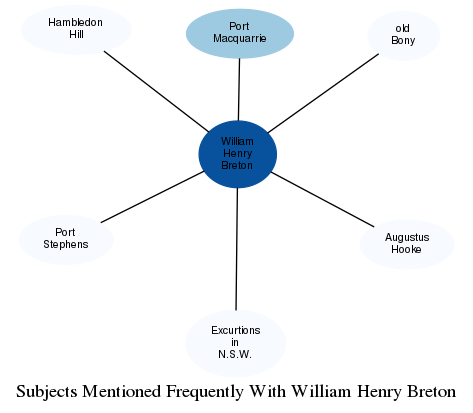 Show pages that mention William Henry Breton in all works