Geologist, paleontologist and archaeologist, William Boyd Dawkins published the book Cave Hunting in 1874. His research and his book were an important part of the discussions in the mid to late nineteenth century about deepening of time of earth and of humankind upon earth. He worked in the British Geological Survey in the 1860s and was a strong advocate for the importance of museums in public education. He was an anonymous critic of Charles Darwin, drawn in part from his religious beliefs.
References:
Frederick Aarons, 'Boyd Dawkins: The Cave Detective', The Sydney Morning Herald, 16 March 1929, p. 13, accessed 1 July 2020, http://nla.news.au/nla.news-article16538743.
Mark J White, William Boyd Dawkins & the Victorian Science of Cave Hunting : Three Men in a Cavern, Pen & Sword Archaeology, South Yorkshire, 2017. 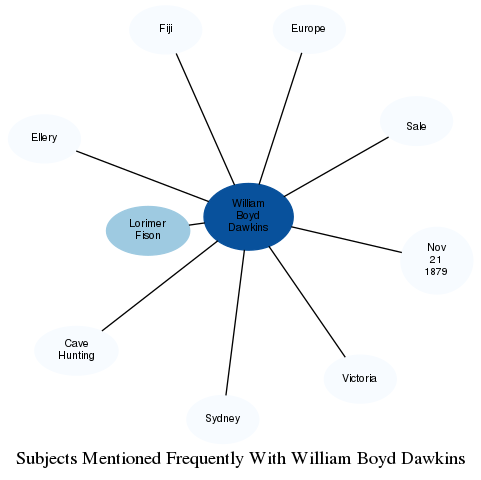 Show pages that mention William Boyd Dawkins in all works