Lewis Henry Morgan (b. 1818–d. 1881) is considered one of the founding fathers of modern anthropology. His work on kinship, particularly among the Seneca, influenced Howitt and Fison's work on kinship amongst Aboriginal and Pacific people and Howitt and Fison regularly corresponded with Morgan.
http://www.nysm.nysed.gov/native-american-ethnography/collections/lewis-henry-morgan-collection-mid-nineteenth-century
http://www.sas.rochester.edu/ant/morgan/bio.html 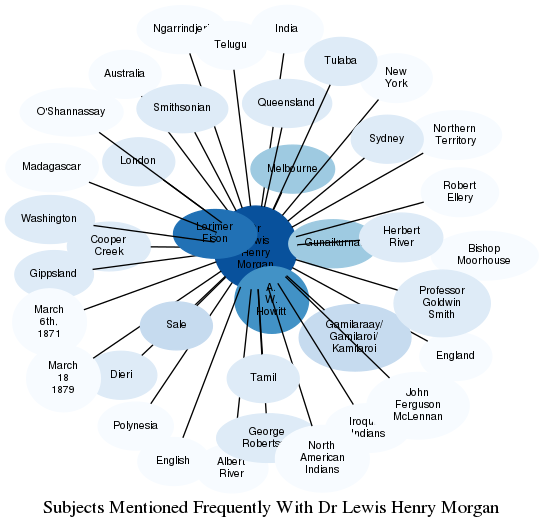