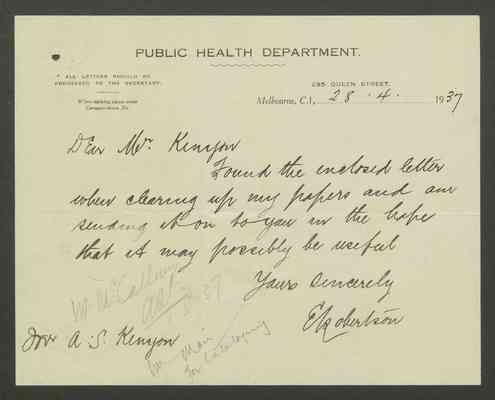 In Man For cataloguing 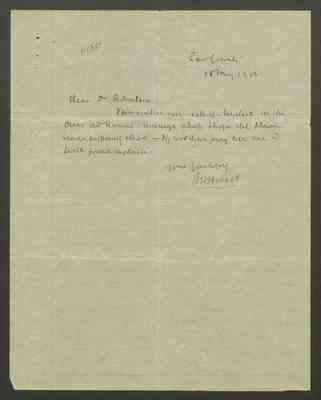 Law Courts 18 May 1906 Dear Dr Robertson I have enclosed you a short treatise on the Dieri and Kurnai marriages which I hope that I have made significantly clear. If not then pray tell me and I will further explain. Yours faithfully A W Howitt

Last edit 15 days ago by ALourie 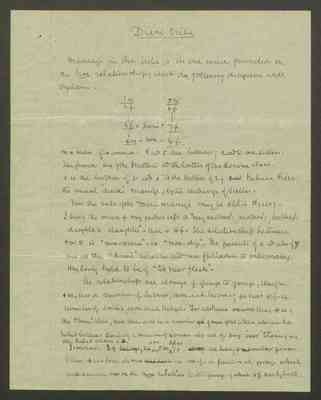 Dieri tribe Marriage in this tribe is in one sense founded on the Noa relationship, which the following diagram will explain.

m=man f=woman 1 and 5 are brothers; 2 and 6 are sister: The former, say of the Matteri and the latter of the Kararu class. 1 is the brother of 4 and 5 is the brother of 2; [and- crossed out] We have here the usual "double" marriage; by the exchange of sisters. Now the rule of the Dieri marriage may be stated thus:I being the man + my proper wife is "my mother's, mother's, brother's daughter's daughter - that is 8f. The relationship between 4 and 8 is "noa-mara" i.e. "noa-ship". The parents of 4 and also of 8 are in the "Kami" relation and are forbidden to intermarry, they being held to be of "too near flesh". 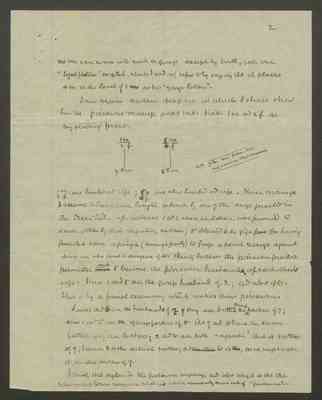 2 no one can come into such a group except by birth, with one "legal fiction" excepted, which I need only refer to by saying that it places 4m on the level of 1m as his "younger brother".

I now require another diagram in which I shall show how the pirrauru marriage works out. I take 1m and 2f as my starting point.

1m/2f are husband and wife; 5m/6f are also husband and wife. These marriages I assume to have been brought about by one of the ways practised in the Dieri tribes - for instance 1 and 2 when children were promised to each other by their respective mother; 5 obtained 6 by gift [from - crossed out] for having prevailed upon a pinya (revenge party) to forgo a blood revenge against someone who could dispose of 6. Being brothers the pirrauru practice permitted [them - crossed out] them to become the pirrauru husband of each others wife. Thus 1 and 5 are the group husband of 2; and also of 6. This is by a formal ceremony which makes them pirrauru. 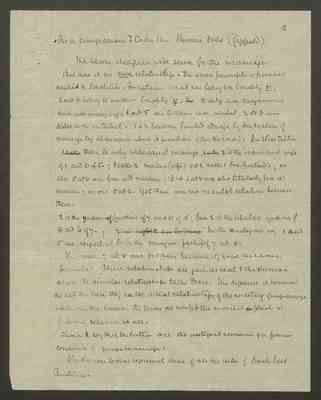 3 As a comparison I take the Kurnai tribe (Gippsland)

The same diagram will serve for the marriages But there is no noa relationship. The same principle is however applied to localities. For instance 1m and 2m belong to a locality x, 2 and 6 belong to another locality y. [The- crossed out] x and y are exogamous and intermarrying. 1 and 5 are brothers own, or tribal, 2 and 6 are sisters own or tribal. 1 + 2 became husband and wife by the system of marriage by elopement which is peculiar to the Kurnai. In this tribe [1 calls - crossed out] there is only individual marriage, [1 is the - crossed out] 2 is the individual wife of 1, and 6 of 5; 1 calls 2 maiau (wife) and 2 calls 1 bra (husband); so also 5 and 6 are bra and maiau. But 1 and 6 are also titularly bra and maiau; as are 5 and 2. Yet there are no marital relations between them.

The men 7 and 8 are brothers because they have the same parents. These relationships are just as real to the Kurnai as are the similar relationships to the Dieri. The difference is however that with the Dieri they are the actual relationships of the existing group-marriage which with the Kurnai the terms do not fit the marital [or - crossed out] filial or fraternal relatives at all.

Though I say that the latter are the vestigial remains of a former condition of group marriage.