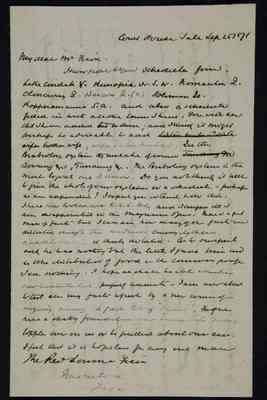 My dear Mr Fison I now post you schedules from Lake Condah V. Kunopia N.S.W. Nomaulin Q. Cloncurry Q. Barcoo Q. (2) Solomon Is. Kopperamanna S.A. and also a schedule filled in with all the terms I have. You will see that I have added two or three; and I think it might perhaps be advisable to add [Sisters brother's Sister -crossed out] wife's brother's wife, wife's sister's husband. In the Brabrolong system they would be of course [Tundung +c - crossed out] Bowung &c, Tundung &c. The Brabrolong system is the most logical one I know. Do you not think it well to give the whole of your system in a schedule - perhaps as an appendix? I expect you intend to do this. I have now looked over R. B. S. book and I confess that I am disappointed in the Magnum Opus. There is a great mass of facts but I can see how many of the facts are distorted through the meduim conveying them, and their value is thereby distorted. As to our special work he has nothing but the little I gave him and as to the distribution of food in the common group I see nothing. I hope we shall be able to make our contribution perfectly accurate - I am now about to test all my facts afresh by a new course of enquiry among a fresh lot of "Kurni." For if we have a shaky foundation our house will perhaps topple over on us or be pulled about our ears. I feel that it is hopeless for any one man The Rev. Lorimer Fison Navuloa Fiji 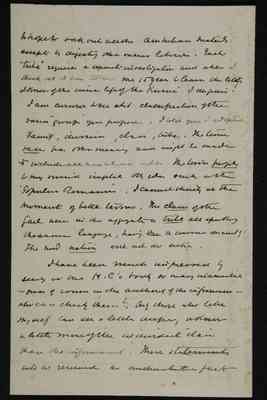 to hope to work out all the Australian materials excepy by digesting other men's labours. Each 'tribe' requires a separate investigation and when I think that it has taken me 15 years of labour the little I know of the inner life of the Kurni I despair! I am curious to see what classification of the various "groups" you propose. I told you I adopted Family, division, clan, tribe. The term race[underlined] has other meanings and might be made to include all Australian tribes. The term people [underlined] to my mind implies other ideas such as the "Populus Romanus". I cannot think at the moment of better terms. the clans [underlined] of the Gaels were in the aggragate a tribe [underlined] all speaking the same language, having [the - crossed out] a common descent; the word nation [underlined] will not do either.

I have been much impressed by seeing in the H. C.s book so many inaccuracies - given of course on the authority of the informers - who can check them? Only those who like myself can see a little deeper, or know a little more of the individual "clan" than the informant. These statements will be received as authenticated facts. 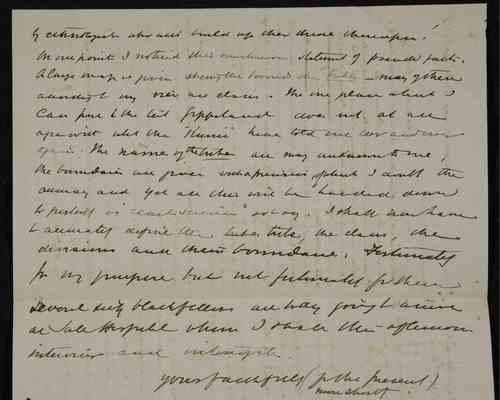 by ethnologists who will build up their theories thereupon. On one point I noticed this mischevious statement of pseudo facts; A large map is given showing the bounds the "tribes' [sic]- many of these according to my view are clans. The one place which I can put to the test Gippsland does not at all agree with what the "Kurni" have told me over and over again. The name of the tribes [underlined] are very unknown to me, the boundaries are given with a precision of which I doubt the accuracy and yet all this will be handed down for posterity as "exact science'" so to say. I shall now have to accurately define the tribe, the clans, the divisions and their boundaries. Fortunately for my purpose but not fortunately for theirs several sick blackfellows are today going to arrive at Sale Hospital where I shall this afternoon interview and interrogate. Yours faithfully (for the present) more shortly

Last edit 3 months ago by ALourie
All 3 records