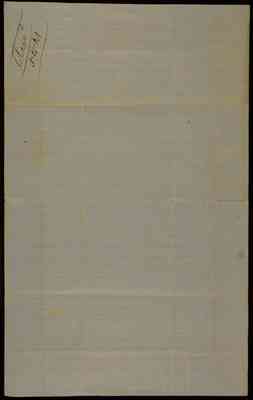 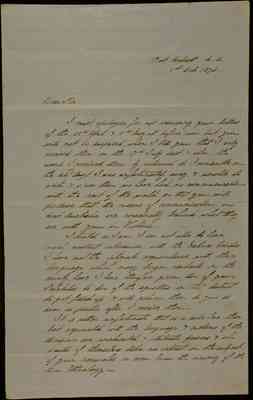 Situated as I am I am not able to have much constant intercourse with the Natives besides I have not the intimate acquaintance with their language which many longer residents in the country have. I have therefore given two of your schedules to two of the squatters in this district to get filled up + will return them to you as soon as possible after I receive them.

It is rather unfortunate that as a rule here those best acquainted with the language + customs of the Aborigines are uneducated + illiterate persons + who would of themselves take no interest in the subject of your researches or even know the meaning of the term Ethnology. 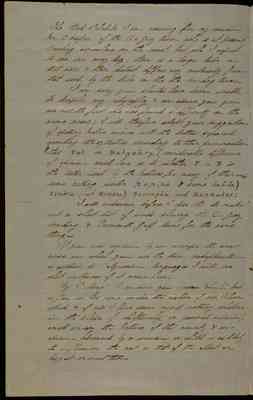 The third schedule I am returning for my cousin Mr C. Harper of the De Grey River, who is at present pearling somewhere on the coast, but who I expect to see in every day. There is a large tribe on that river + their dialect differs very materially from that used by the tribe on this the Harding River

I am sorry you should have been unable to decipher my caligraphy + can assure you you are not the first who has found difficulty on the same score. I will therefore adopt your suggestion of spelling Native names with the letters separate accenting the syllables according to their pronunciation Thus Pal or Balyahry (considerable difference of opinion exists here as to whether P or B is the letter used by the Natives for many of their words some calling water pap-pa + some bab-ba) Kimĕra (not Kimēra) Porongha, and Bannaker:

If you will explain by an example the exact sense in which you use the term reduplication as applied to Polynesian languages I will see what instances of it occur here.

By "Totems" I conclude you mean "chiefs" but as far as has come under the notice of all I have asked + of all I have seen myself nothing whatever in the shape of chieftainship or personal superiority exists among the Natives of this country + an opinion advanced by a woman or child is as likely to influence the rest as that of the oldest or biggest amongst them. 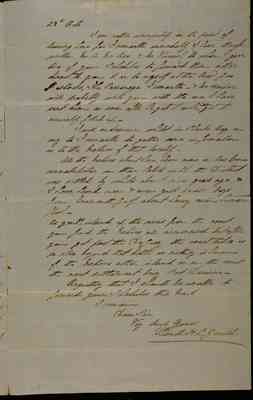 28th Octr I am rather unexpectedly on the point of leaving here for Fremantle immediately. I have though written Mr A. McRae + Mr Viveash to whom I gave two of your schedules to forward them either direct to you or to myself at the Revd Geo Bastocks The Parsonage, Fremantle + Mr Harper will probably write you with the one I have sent him as soon after he gets it as he can get it accurately filled up.

I will endeavour whilst in Slacks Bay on my to [sic] Fremantle to gather some information as to the Natives of that locality.

All the Natives about here have more or less been cannabalistic in their habits until the District was settled by whites about nine years ago I have heard men + even quite small boys from Exemouth Gulf admit having eaten human flesh.

Last edit 10 months ago by ALourie
All 4 records