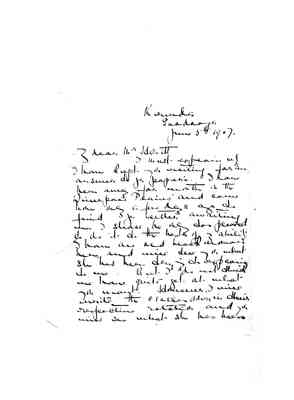 My dear Mr Howitt I must explain why I have kept you waiting for an answer to your papers. I have been away for months in the "[??] Plains" and came home only a few days ago to find your letter awaiting and I shall be only too pleased to do it to the best of my ability. I have an old black woman here and will tell you what she has been trying to explain to me. But I do not think we have quite got at what you want. However, I will write the classes down in their respective notation and you will see what she has been 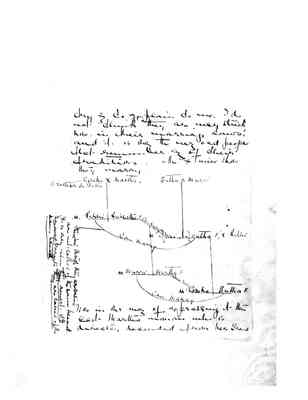 trying to explain to me. I do not think they are very strict now in their marriage laws and it is only the very old people that remember any of their traditions. The x will show they marry. 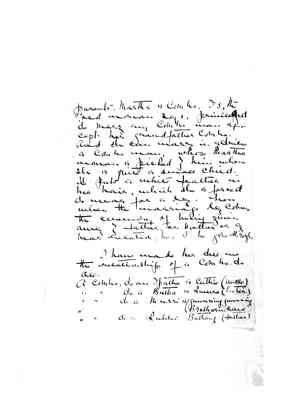 parents, Martha & "Comho?". As the old woman says, privileged do marry any "Comho?" man ex cept her grandfather "Comho?". And she can marry in [......] a Comho man, whose Martha woman is picked for him when she is quite a small child. He puts a white feather in her hair, which she is forced to wear for a day. Then when the marriage the ceremony of being given away the father the mother as is hear [.......]has to be [.... the "right?"]. 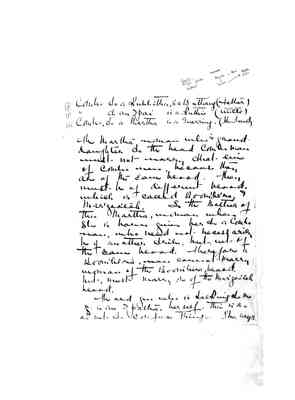 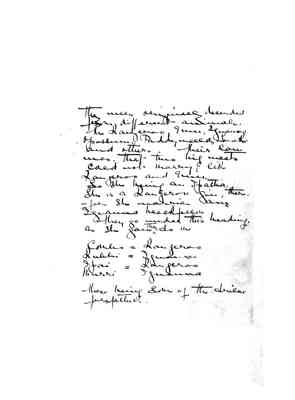 they were "originally?" decended from different animals. The Kangaroo, "Emu?", Iguana, Opossum, "Paddymelon?", Snake and others. Their law "means?" that "two big?" [.....] [....] not marry; like Kangaroo and "Iguana?" So she having an "Ipatha?", she is a Kangaroo gin, there fore she marries an Iguana blackfellow. They go under this heading, as she gave them to me.

these being some of the tribal forefathers.