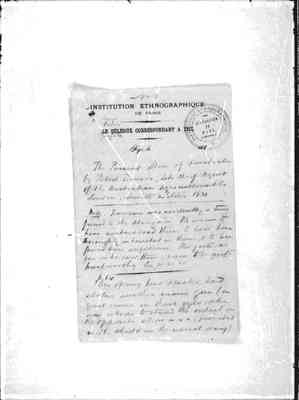 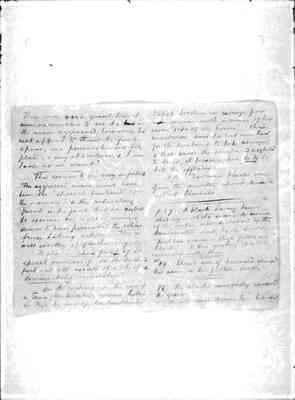 There were vast quantities of men [?assembled] to see it: (word crossed out) as the man aggrieved, however, did not appear to throw the first spear, no punishment took place, & my [?champion] & I [?] back as we went.

This seems to me very important. The aggrieved man must have been the "special husband" of the woman & the interesting point is the fact that his neglect to exercise his right of revenge seems to have prevented the others from taking action. This is well worthy of further enquiry.

It also is clear proof of a special ownership on the husband's part - at all events of a chief [?] ownership.

On the contrary - in the case of a [?Tana] [?] [?] woman killed in Fiji by one of her husband's tribal brothers in revenge for [?interference] with a man of her own "side of the [?river]" this murderer said he had [?] won her for the husband to take revenge: & that since the husband neglected to do so, it became his duty to kill the offender.

N.B. Dawson's blacks were from the country about [?Newcastle] and Port Stevens.

P.87 A black having been shot by a white man, the [?bearers] of the corpse were distressed by the examination made by the doctor. [?] [?] [?] - black fellow no like it. Is there anything [?special connected with this.

P.89 Eldest son of deceased changed his name on his father's death.

P. 88 The blacks carefully [?covered] the grave. (This is the custom of some Fijian tribes (?)) 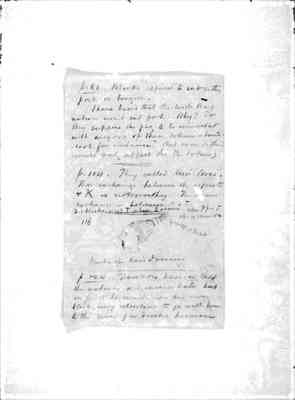 P.82 Blacks refused to eat either pork or tongue.

(I have heard that the Wide Bay natives won't eat pork. Why? Do they suppose the pig to be connected with any one of them when [?bands] lost for instance? But even so this [would/could] only affect the B. totem.)

p.124. Dawson denies that the natives are cannibals but on P. 125 he records how his own black being reluctant to go with him to the river for ducks because 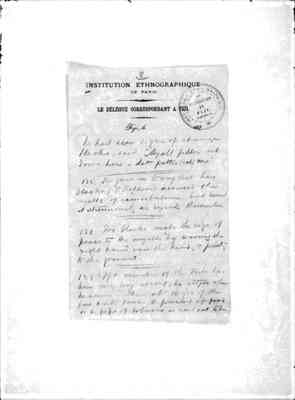 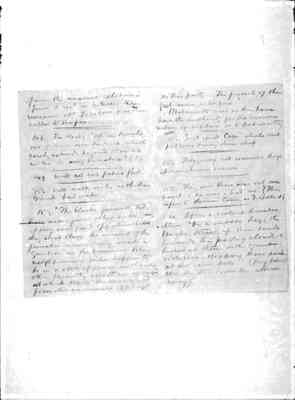