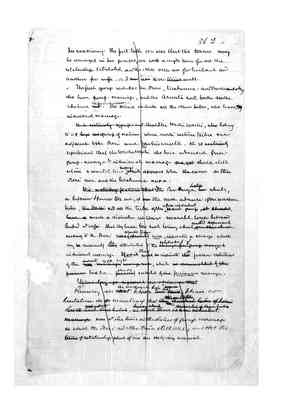 In examining the first table one sees that the terms may be arranged in two groups, one with a single term for all the relationships tabulated, and the other with one for husband and another for wife, as I ['now use' crossed out] define these ['terms' crossed out] words.

['I have long ago expressed an opinion that' crossed out]

Reviewing all ['that I have [now?] said' crossed out] the evidence before me, I have no hesitation in maintaining that ['the Australian tribes of [....]' crossed out] ['South East Australia, in which there is now individual' crossed out] ['marriage' crossed out] were at the time in the status of group marriage in which the Dieri and other tribes still are, and that the terms of relationship which [I?] use are [vestigially?] survival. 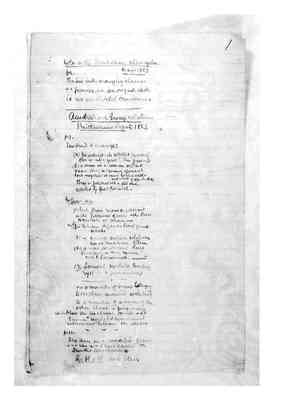 Note on the Australian class system

Two Kinds of Marriage: (a) two individuals allotted [premaritaly?] often in [cabin?] youth by their parents (b) a man and a woman allotted to each other as "accessory spouses". each may stand in same relation to other individuals of opposite [sides?] [These are?] pirrauru - and are allotted by Great Council.