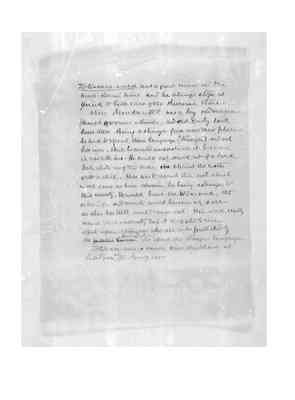 Toto-wara-wara was a great man in the Muk-Kurnai time and he always stops at Yiruk to take care of the Kurnai there. When Bundawāl was a boy old Morgan (Bunjil gwaran = thunder) and old Darby took him there. Being a stranger from another place he had to speak their language (Nangai) and not his own. But he could understand it because it was like his. He could only drink out of a bark bowl while one of the men stirred the water with a stick. This was to avoid the evil which would come in him otherwise he being a stranger to this country. He would have the Wia-wuk, that is his lips and mouth would become very sore as also his teeth would come out. Wia-wuk really means "Bad-country" but it is applied to the effects upon strangers who are not all protected by the [people Kurnai -crossed out] Brataualung who speak the Nangai language Totawara-wara is known to all the blacks at Lake Tyers and the Snowy River. 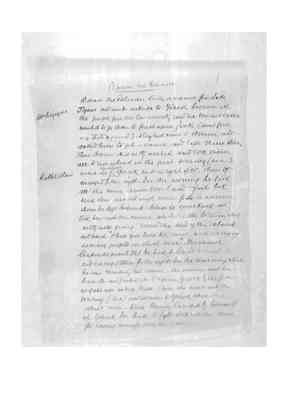 1 Borun the Pelican Borun the Pelican took a canoe from Lake Tyers and went outside to Yiruk because all the people from the low country and the mountains wanted to go there to feast on jiak (meat-food eg. fish and game). They had come to Borun and asked him to get a canoe and take them there. Then Borun did as they wished and took them all to an island in the great waring (sea) outside of the shore Yiruk but in sight of it. There they camped for the night. In the morning he took all the men across to the land first but said there was not enough room for [the- crossed out] a woman whom he left behind. When he came back and took her into the canoe she broke the bottom out as they were going round the end of the island and said "There you broke the canoe with carrying so many people in it at once." The canoe leaked so much that he had to land to mend it and camped there for the night. In the morning while he was mending his canoe the woman cut her hair off and fastened it to a piece of wood by the fire as if she were asleep there. Then she went into the waring (sea) and swam to Yiruk where the others were. When Borun landed by himself at Yiruk he had to fight with all the men for having run off with the woman. 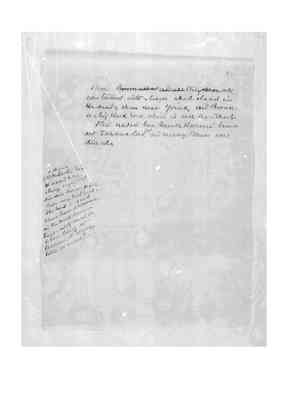 Then [Borun all a and all - crossed out] they [others - crossed out] all were turned into stones which stand in the sandy shore near Yiruk and Borun is a big black rock which is with the others. This was in Muk Kurnai times and Tal-aua-lūk (1) and many other were there also.

(1) A Bird The Leather head It is said to be always crying out Din-din barat prōck. That is very bald head. This bird is said to have been a woman in the Muk Kurnai times - and they know it to have been so because it "always talks so much". 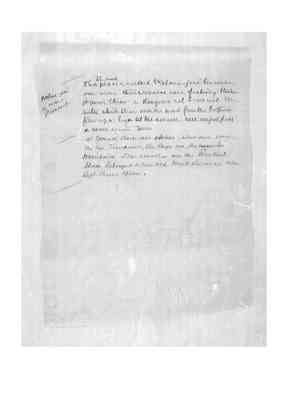 This place [It was - crossed out] is called Walma-jeri because once where three women were fishing their Brewin threw a Kangaroo rib bone into the water which then with the mud from the bottom flew up so high that the women were engulfed in + never again seen. At Yiruk there are stones, where were once the two Tunduns, the large one, the [man to- crossed out] Weintwin [father/male] and the smaller one the Rukut [mother/female]. These belonged to the old Muk Kurnai who left them there.

[written in left side margin] Walma-jeri is near Prospect - Seaspray. 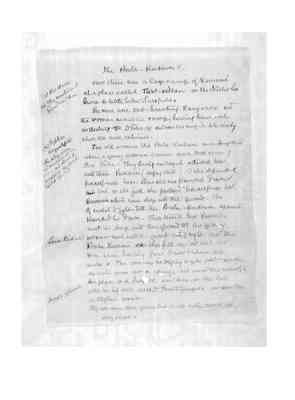 Once there was a large camp of Kurnai at a place called Turt-willan on the Nicholas River a little below Sarsfield.

The men were out hunting Kangaroo and the women were at the camp, having been out collecting Dūra (2) and were cooking it to be ready when the men returned.

Two old women the Bula-Kukun were doing this when a young woman came and took some of their Dūra. They being enraged attacked her with their Kunnin (digging stick) and she defended herself with hers. Then she has knocked down [and - crossed out] but as she fell she propped herself on her Kunnin which ran deep into the ground. Then they continued to fight till the Bula-Kukun again knocked her down. This time her Kurnin went so deep into the ground that the young woman went into the ground out of sight and the Bula Kunnu also fell in and were no more seen having gone down to where the water is. The women in trying to get out make the water come out as springs all round the country. One place is at Sarsfield and then at the hill with her big rocks called Penta Gingata and another at Clifton's morass. They were never seen again but made water come up everywhere.

[written in left side margin] (1) Kukun is the maternal grandmother.

(2) Typha angustifolia The rhizomes and cooked in the ashes and chewed to extraact the sweet tasting starch?