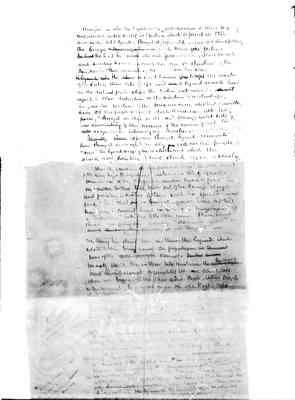 Bunjil is also the Eaglehawk, but - nowhere is there that confusion of individuality or of nature which is found in the actors in the tribal legends. Bunjil is represented as an old blackfellow, the benign ["Nurungaeta" -crossed out] head man of the tribe. [He lived He had -crossed out] His two wives who were Gunawara (Black Swan) and according to some accounts his son is Binbial -(the Rainbow). Other accounts say that was his son. [A legend rela- crossed out] He [also -crossed out] is said to have [given - crossed out] taught the members of the Kulin their arts of life and [one - crossed out] a legend reveals how in the distant past when the Kulin intermarried without regard to class distinction or the restriction of relationships, he gave his evidence to the medicine men who had gone up to him, consulted him that the people should divide themselves into two parts, "Bunjil on this side and Waang was that side"., Thus accounting for the divisions of the community into two exogamous intermarrying moieties which regulate Kulin marriage.

[Finally Boru- crossed out] Another Bunjil legend recounts how Bunjil went up to the sky with all his people, "sons" the legend says, in a whirlwind which the Musk Crow (Belin belin) had stored up in a skin bag.

There they remain and were pointed out by the old men to the [young- crossed out] boys. A significant instance is that of Berak. When he was a boy "before his whiskers began to grow" his mother's brother took him out of the camp at night and pointing to [a star - crossed out] a star with his spear thrower said "See! that one is Bunjil - you see him and he sees you." Commonly Bunjil was spoken of as "Minya ngain" that is "father-our" rather than by the other name. I have seen Berak use gesture signs indicating "old man - up there" to avoid [the using Bunj- crossed out] speaking the word Bunjil; -

One thing has struck me in [these-crossed out] the legends which relate to this being namely the preponderance in [them- crossed out] him of the anthropomorphic element. [In the custom -crossed out]

Usually the actors in these tales combine the human [anthropomorphic- crossed out] and animal element so completely that one cannot tell where one begins and the other ends. But taking Bunjil as the example, he is in all cases the old blackfellow [the rest of the page is faded and difficult to read]

[left margin notes too faded to be able to transcribe]

Last edit about 4 hours ago by ALourie 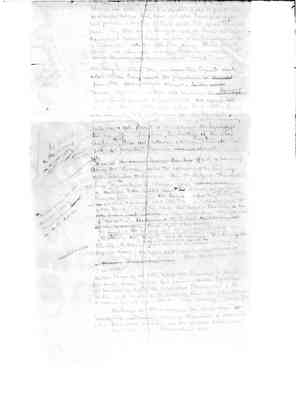 When he was a boy "before his whiskers began to grow" his [mot-crossed out] mothers brother took him out of the camp at night and pointing, 'to [a star - crossed out] Altair with his spearthrower said "See, that one is Bunjil - you see him and he sees you." Commonly Bunjil was spoken of as "Mangan-ngaui" that is "father-son" rather than by the other name. I have seen Berak use gesture signs indicating "old man - up there" to avoid [the using Bunj - crossed out] speaking the word Bunjil: -

One thing that struck me in [these - crossed out] the legends which relate to this being namely the preponderances in [crossed out - them] him of the anthropomorphic element. [crossed out - In the custom] Usually the actors in these tales combine the human [anthropomorphic- crossed out] and animal elements so completely that one cannot tell where one begins and the other ends. But taking Bunjil as an example, he is in all cases the old blackfellow.

is the bat. Yet Bunjil is in nature the Eaglehawk, his son is the Rainbow, his brother is the star Antari, thus all retaining a totemic character but with a preponderate human [character - crossed out] element.

[words crossed out - It is a The kurnai legends tell how] (quote the bullroarer) Among the Kurnai, under the influene of the teachings of the initiation ceremonies the knowledge of the attributes of the being who is the equivalent to "Mungan ngaui'" [crossed out - with the Kurnai] is restricted to the initiated men. + it is only at the last stage of such ceremonies that they are told of his attributes novices and are then cautioned not to tell [illegible word/s] " when they go back" that is to the camp, what they have seen and heard. This being his [crossed out - only Kurnai, in by individuals] no other name than "Mungan ngaui" "our father". [The legend is that he went up in the sky and - crossed out] [that's where he remains. Another legend (quote K + K) - crossed out]

The legend is that he went up to the sky where he still is. [line illegible] [?] the Jeraeil and its ceremonies. His son is the Tūndūn the Porpoise as the initiated are told, came down at the ceremonies to make the boys into men. One legend relates (quote K + K) re bullroarer [where "Mungan fire" -crossed out] when the Aurora is seen (quote this).

All that I can say as to the belief of the Theddora is derived from an old womanone of the last survivors, who when I asked her who Daramulun was replied " All I know about Tharamulun is that he lives up in the sky and that he comes down with a loud noise to make the boys into men. We call him "Papang" (father).

The belief in Daramulun the "Biamban" ["martia" (p. ) or - crossed out] the "papang" to Biamban is common and to these tribes which attended at the [gr cere- crossed out] Initiation ceremonies.

The teaching as to Daramulun are

Last edit about 4 hours ago by ALourie 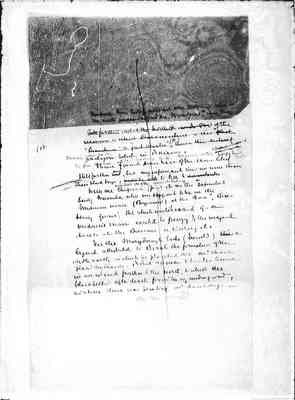 [Still further out to the northward and from- crossed out] of the [crossed out - ceremony in which Daramubau is the "great ] [crossed out - "Biamban" or "great master", (p) there is the entirely]

ceremonies there is the analogous belief in Baiame. The Bora ceremonies on the teachings as Baiame extend [to the ?? of NSW ?? - crossed out] South Queensland border

I have found some traces of the same belief still further away [out- crossed out], but my informants know no more than their black boys, [crossed out - would be able] to tell to [crossed out - an outsider]. [line illegible]

With the Chepara (p - ) it was "the supernatural being Maamba who was supposed to be in the Medicine man Bugerum at the Bora", this being preciselt that which would be said of a medicine man excited to frenzy by the magical dance at the Bunan or Karingal.

In the Maryborough tribe (Queensland) [crossed out - the] a legend attributed to Biral the formation of the whole earth in which he planted trees and then placed the blacks. Biral appears have his home in an island further to the north, to which the blackfellow after death found his way under ground, and where there was feasting and dancing. 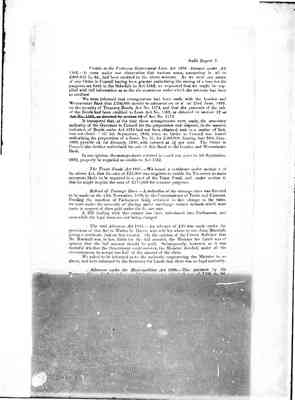 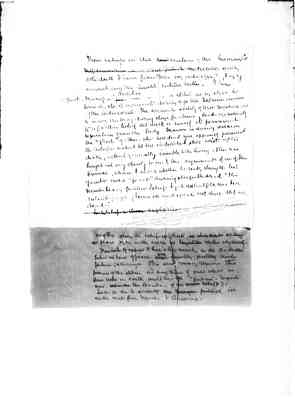 These beliefs in the customs of the human's [crossed out - self concsious, as we should put it the human] spirit after death I have found to be very wide spread, [?] [?] [??], among the Australian native tribes. The

Yambo, Murup - or Bulabong - -or whatever we may choose to term it, clearly represents during life the self consciousness of the individual. The apparent ability of this self consciousness to leave the body during sleep for a time, leads up naturally to a further belief that death is merely its permanent separation from the body. Moreover as during dreams the "ghosts" of others who were dead were apparently perceived the belief is natural that the individual still exists after death, although generally invisible to the living. This was brought out very clearly to me by the argument of one of the Kurnai, whom I asked whether he really thought his Yambo could " go out" during sleep. He said "This must be so, for when I sleep I go to distant places, I see distant people; I even see and speak with those that are dead."

[Crossed out - such beliefs as these explain]

There [crossed out - into] [??] appear to live a life much as do the [dead?] below in time of peace are [crossed out - which] hunting, feasting and festive gatherings. This would necessary require the presence of the elders and any therefore of ones who are these tribe in earth would be the "great one" - "or guest man" [crossed out - that in the] the Biambau of the [word crossed out] tribe (p).

Such a one is evidently [crossed out - the Mungsn] pictured in all the series from [Nurete?] to Baiame.