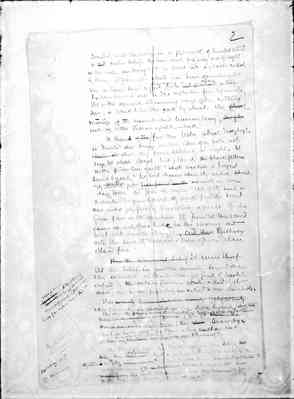 connected with the belief in a flat earth of limited extent is [crossed out - the] a Kulin belief. The sun when passing out of sight in the west was thought to go down into a place called by them Ngámat which has been described to mean being like a great hole [inserted above - this can describe] what [crossed out - centre of which] "a tree has been burned out". The reflection from Ngámat, that is the upward streaming rays of the setting sun, is said to be the path by which the [crossed out - ghost] mūrŭp, the disembodied human being, [crossed out - the ghost] went up to the [Tharau-galk-bek?].

A legend [crossed out - of the] from the tribe about Maryborough in Queensland also brings out the idea of a hole with [crossed out - whic and] which the sun retired at night. It says that where Biral had placed the blackfellows in the primitive earth "which was like a huge sandbank" he told them when they asked where "they could [crossed out - should] get [crossed out - fire from" in the] warmth in the

day time and fire at night". [All?] if they went in a direction he pointed out they would find the sun and could get fire by [Kurubuy?] a piece of the [going?] far in the direction they found as the sun came up out of [one?] hole in the morning and [??] with another at night. [crossed out - and then] Rushing after the sun they [Kunned?] a piece off and [??] obtained fire.

[crossed out - then the [semi?] belief] It [??] therefore that the belief in another country beyond the sky extended at least over that part of Australia definedd by the [??] given - about a [??] of its aim, and in all such beliefs extended over the whole.

Last edit 25 days ago by ALourie 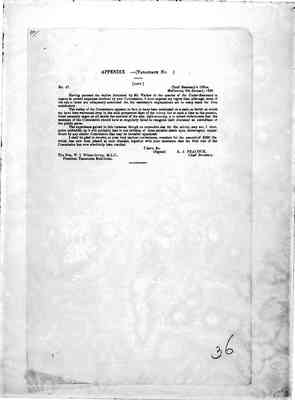 [Page from report - not transcribed] 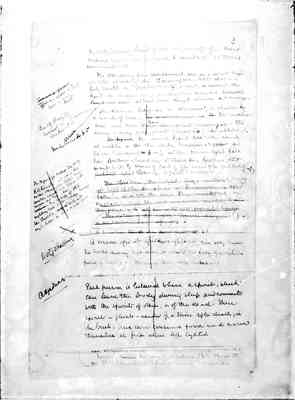 The notes of [ballery?] heard of heard of their sky country from their medicine men who professed to ascend to it and then communicate with

The Wȍeworung believed [crossed out - that Bunjil also in a country beyond the sky and called it the Tharau-galk-bek (1) which [??] [??] freely translates as "Gum tree country", to which country to the legend the medicine men in olden times ascended [crossed out heavenward] [crossed out - Brought who ?] and brought back Bunjil and man as [to?] [marriage?].

Legend of Bunjil ascent to [?ward?] much here A to 5

[crossed out - the legend] The land beyond told to the [novices?] at initiation is that there abides [Munyara-ngaur?] and his son [Tindun? or Jindun?] (p-) and the common legend tell him [Auilum-baukan?] and their ] - son [Buthun-tūt?] ascendto it by means of cords of the sinew of the red [?] (-?) [crossed out - fact of the sky.] thrown up and pushed to [??].

[Paragraph of 8 lines crossed out ]

[Left margin note] The Ngarego called the sky Kūlŭmbi and said that on the other side there was another country like theirs with rivers and trees. The beliefs of the neighbouring tribe to the Ngarego, namely the Theddora, [crossed out - only] and Wolgal maybe taken on the same.

[Left margin note] Wotjoballuk A mans spirit - [Gŭlkūro-gŭthkaro?], can only leave his body during life when it visits the body of a victim killed by him. Dreams are only thinking.

[Left margin note] [Adjadura?] Each person is believed to have a spirit, which can leave the body during sleep and communicate with the spirit of others, or of the dead. These spirits - ghosts - wander for a time after death, in the bush, and can consume food and warm themselves at fires when left lighted. 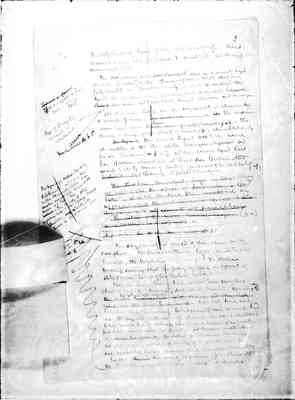 [This is page 3 again - not transcribed] 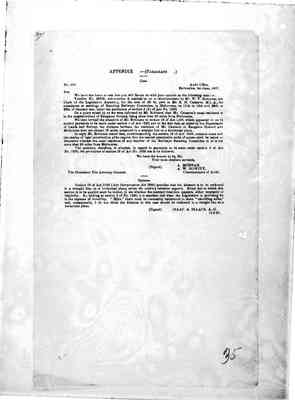 [Page from a report - not transcribed]